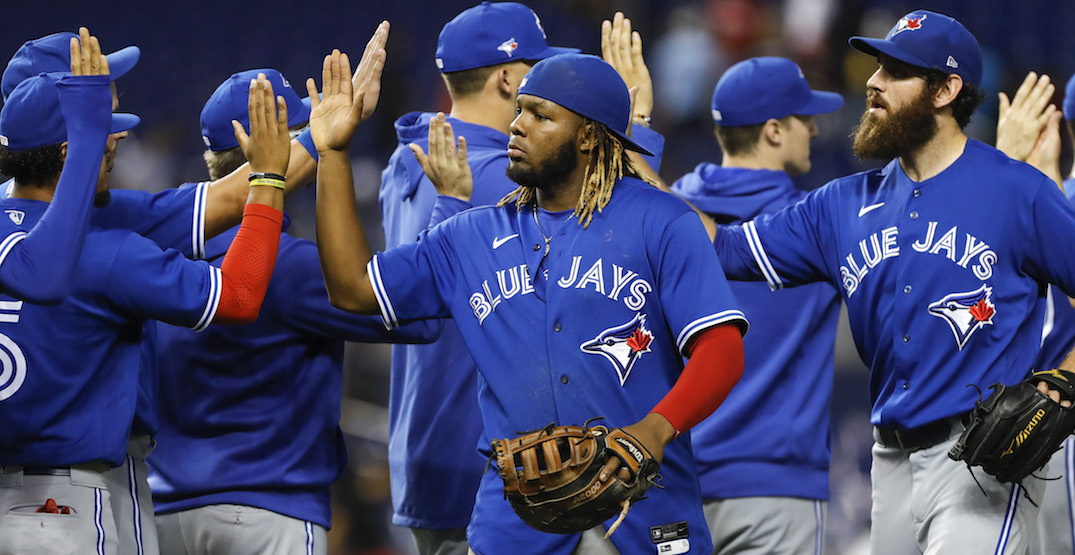 “So you’re telling me there’s a chance?” Yes, Lloyd Christmas, the Toronto Blue Jays can still make the playoffs, but they’re running out of time.

After dropping a pair of games to the lowly Washington Nationals, the Blue Jays playoff odds dropped to 16.7% on FanGraphs and 34.4% on Baseball Reference. They still have a chance, but with only 43 games left in the schedule, they’re running out of time to gain ground.

After an impressive 9-2 homestand in Toronto a few weeks ago, the Blue Jays went 3-6 on their latest road trip against the Angels, Mariners and Nationals. Thankfully, their Wild Card cohorts have struggled as well, which leaves the Blue Jays only 4.5 games out of a playoff spot currently.

But they’ve got some work to do. With six weeks left in the season, the Blue Jays need to execute their best baseball of the season if they want any chance of sniffing the postseason for the second consecutive season.

There are several outside factors, and things could go many ways between now and the end of the season, but there’s a roadmap where the Blue Jays can still make the postseason this year. Most of their fate lies in their hands, some lies in the hands of their opponents, and the rest lies with lady luck.

Right now, the second Wild Card team (the Oakland A’s), sport a .566 winning percentage, which pro-rates to a 92 win season. Assuming it’s going to take 92 wins to make it into the playoffs this year, here’s how the Blue Jays need to finish the schedule.

With a 63-56 record, the Blue Jays need to go 29-14 over their final 43 games of the season, which would be .674 baseball down the stretch. Not impossible, but certainly tough. However, the Blue Jays have a few things going for them over their next 43 games.

After going through the meat grinder in the first half, the Blue Jays have one of the most favourable strength of schedules of any Wild Card contender.

These are teams the Blue Jays should beat handily, especially the Orioles. There is no excuse why the Blue Jays can’t take care of business against these three teams in August and September.

Not that these series are ever a given, but for argument’s sake, let’s say the Blue Jays win 17 of those 23 games. That puts them on a good path, but they have their work cut out for them against teams above .500.

It’s a tough ask, but those victories against Wild Card opponent games keep the Yankees and A’s at bay, while hoisting the Blue Jays further up into the standings. It’s one thing to make hay against sub-500 teams, it’s another to do it against legit contenders.

Raise the game against division leaders: 6-4

Then there’s six games against the Rays, who are running away with the American League East and always play the Blue Jays extremely tough, no matter if it’s home or away. Winning four of six is crucial to keeping Toronto’s postseason hopes alive.

And then the Blue Jays have a four game set against the AL Central-leading Chicago White Sox next week, although those games are at home in Toronto. Winning three of four would be a huge accomplishment, but necessary for the Blue Jays.

And after all that …

If all those things break right and the Jays win 17 of 23 against the Tigers, Orioles and Twins, the Jays take seven of 10 against the A’s and Yankees, and six of eight against the White Sox and Rays, that gets the Blue Jays to 92 wins.

Even then, that win total doesn’t guarantee the Blue Jays a playoff berth, but it gets them close to the edge. Finishing the 2021 campaign with a 90+ win season is something to be proud of, even if it doesn’t get the Blue Jays into the playoffs.

The magic of this last quarter of the schedule is the Blue Jays hold their fate in their own hands. They could use some help of opponents beating up on the Yankees, A’s, Red Sox and Mariners, but the Blue Jays can only control what they can control.

This is one of the most potent lineups in the American League. The bullpen has been shaky for most of the season, but afforded enough of a cushion from the bats, that should be enough to carry the Blue Jays the rest of the way.