Housing, poverty and homelessness are the top issues facing British Columbia, according to the latest B.C. Government Report Card poll by Insights West.

The marketing research company, in partnership with Business in Vancouver, surveyed 801 British Columbians in an online poll between May 2 and May 5.

The study found that – for the first time in three years – housing, poverty and homelessness were of most concern, with 22% of respondents ranking them the most important issue. 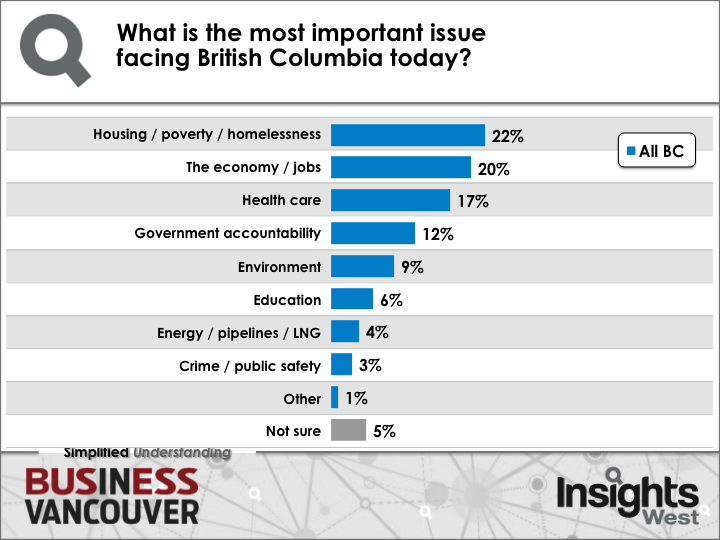 Reflecting the overall findings, 71% thought the Liberals had done a bad job of handling housing, poverty and homelessness in the province.

The Liberals were also judged to have done a bad job of handling government accountability (67%), education (62%) and health care (60%).

People were most happy with the Liberals handling of the economy and jobs, with 39% approving their work in that area.

Other issues garnering approval were crime and public safety (34%) and the environment (32%).

Ahead of next year’s provincial election, poll participants were also asked how they would vote if the election were tomorrow.

Some 40% of British Columbians said they would vote BC NDP, with the Liberals BC trailing behind with 34% of participants’ votes.

The BC Green Party came third, with the support of 14% of poll respondents and the BC Conservatives came last with only 10% of peple saying they would vote Tory. 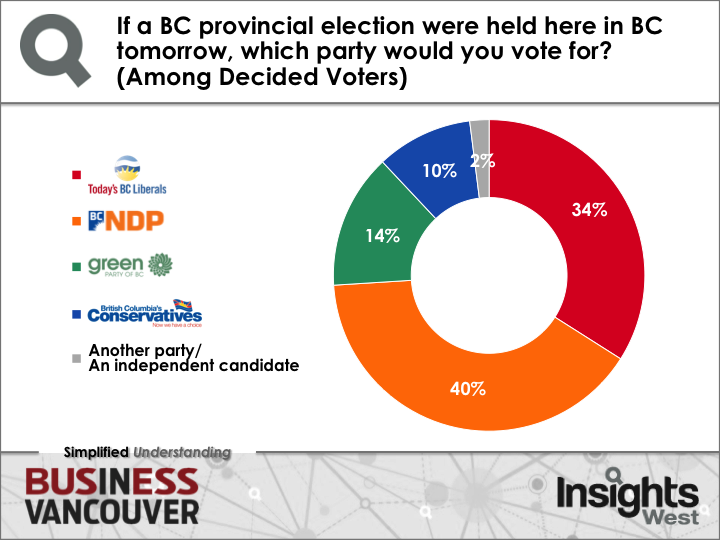