Are you ready for this? The new trailer for House of Cards debuted tonight at the Golden Globes. Season 3, here we come.

Kevin Spacey won the Golden Globe for Best Actor in a drama series, closely following his Frank Underwood character’s meteoric rise to power. But as the infamous Underwoodism goes, “friends make the worst enemies,” so we’re beyond excited to see what up for Netflix’s hit political drama series. 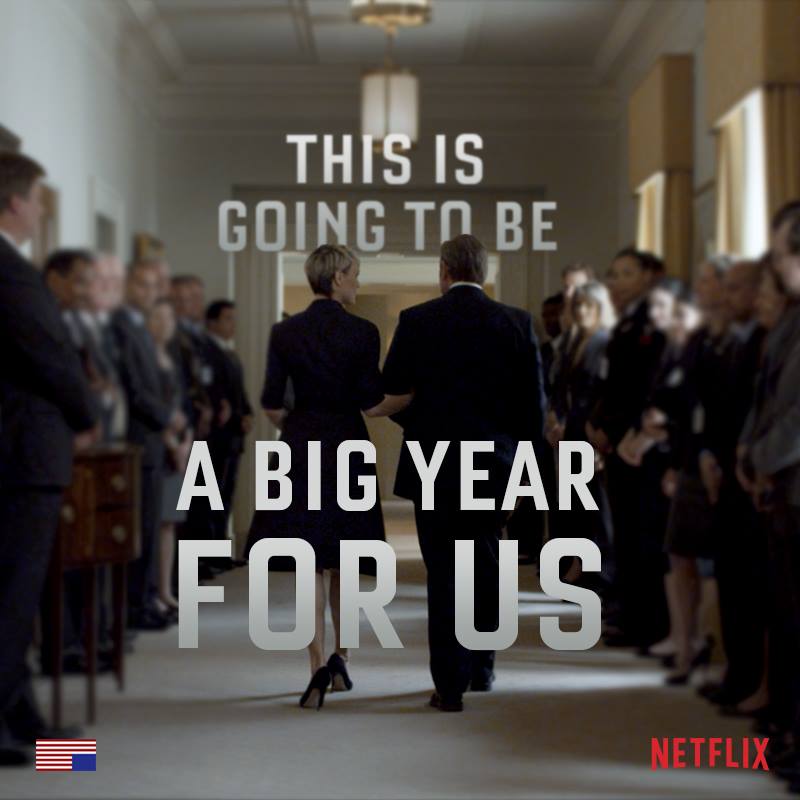 It wouldn’t be House of Cards after all, if it left the Underwoods too comfortably on the presidential seat.

House of Cards returns to Netflix on February 27, when the full season 3 will join season 1 and 2. Will you be binging?