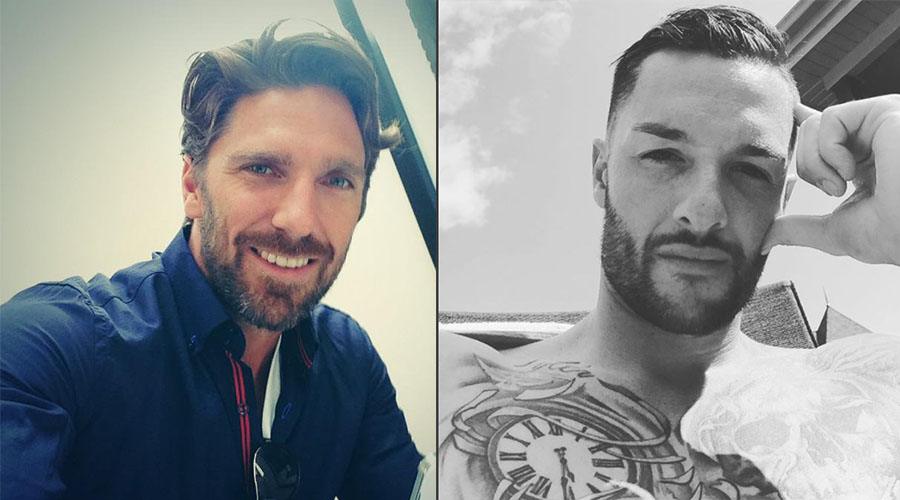 Hockey season is nearly upon us, which means fans are gearing up to see some incredible ice action and feel some serious hometown pride.

The rest of us, however, are just looking forward to watching hot men play with sticks.

Whatever your reason for watching, you can’t deny that there’s a plethora of hot men to oogle in the process. Luckily for you, we’ve compiled a list of the hottest players the NHL has to offer.

Here are 20 of the hottest hockey players in the NHL.

If The Great One can pull it off…..

Hailing from Fort Saskatchewan in Alberta, Lupul makes hearts race with his beautiful hazel eyes and strong jawline. Add in that height, and you’ve got yourself a hockey heartthrob.

A little height never hurt anyone either. This hunk stands at 6’1″ tall.

This Texas cutie is originally from Brampton, Ontario. Between the full tattoo sleeves, beard, and boyish good looks, Seguin is sure to make fans swoon. Plus he looks pretty cute in a snapback.

It was a pleasure to see Veronica after a #Stars win. https://t.co/QvXihjkQBV pic.twitter.com/6Oj6HqILsV

Boooyyyaaaa!! One wish down, one to go… #ToastsAllNightLong Fyi, swedes celebrate the 24th..

Swedish babe Henrik Lundqvist’s classic good looks are reminiscent of a bygone era. Maybe he should have considered leaving the New York Rangers for a role in Mad Men? Either way, there’s no denying that this man has some striking features.

Ok, let’s be real, everyone loves a family man. Look at how adorable Jonathan Bernier is with his wife and baby in this photo – what’s not to love? Aside from his groomed, boy-next-door good looks, of course.

Finally got a shirt to show off the roots #eastcoast #PEI

Can we just fall into the fact that Darnell Nurse is 6’4″? Sigh. Aside from that, his cute smile, occasional beard, and his endless support for his sister Kia (who plays basketball for Team Canada) makes Nurse one sexy man. Can you say hello, nurse?

Erik Gudbranson’s Instagram paints a picture of an adventurous spirit, since he seems to love travelling. Combine that with tattoos and a winning smile, and you have yourself a regulation hottie.

Those dimples, that scruff – what more could you want out of a Montreal Canadiens goalie? His boyish good looks make him approachable, and his 6’3″ height isn’t bad either. Babe.

Was an Honor to receive the J.R. McCaig award!! Thank you. #CofRed pic.twitter.com/cem1rbdb3c

A little scruff never hurt anyone. Standing at 6’1″, defenceman for the Calgary Flames TJ Brodie has plenty of it, but it seems he shies away from social media. That, my friends, makes anyone way more attractive.

Its time with willy

Gabriel Gagne is the youngest of anyone on this list and the most recently signed, too. Luckily for you, his age means he’s also the most social media savvy. Oogle his Instagram account for more of Gagne.

Crosby has an unusually toothy grin for a hockey player. The Nova Scotia native has boyish good looks, with full lips and a good, square jaw. And at 5’11” and 200 pounds, he’s not a bad size, either.

Had a blast in Barcelona now last few weeks before training camp …. Let’s get back to work @jonchaimberg @shanswimwear

It seems the Pittsburgh Penguins have some pretty babely players. Kris Letang makes people swoon with his scruff, charming smile, and love for his wife and son (it’s pretty clear they’re his number one if Instagram is any indication). It doesn’t hurt that he likes to look fresh, too.

Wish I was home for this one! #happy3rdbdaypayts

Well, hello there. Andy Andreoff is the definition of tall, dark, and handsome. Standing at 6’1″ tall and with a constant growth of scruff on his face, Andreoff is the Los Angeles pretty boy we all need in our lives. Plus he loves his niece – too cute.

Nobody rocks a white t-shirt and sneakers like this 6’3″ babe. The Swede plays for the Washington Capitals, but he also plays with our hearts.

“I just want to continue to contribute any way I can.”

With his all-American good looks, Glendening wins hearts left, right…and centre. The Michigan native is very private on his social media channels – his Instagram is completely private – which makes him all the more alluring. Kudos, Glendening. Kudos.

Even with a missing tooth, this hockey hottie’s good looks can’t be denied. Plus, Nolan’s dedication to First Nations issues (he’s a member of the Ojibwe First Nation) shows he’s passionate, and that’s very attractive.

Had a lot of fun at the #rocktheredcarpet event before the season opener last night! Best fans out there!

Wilson has a strong, powerful gaze, even when he’s making a neutral facial expression. Just check out his official photo here. And standing at 6’4″ is always a plus.

Thank you @MainlandFord for Hooking me up this summer! More then enough room for the gear and clubs in this thing! pic.twitter.com/pX0QPUfLJm

Dillon is a Vancouver native, but plays for the San Jose Sharks. A giant of a man at 6’4,” he has an undeniably charming smile and a good head of hair to boot.

Elias Lindholm hails from Sweden and now plays for the Carolina Hurricanes. Frankly, he creates a hurricane in our pants with his sultry gaze, thick hair, and scruffy face. Yowza.

With or without a beard, it’s undeniable that Higgins is hot, hot, hot. Just check out those abs. He’s technically not listed with any team at the moment, but he’s trying out for the Calgary Flames, which would only make him hotter.