Way back in 2003, Chris Bentzen put on an art show. At this show he gave attendees buttons he made, a move that ended up being a big hit with the crowd as the hands on nature of holding part of the exhibition transformed people from looky-loos to engaged participants.

Jim Hoehnle, one of the button-holders at this show took particular notice of the effect these pins had on an audience. He approached Bentzen about expanding the idea, and low and behold, half a year later Hot One Inch Action was born. Hot One Inch action is an interactive art show, where gallery goers buy artist-designed buttons and spend the show trading them with other people there. 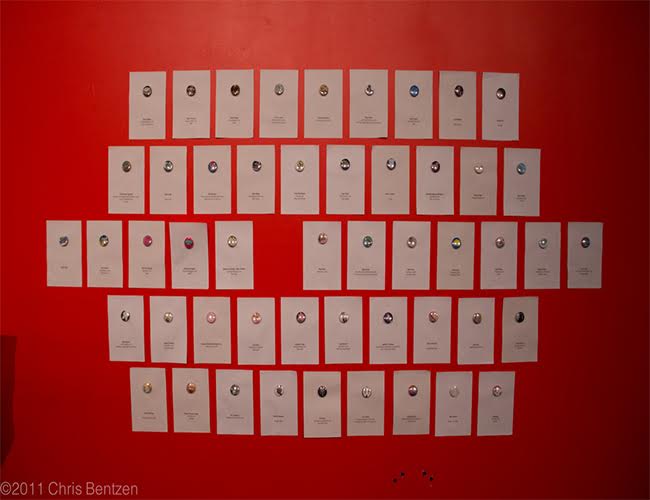 “We have an open call for submissions, we usually get between 100 and 150 people submitting a piece of art. We choose 50 of those pieces and print them on one inch buttons. We put each one of the 50 on the wall of the gallery, and also sell mixed bags of the buttons, five buttons for $5. If you want a specific one you see on the wall, you have to trade buttons to get it, so it’s an interactive art party,” says Bentzen on the nature of the show.

The way this experiment forces attendees to get involved and engaged with each other is a far cry from the typical, stuffy, judgemental, drunk-on-boxed-wine images sometimes associated with art openings. Bentzen says one of the most exciting parts of the show is watching attendees realize that art can be fun.

“It really gives people an easy in to interact, you don’t have to feel afraid to talk to anybody at the show you can just go up to someone and at least talk to them about the buttons. From what we’ve been told in the past, there’s been a couple relationships that have come out of the events, people have met at the party and continued a relationship afterward, which is kind of cool.” 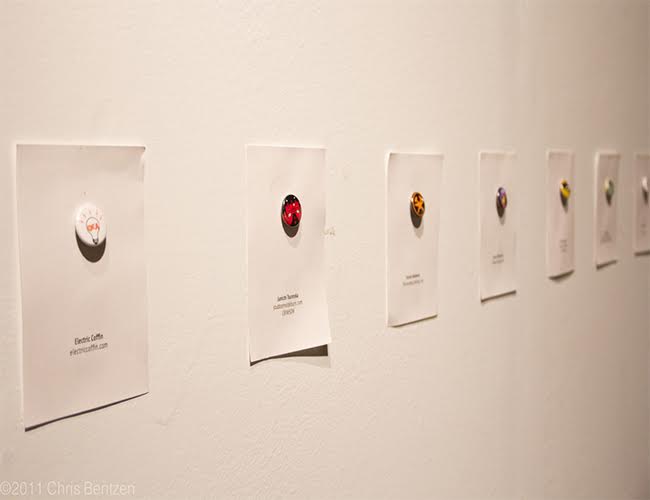 The magical conversation starting buttons themselves are handmade by Bentzen and Hoehnle using two buttons presses, over the course of a couple days. These pins have taken the two, over the 12 years the event has been running, all over the U.S. and Canada.

Hot One Inch Action has appeared at galleries in Seattle, Portland, Reno, New York and Calgary. With each new city they bring the project to, they do their best to approach and connect with the local arts community there, and encourage locals to submit to the show.

“Anybody can submit from anywhere really. But because a major component of the show is the trading we really encourage people to be local when they submit. We try to get artists from the city we’re visiting, so it’s a challenge in the first year to find 50 artists. But we always have somebody we’re working with, usually the venue, helping us get the word out,” says Bentzen on their experience branching out of the city. 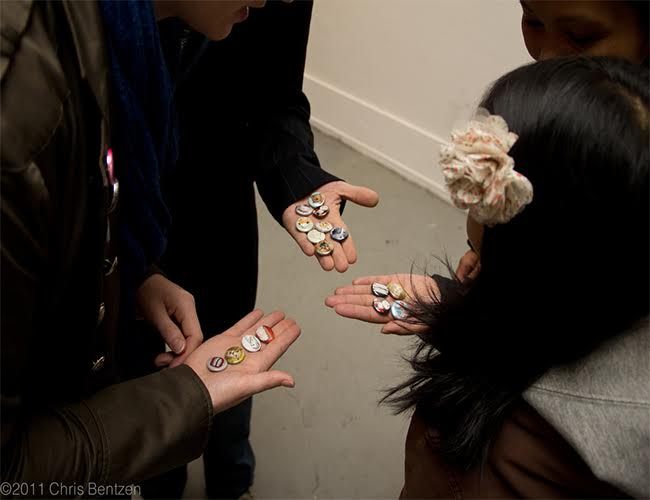 After a long and strong run of exhibitions, this button-making duo are thinking of boxing up their presses and ending on a high note.

“It’s the 12th year, we may be not continuing it into the 13th year, but we say that every year. But now it’s getting to the point where it’s been 12 years, so maybe this is the last year,” Bentzen explains.

Hot One Inch Action will take place at Hot Art Wet City on September 26, so if you haven’t had a chance to experience the thrill of button trading before, mark your calendars and get in on the action before it’s too late!

Written for Vancity Buzz by @MayaRoisin.