For this year’s Hot Chocolate Festival, Mink Chocolates has an adventurous offering called “Don’t Bug Me” that features a garnish of crickets. Yep, crickets.

“People spend a lot of money to get to people get rid of their bugs, and we’re giving you bugs,” jokes Mink Chocolates’ Marc Lieberman. His “Don’t Bug Me” concoction features a milk chocolate ganache with steamed coconut milk, topped with whipped cream, and what Lieberman calls “free-range” crickets (with a wink).

The crickets are the real deal, and hail from Austin, Texas, where they are raised organically by a business that also turns them into the increasingly popular cricket flour. 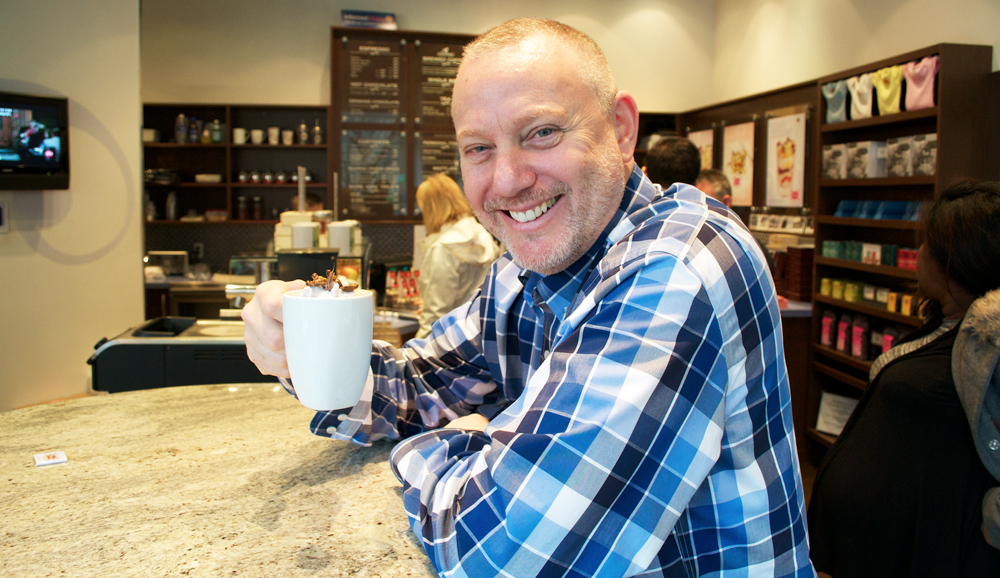 Lieberman says he had initially ordered what he thought would be enough to last him the full run of the month-long Hot Chocolate Festival, only to have found the curious cup of hot chocolate had adventurous drinkers bugging out enough to wipe him out of the crickets in just five days.

“I just reordered and bought a pound,” explains Lieberman, with a nod to the old saying about a pound of feathers versus a pound of bricks. “A pound of crickets is actually a lot. It’s a bag about this big,” he says, gesturing about a foot-and-a-half wide and tall.

One of two special cocoas Mink’s making for the festival this year (the other is the “Flu Shot,” which includes Baileys and is served in a comically large syringe), Lieberman says the flavours of the drink were inspired by his first foray into sourcing crickets, which let him to Thailand, and then the coconut milk. Unable to import Thai crickets, Lieberman kept the recipe but was steered towards the Texan bugs instead. 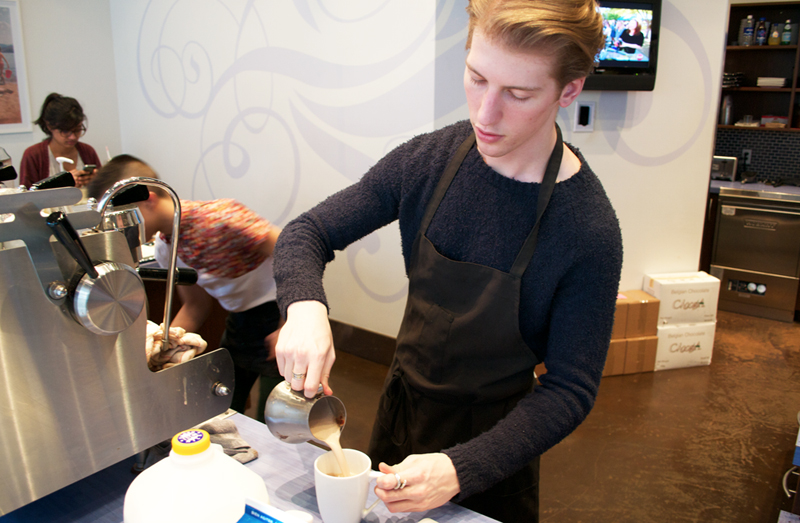 The unusual drink was in part the result of Lieberman wanting to top his popular festival creation of 2014, the Paula Deen White Trash Trainwreck, but also one of those middle-of-the-night notions that stuck.

The result is a drink that has some customers bugging out, but many more taking the plunge. Lieberman describes one set of “Don’t Bug Me” drinkers screaming from afar when their drink was placed on the bar, but ultimately coaxing each other to give it a go, when on the same day a customer simply walked out on her order.

The drink has been selling well, attests Lieberman, who says last Sunday alone they sold 77 “Don’t Bug Me” hot chocolates, adding that he’s noted many of the customers are women. “The reactions have been tremendous. Most people are adventurous, they’re into it, they try it,” remarks Lieberman. 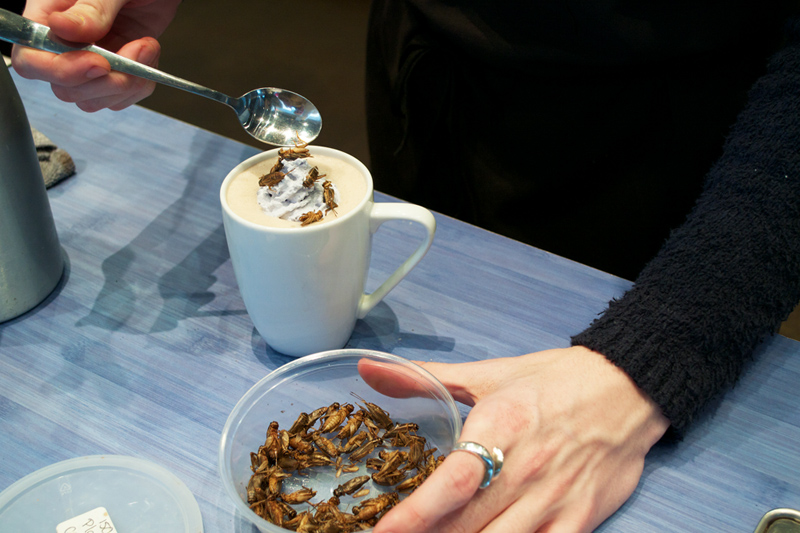 So what’s the cricket eating experience all about? Lieberman explains the crickets are “crunchy, they’re a little bit meaty, they get stuck in your teeth, [but they are] high in protein, calcium, and iron,” adding, for perhaps the benefit of the doubters, “essentially if you eat shellfish there’s no reason to say you couldn’t or shouldn’t eat crickets. Crickets are both Kosher and Halal–they’re the only insects that are.”

Even if you sip around the crickets, or scoop them off (which you’ll have to do yourself–Mink won’t do it for you!), the hot chocolate itself is quite tasty. “Milk chocolate ganache with coconut milk is fabulous under any circumstance,” says Lieberman.