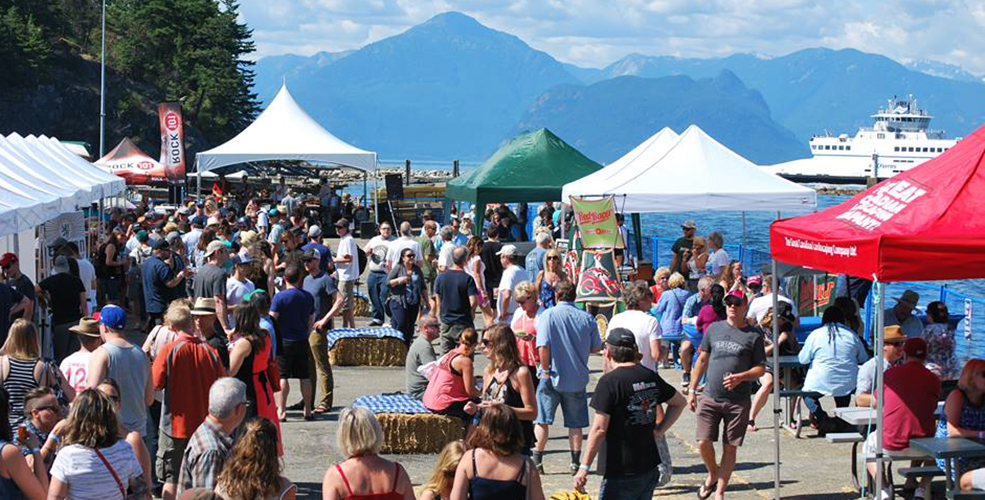 Taking place on Saturday, June 11 from 3 to 7 pm, The Horseshoe Bay Craft Beer Festival promises attendees a ton of craft beer from across BC, good cheer, live music by the Adam Woodall Band, and, sunshine (well, hopefully).

In addition to sipping and sampling a variety of craft beers, festival goers at this outdoor event on the floating Breakwater at Sewell’s Marina will be able to vote for their favourite brew. This vote will help determine the winner of the Golden Growler.

Breweries in attendance this year include:

Price: Tickets are priced at $40 per person and can be purchased online here