The Phoenix of Burnaby Mountain is naming itself as Horizons Restaurant. One year ago the humble mountaintop restaurant suffered devastating damage when a fire ripped through its aging roof. Today Horizons reopened as it rose from the ashes and was boosted by a large investment from the City of Burnaby.

A lot of eastern residents are stoked for the reopening. Horizons restaurant has had arguably the best view of downtown from the eastern side of Vancouver, and many were lacking of a nearby option to go on a family outing or a scenic date. 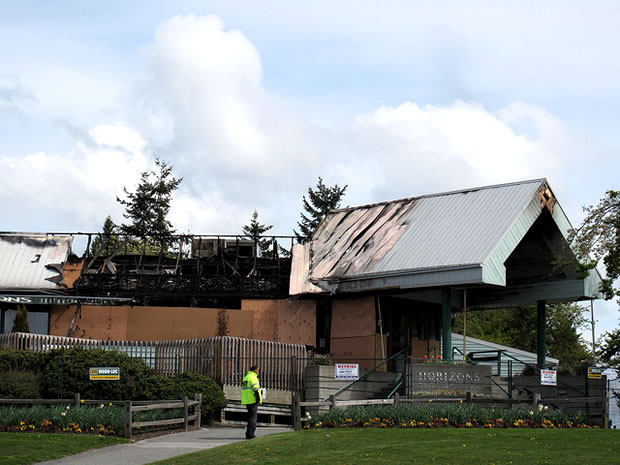 Before the fire, the building (also owned by the City of Burnaby) was aging and there were many internal controversies on when the restaurant would receive a makeover. When the fire broke out the community subtly suspected insurance fraud; however, that was false. Toseki Entertainment, the restaurant’s parent company, got a shortcut when the damage occured. The City of Burnaby also pitched in approximately $300,000 for the building’s makeover, and the makeover is comparable to Toseki’s West Vancouver restaurant, the Salmon House.

Horizons is open just in time for the Holiday season. It just might be the place to take a winter snuggle buddy.