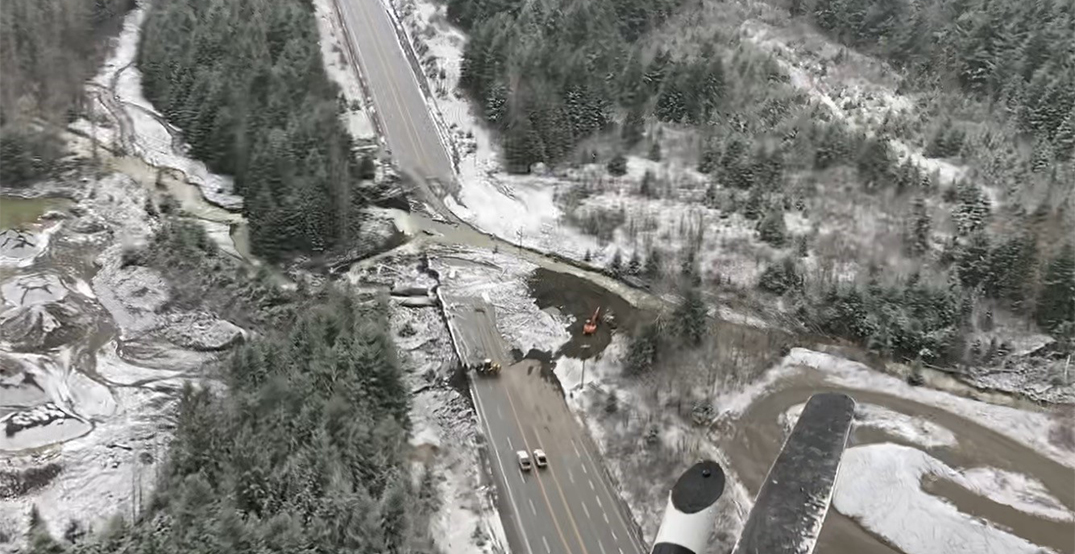 As severe weather continues to strike British Columbia’s south coast, the District of Hope has declared a local state of emergency.

The order was put into effect on Sunday afternoon, and some homes were placed on an evacuation alert.

A State of Local Emergency has been issued in the District of Hope and we have placed homes on Riverview Drive on an Evacuation ALERT. This is only an ALERT at this time. #BCStorm @BCGovNews @EmergencyInfoBC @alertable_ca

Mayor Peter Robb tells Daily Hive in an interview that, initially, the local state of emergency was declared over a single home. It was later expanded, however, due to rising water levels in the Coquihalla River.

“This was off Othello Road, close to the Coquihalla River,” he says. “And it was just one property in that area that’s in our jurisdiction… But putting that in place helps me move other people around when we need to.”

An additional 12 homes were placed under evacuation alert by Sunday evening due to erosion along the river. Fortunately, the situation saw some improvement by Monday morning.

“We did this last night, and the river peaked around 5 pm last night,” Robb adds. “And it’s been dropping since, which is a good thing. And at the moment, it’s actually not raining.”

He stresses that keeping the local state of emergency in place allows him to expand and activate measures as needed.

Emergency response updates, information on shelters, donations, and other resources can be found here.