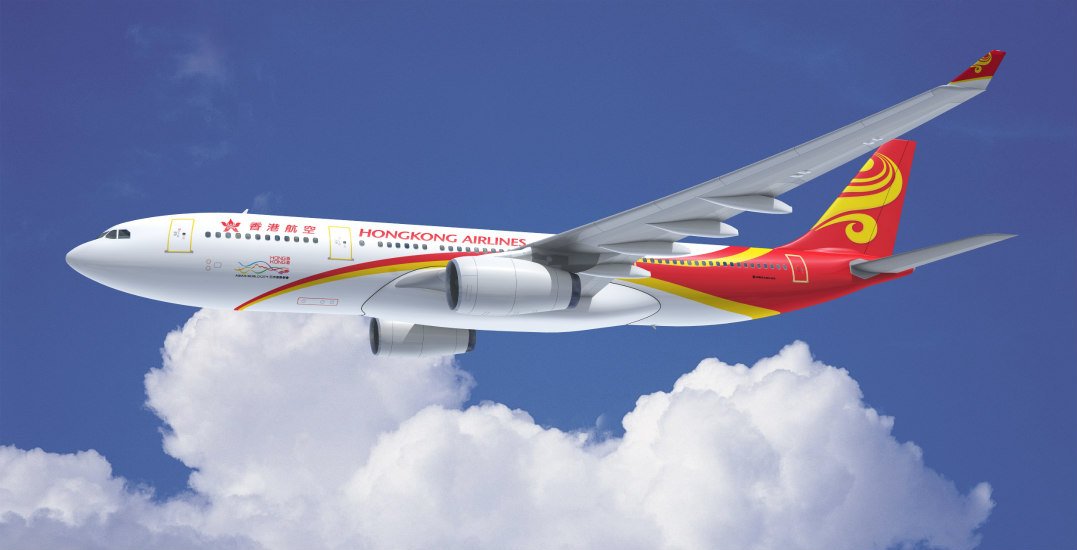 Air links between Vancouver and Hong Kong will see a significant capacity reduction beginning early next year, as Hong Kong Airlines has decided to cancel its direct route to the Canadian city amidst continued immense economic and political uncertainty in the former British colony.

The low-cost carrier’s final scheduled flight from HKG to YVR will be HX080 on February 10, 2020, while the last flight from YVR to HKG will be HX081 on the same day. However, there are conflicting reports by Routes Online that the airline has already closed reservations for travel starting on December 9, 2019.

Other Hong Kong Airlines services that were cancelled today include the carrier’s routes from HKG to Ho Chi Minh City and Tianjin, with the changes taking effect in February as well.

Earlier this fall, it also announced the cancellation of its routes serving San Francisco and Los Angeles.

“Hong Kong Airlines has been reviewing its network strategy and will continue to focus on operating priority routes under the challenging business environment caused by the ongoing social unrest in Hong Kong,” reads a release by the airline.

The airline’s financial situation is so dire that it is delaying salaries for all of its staff, except cabin crew and overseas employees.

“While the airline has already reduced its capacity and flights in the coming months, weak travel demand continues to affect its business and revenue. Hong Kong Airlines would like to apologize for the inconvenience caused to its customers,” continues the release.

The carrier says it will be offering alternative travel arrangements to passengers who are holding confirmed tickets to its flights to and from Vancouver after the cutoff date.

Cathay Pacific has also been experiencing a degree of financial hardship from the ongoing crisis in Hong Kong.

The airline previously announced it will end its long-running daily route from HKG to New York City’s John F. Kennedy International Airport in April 2020, with a stop at YVR, after 23 years of running this service. Instead, Cathay Pacific will be increasing its number of non-stop flights to JFK to make up for the lost capacity from the elimination of the fifth-freedom service.

In 2016, Hong Kong Airlines began an aggressive international expansion to compete head-on with Hong Kong’s flag carrier Cathay Pacific. This included the start of its daily direct HKG-YVR route in June 2017, which launched with great fanfare with the airline bringing Jackie Chan to Vancouver to promote the service, including an appearance at the city’s main Canada Day celebrations.

But the airline’s difficulties began well before the start of Hong Kong’s unrest. The airline has been experiencing major financial losses since late 2018 from heavy costs as a result of its international expansion.

The crisis in Hong Kong has led to a steep recession in the city, which is semi-autonomous from Mainland China.

Based on the latest figures from the Hong Kong Tourism Board, there were 3.31 million arrivals to Hong Kong in October — a decline of 44% from the same month in 2018. This is the steepest drop in visitation to Hong Kong in a single month since the SARS virus outbreak in 2003.

Reports of HKG-YVR aircraft consistently flying with many empty seats since the middle of the summer are likely to have a noticeable impact on Vancouver International Airport’s total passenger numbers for 2019. YVR has experienced consecutive year-over-year growth in excess of one million additional passengers.