Every year, Metro Vancouverites take to English Bay’s beaches and parks to watch dazzling fireworks displays put on by the Honda Celebration of Light. For the 2013 shows, Vancity Buzz had a tour of the fireworks barge parked in the middle of English Bay – where the magic happens. This year’s competitors are the United Kingdom (July 27), Canada (July 31), and Thailand (Aug. 3).

Yesterday morning, we had a tour of the fireworks barge just as Calgary-based pyro company Fireworks Spectaculars (FSC) was preparing to set-up for their show tonight to represent Canada.

We spoke to Brad Dezotell, the owner and chief choreographer of FSC, who told us tonight’s show will be his company’s first time in Vancouver. Approximately 20 staff and technicians were on hand at the barge to install the fireworks. Installing the show’s pyrotechnics correctly is the main difference between the quality of the shows and their respected teams.

This was their second day of loading, and at the same time they were well into the process of installing their large calibre shells. When everything is ready and set-up by early this evening, a skeleton crew will remain on the barge inside a protected structure to ensure the safety of the show.

Although hundreds of hours were spent on planning and installing the show, it all comes down to a computer and the pressing of just four buttons to initiate the 25-minute long fireworks launching sequence. The theme for tonight’s show is “Wonderful World” and it will also pay tribute to the city of Calgary and its recent devastating floods.

For Celebration of Light producer Patrick Brault, this year’s biggest challenge was with receiving the fireworks from Thailand for Saturday’s Thailand night. He says the shows are judged in the competition not just by size and scope but also with how well the fireworks are synchronized with the flow of the music and the variation in colours and fireworks. The best shows will mimic the emotions played out in the music.

This year will also mark the second year the festival has been using a newer and larger barge, thanks to Seaspan. The barge this year has also been moved closer to English Bay Beach for a more dramatic show, and it is also anchored into place by Vancouver Pile Driving.

If you’re heading down to watch tonight’s Canada display, be sure to check out Vancity Buzz’s full event guide to this year’s Celebration of Light festival. You can also download the festival’s mobile app (for both iPhone and Android) to vote for your favourite competitor and listen to the music simulcast during the fireworks. The fireworks display begins at 10 p.m. and is expected to dazzle 400,000 spectators.

As a word of advice, arrive early if you plan on watching the fireworks from English Bay Beach or Sunset Beach as it gets crowded quickly – finding a comfortable and optimal viewing location will be difficult if you arrive close to the start time. And as another excuse to arrive early, a great lineup of some of Canada’s top music artists will also be taking to stages at English Bay Beach and Sunset Beach as part of the Celebration of Light’s pre-fireworks SHOREfest concert series.

Tonight’s fireworks show is particularly special as it will also mark the return of the Red Bull Air Show to Vancouver. The air show, starring Red Bull aerobatic pilot Pete McLeod, kicks off at 8:10 pm over the waters of English Bay. If you can’t make it out for the air show and fireworks tonight, McLeod will be returning on Saturday just before the Thailand fireworks display for another daring air show.

The following images of the fireworks barge were taken by our good friends at Pinetree Creative, who accompanied us during the tour. 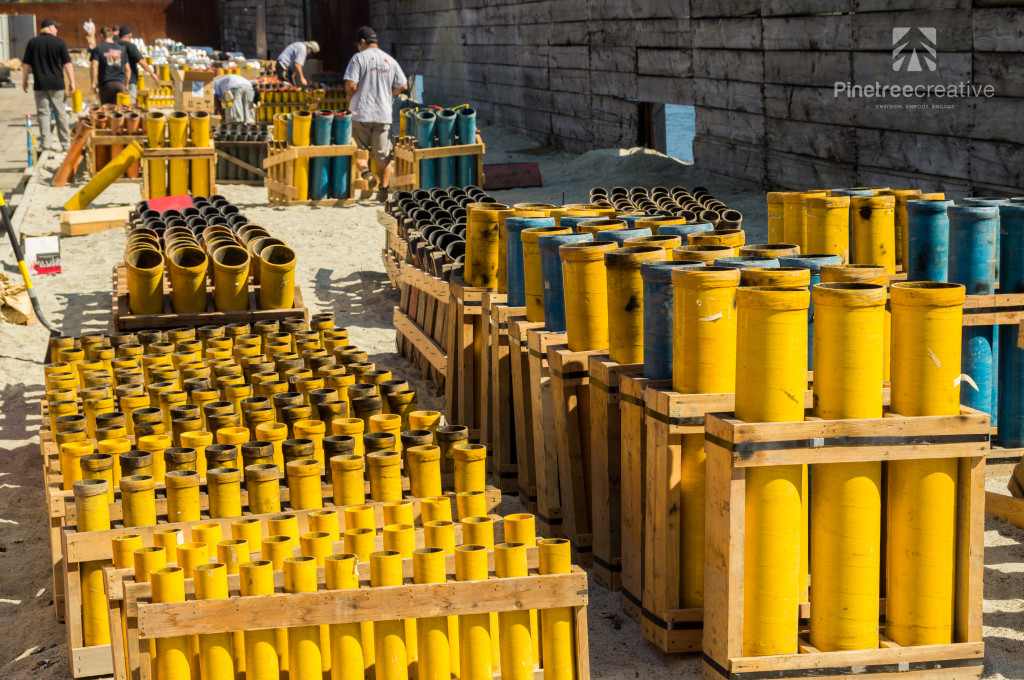 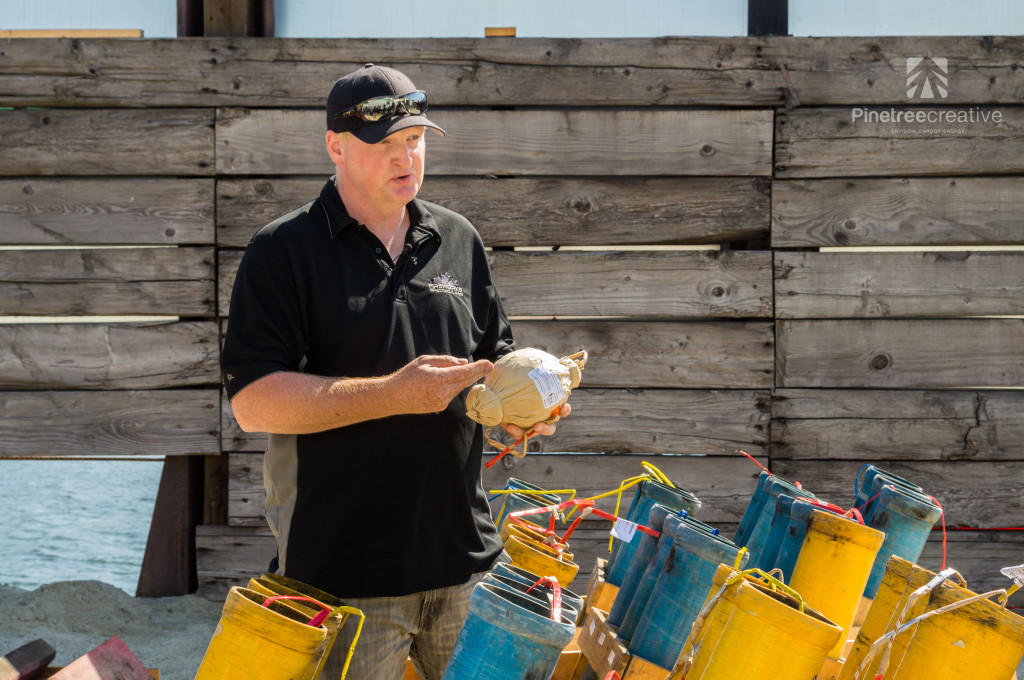 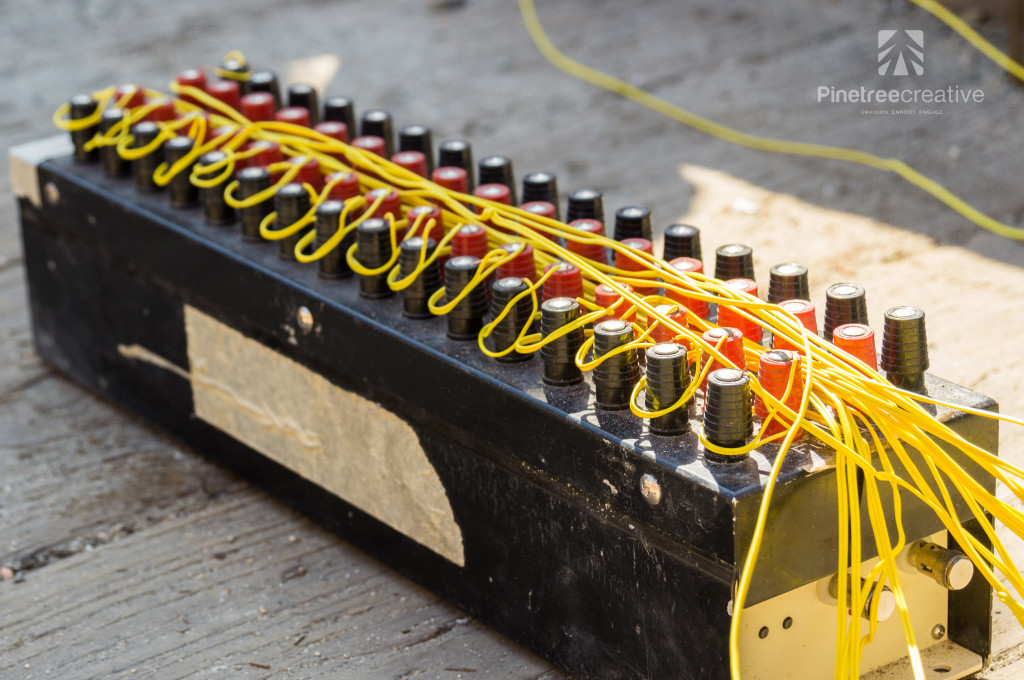 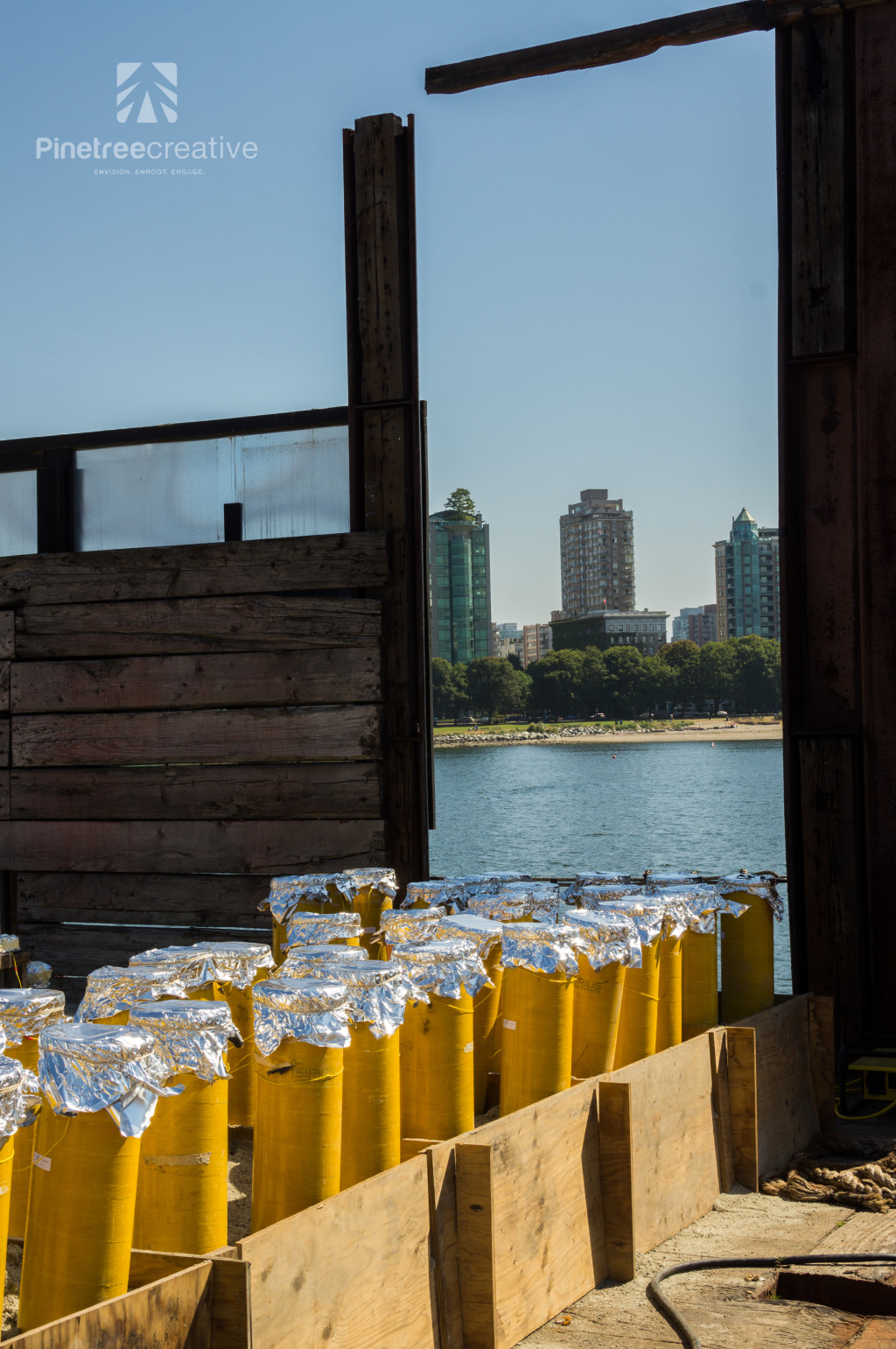 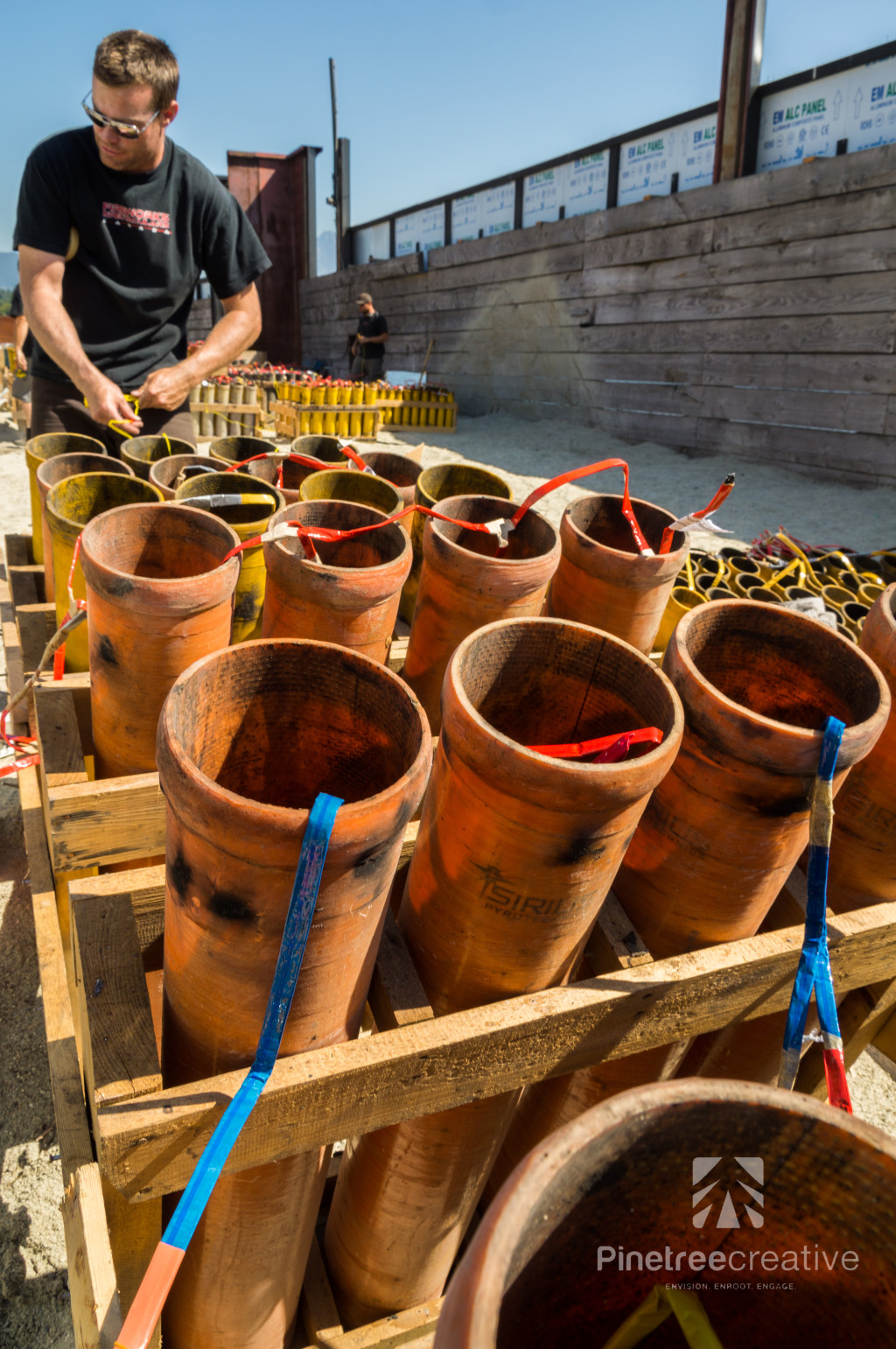 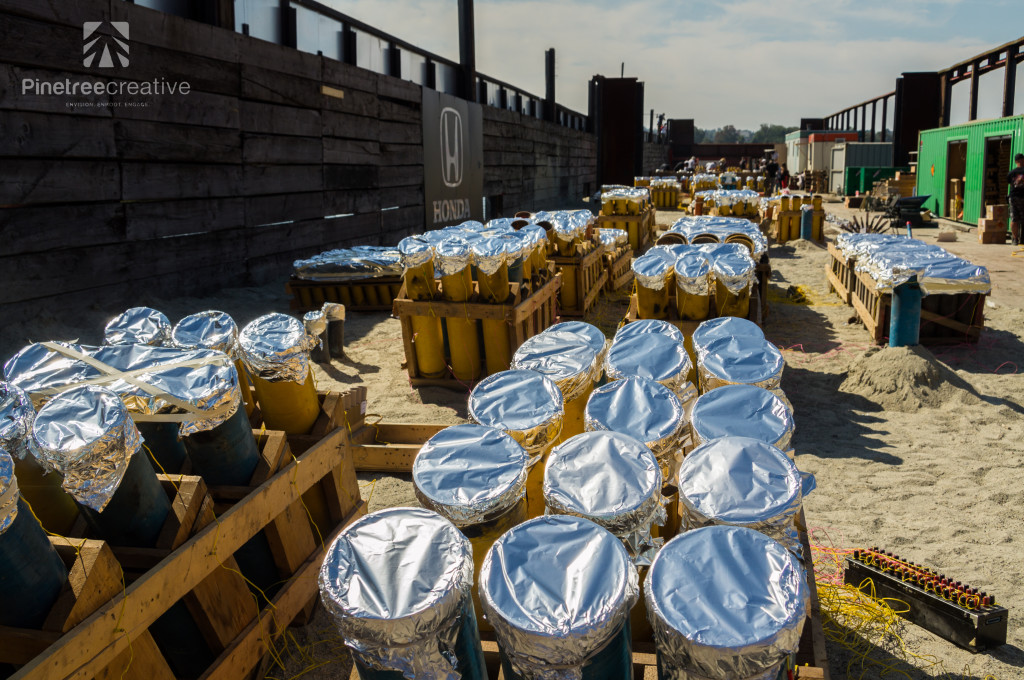 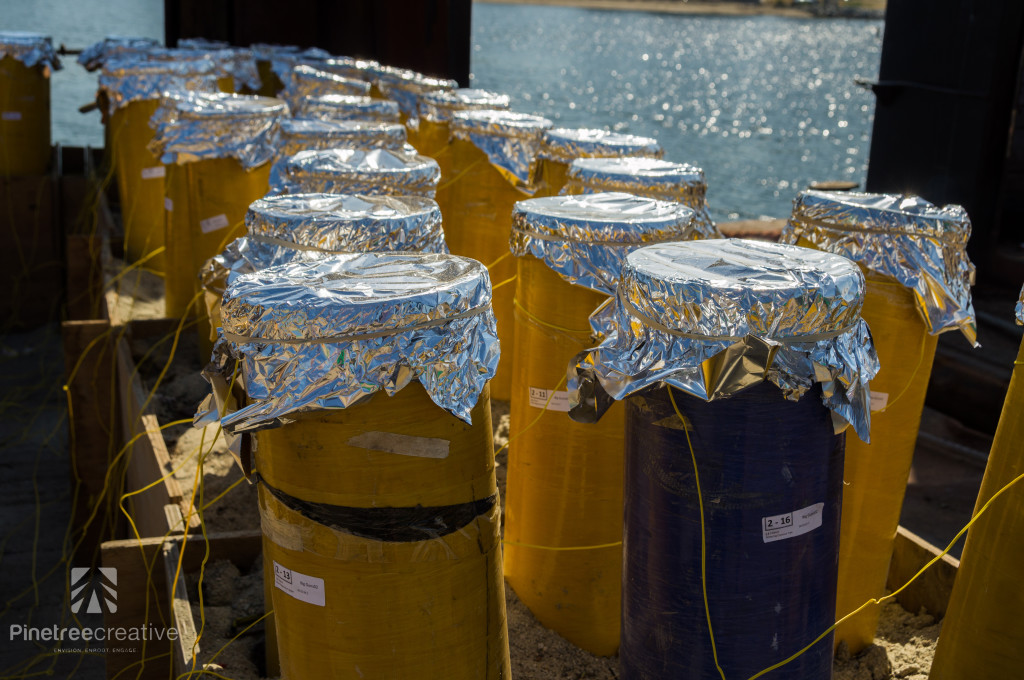 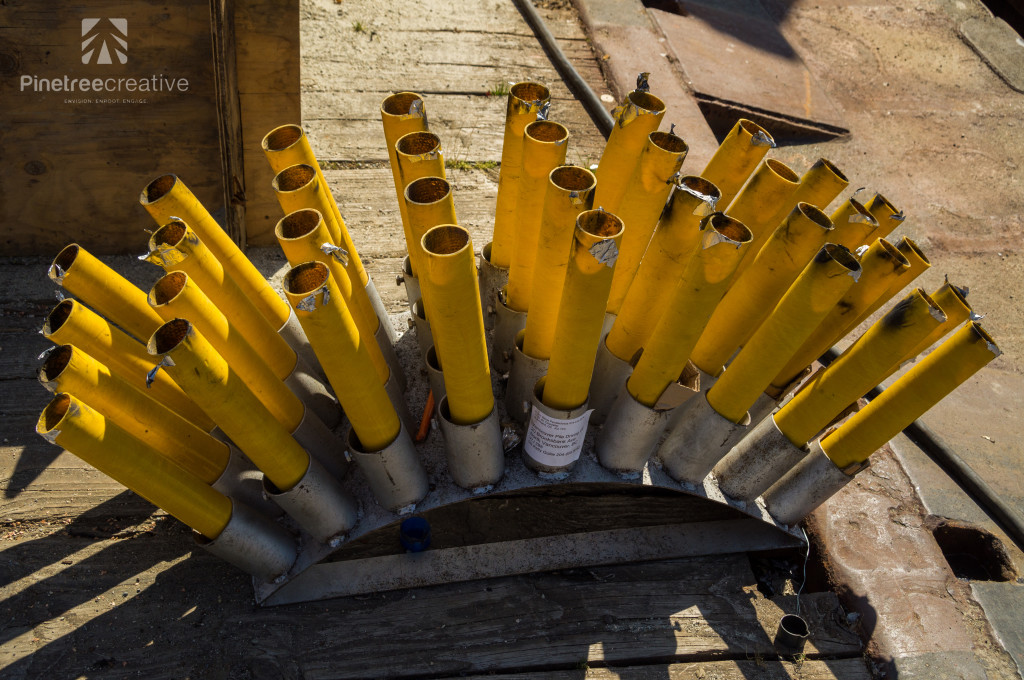 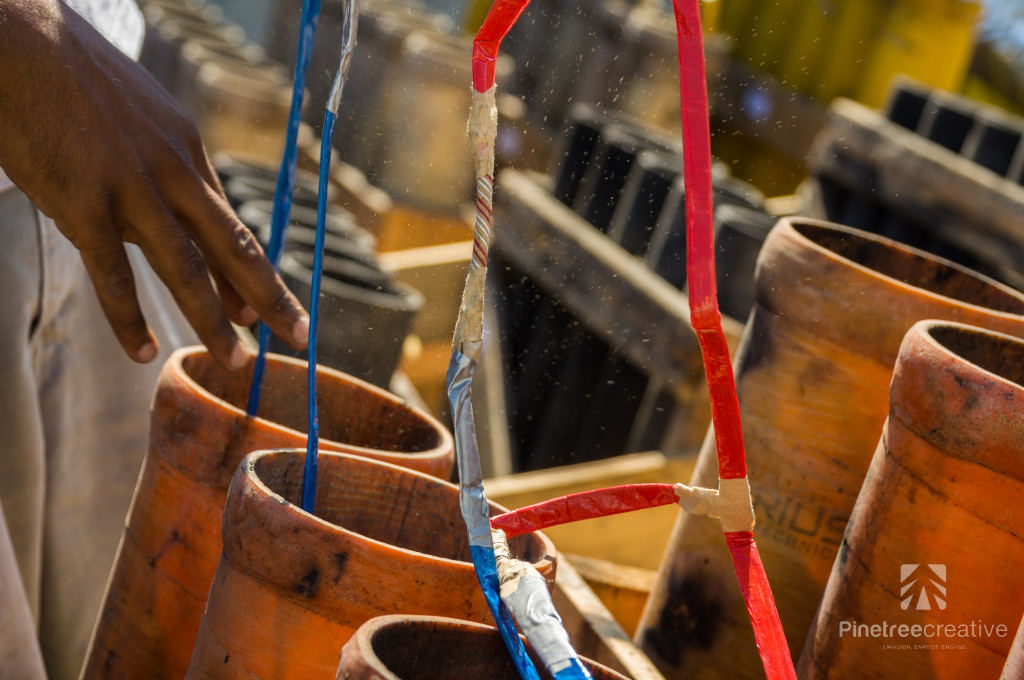 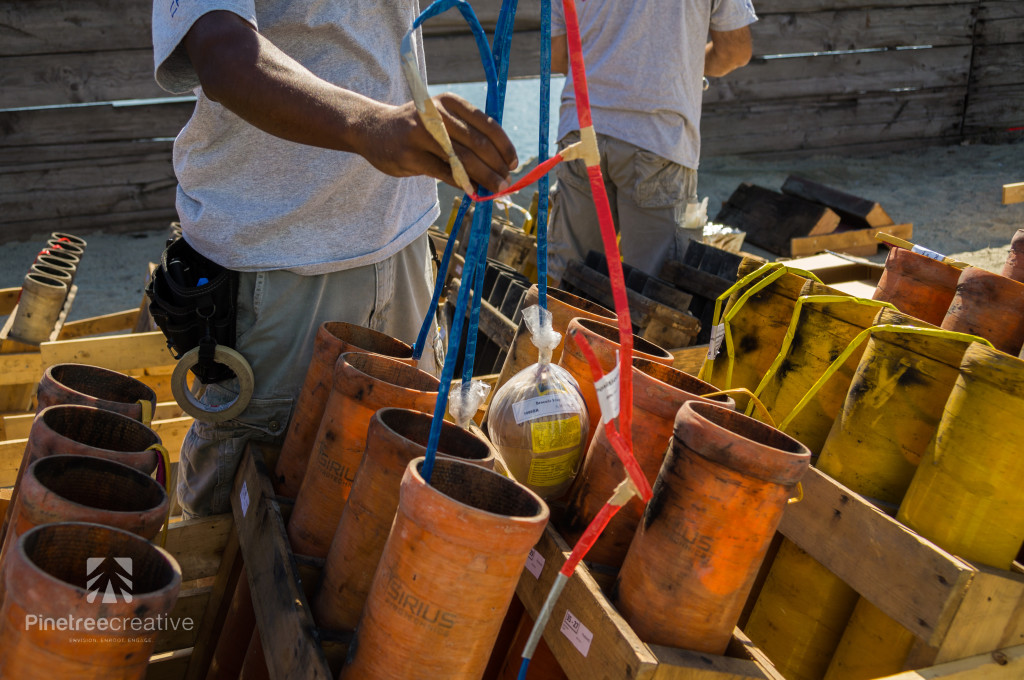 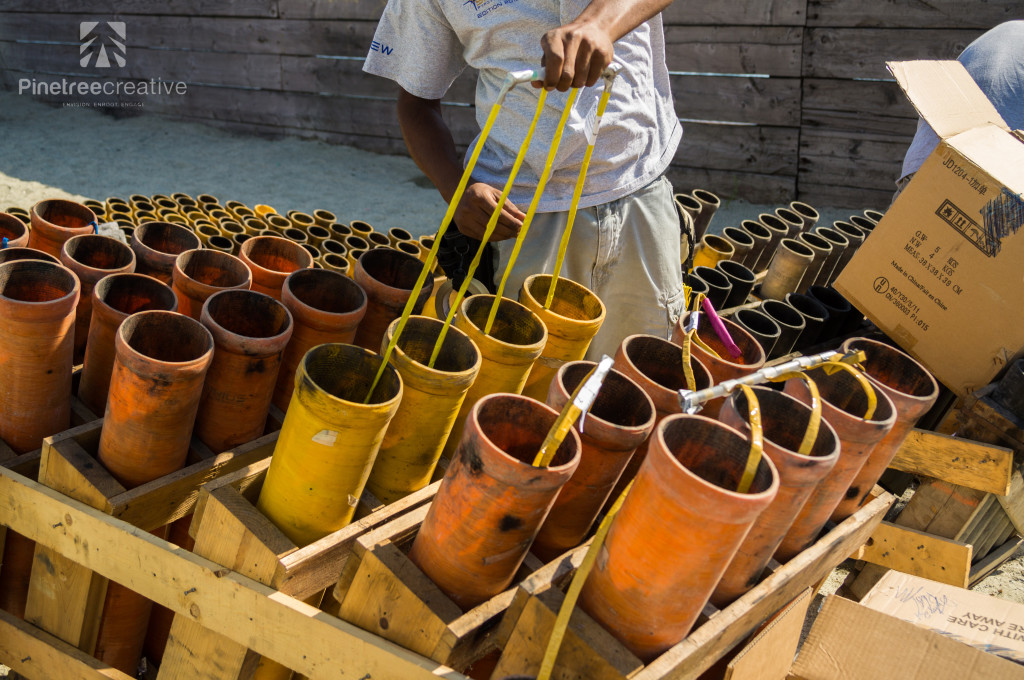 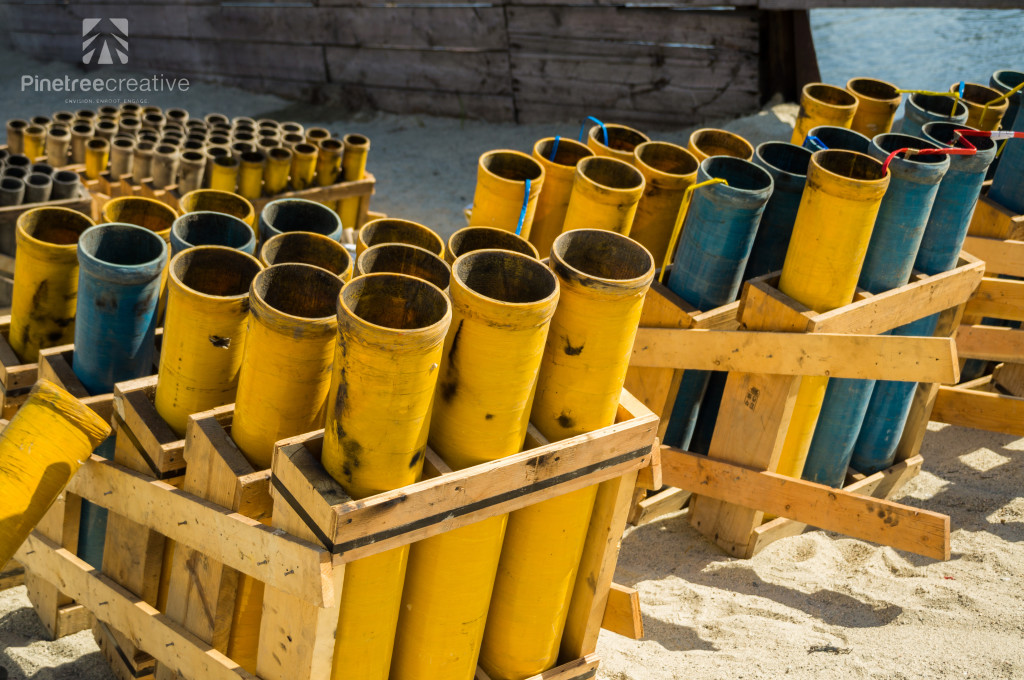