Holiday shopping can be quite the feat, for those of us who don’t hone the instincts of a woman who loves to shop or the heart of a genuine ol’ Saint Nick who loves to give it can be pure and utter hell. Vancity Buzz thankfully has put together some tips that if used properly can make the Holiday season that much more “Merry” for all of us.

A pet peeve of mine is always when someone is looking at something whether it be the grocery store, toy store, clothes store, record store and takes well over the appropriate amount of time examining a piece of fruit, a v-neck t-shirt or that Barbie which will surely wind up with it’s head ripped off within 2 weeks. You should have a general idea of what you need to get when you go in, and considering how busy the stores get this time of year, get it and get out so the next disgruntled Holiday shopper can take their turn finding the “perfect gift”

Let’s face it, this doesn’t really exist and if it does it’s very very rare. We can shop till we drop and search harder than the US for Osama Bin Laden but in the end it’s just hours of your life you’ve spent looking for something for someone who as much as they will appreciate it and give you the “excited and happy” act of a life time, it’s as likely to end up in the trash as a CFL Grey Cup ring. Not to be a total downer but I’ve always been a fan of the home-made, less materialistic gifts that someone will actually cherish and the next time they move – it won’t find it’s way to the “throw away” pile. As a side note for guys, if you’ve completely run out of ideas for a good gift for your lady, three words “Aritzia Gift Card” You’re welcome

This point can be made for a few different scenarios. Ladies first, do not complain when you get your guy the new Call of Duty game and then when Valentines Day comes around he’s too busy battling in Multi-player screaming in to his microphone because the idiot beside him just gave away their position and he missed getting that sweet headshot. Guys, do not complain when your lady doesn’t get you that sweet video game and instead gives you some underwear, a couple shirts and a 6 pack of socks. That’s one less shopping trip for clothes you need to go on with her and likely she just bought you stuff you’ll look really good in so although you’ll be missing getting those head shots, you’ll likely be getting… uhh well you know what I mean.

Some of us love them, some of us hate them, but during the Holiday’s I’m sure it’s safe to say we all collectively loathe them. Screaming, crying, kicking, spitting, drooling, slobbering little brats who can throw a temper tantrum worse than Kanye West on Twitter after appearing on the Today Show. The only thing that can make it any worse is in the middle of the store a disobedient child being scorned and screamed at by their parents, it’s a total buzz kill on the whole season and is a really sad sight to see. So please parents, despite the fact your child is threatening to urinate themselves because you won’t buy them that second X-box so they don’t have to share with their sibling, be kind and respectful to those around you who don’t need to see you treat your child like an animal in the middle of Futureshop.

Easily one of the busiest streets during the Holiday season and with the ridiculous never ending construction that is “Robson Square” you can bet there will be bottle necks, hoards of people, long lines and more than a few people ready to rip their hair out as if they just watched Kevin Bieksa just made another “great” hockey play. I think if people used a little common sense while shopping on Robson Street a lot of frustration and Holiday shankings could be avoided, for example it would be really nice if you have to suddenly stop to answer a call on your fancy Motorola Blur or look in a store at those ugly Uggs that caught your eye, please move off to the side of the street so you don’t create a pseudo doggy pile gang bang when 5 people run you from behind. Also it would be very considerate during this Holiday season if people could maybe hold off from having a cigarette for a few minutes, I’m sure you wish you could give everyone on Robson Street a sweet Holiday present but I don’t think cancer is really the kind of gift they’re looking for.

Let’s get serious here for a moment and discuss something very important during the Holidays, there are tons and tons of Charities out there who do their best to make sure everyone has a great Holiday Season and together we can combine our efforts to maybe go a few days without a grande triple shot non-fat diet sprinkled no whip latte, without a bagel or instead of going to see a movie we go out for a walk. There is someone out there who could use that few bucks a lot more than many of us so let’s make sure we’re not only thinking of ourselves and our family but the less fortunate and those who may not be so lucky. Please see the bottom of this post for a list of charities that could use your donation this Holiday season.

A very important part of Holiday shopping or shopping in general really is a list. It works for Santa, worked for Schindler and will probably work for you. A list of what and who you’re buying for will almost be a fool proof way of making sure you don’t forget anyone. You don’t want to have that awkward office conversation with Susie because she was the only person at work you DIDN’T give a gift to. Then Susie develops an eating disorder and next thing you know you’re going with her 3 times a week to a self help class to deal with the fact that you forgot to get her a $12 bottle of Wine. Make a list

Now last but not least it might be worth taking some time to go over what constitutes a BAD and a GOOD gift. Though we touched on a few of these, they are worth their own bullet, on the subject of bullets they would go in the BAD section. This example applies to both guys and gals, getting your significant other a subscription to weight watchers or a fat camp, or boot camp, not the best idea in the world. Instead get yourself a subscription and sure enough when they see your dedication to get in shape they’ll naturally want to join you. (Good thing you “happened” to buy 2 that came “for the price of 1” right?) “The Essential Hall & Oates” double CD collection, put this in the maybe column, it’s a bad gift because unwrapping a present only to find a Compact Disc is as unsatisfying as unwrapping a condom before sex. Though on the flip-side it’s a great gift ‘cause well…c’mon, Hall & Oates! Ladies if you’re looking for some cheap but great gifts for your guy, since Mel Gibson has flushed his career completely down the toilet, any of his movies on DVD surely should be at a record low price, so you can’t go wrong with picking up Braveheart, Payback, Mad Max, Chicken Run, Lethal Weapon…all the classics, just remember to peel off the $0.99 sticker. Another GOOD idea for the ladies is really anything your guy can possibly electrocute himself with, not sure what the correlation is between a near death experiences and a great presents but if it has lots of wires and looks potentially life threatening, get your credit card ready! Fellas, I really wish I had more tips for you as to how to please your lady for the Holidays but the last 4 years any and every gift I’ve given that wasn’t to a relative has either been thrown back in my face, burned right in front of my eyes or I was made to go return it and get a cash refund immediately…so you’re on your own (but I think they like this place called Tiffanys? I think they serve breakfast or something). Finally if we all want to avoid sleeping on the couch for an entire year the one gift that everyone should avoid giving this Holiday Season… 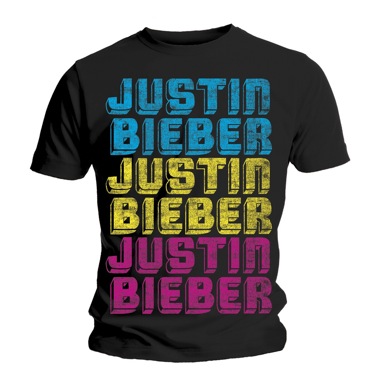 If I hear of anyone giving or receiving a Justin Bieber T-shirt/CD/DVD/Cologne/Lunch-kit as a present this season, I will go postal on Santa and Christmas WILL be cancelled (sorry @ChinSquared).

So there you have it, a few helpful tips from your friends at Vancity Buzz to help improve the holidays for everyone, because they should be enjoyed by EVERYONE. No matter if you call it Christmas, X-mas, Hanukkah, Kwanza, Festivus or just choose to only celebrate Boxing Day; hopefully everyone has an enjoyable Holiday season. Now that we’ve got that all out of the way, before we’re punished with hearing nothing but yuletide carols & terrible Holiday music, enjoy some classic Hall & Oates