Canucks president of hockey operations Trevor Linden expressed his condolences for the passing of “a great man” who played a pivotal role in the development of his professional hockey career.

It was announced earlier this morning that Pat Quinn, the former Canucks president, general manager, coach and player and Vancouver Giants co-owner, passed away at the age of 71 after a battle with illness.

“It’s a sad day for hockey and for everyone who loves our game. On this difficult day I am thinking about Pat, his family and his friends, and how much he will be missed,” said Linden.

“I wouldn’t be the person I am today if it weren’t for Pat. He was a great leader and always a teacher. He taught me how to be a professional on and off the ice. He taught me how to play hockey the right way, how to win, and about the importance of respect and loyalty.”

In 1988, Linden was drafted to the Canucks by Quinn, who had just started his role as the president and general manager. Quinn gave both Linden and Pavel Bure a chance even though they were controversial selections at the time, but they went on to become some of the most celebrated figures in Canucks franchise history. 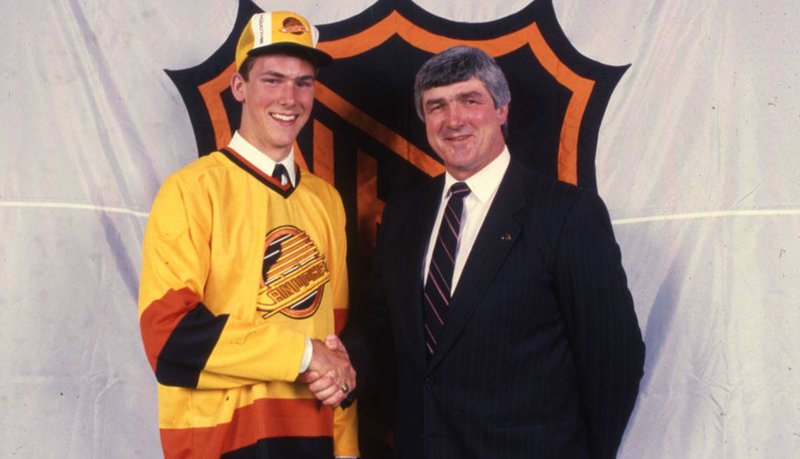 “Pat’s impact on our city has been immeasurable. He was responsible for bringing hockey to the forefront in Vancouver. He brought the pride back to the Canucks and today his finger prints and impact are still felt within this organization.”

Francesco Aquilini, chairman of the Canucks Sports & Entertainment and governor of the NHL, added on to Linden’s remarks by reflecting on Quinn’s legacy on both the local and national stage for hockey.

“I’ll always remember Pat as a great leader. He built the Canucks teams that I cheered for as a fan and created a new generation of fans in our province,” said Aquilini. “None of us will ever forget the Stanley Cup run in 1994 or how Pat led Canada to our first men’s Olympic hockey gold in 50 years.”

“Pat meant a lot to our community. He built a new foundation for the Canucks franchise and was instrumental in helping Vancouver and the Province of British Columbia become one of the strongest hockey markets in the world. I feel fortunate to have known Pat and I will miss him.”

NHL Commissioner Gary Bettman also issued a statement highlighting Quinn’s expansive career in the NHL with five teams from 1979 to 2010, including two occasions in the Stanley Cup Final. “Whether he was playing for a team, coaching a team or building one, Pat Quinn was thoughtful, passionate and committed to success,” said Bettman.

“Pat’s contributions to hockey, at every level, reflected the skills he possessed and the great respect with which he treated the sport. The National Hockey League, one of the many organizations to benefit from his devoted service, sends heartfelt condolences to Pat’s loved ones and his many friends around the hockey world.”

This past March, Quinn was inducted into the Canucks’ Ring of Honour in front of a crowd of more than 50,000 people during the NHL Heritage Classic at BC Place Stadium between the Canucks and the Ottawa Senators.