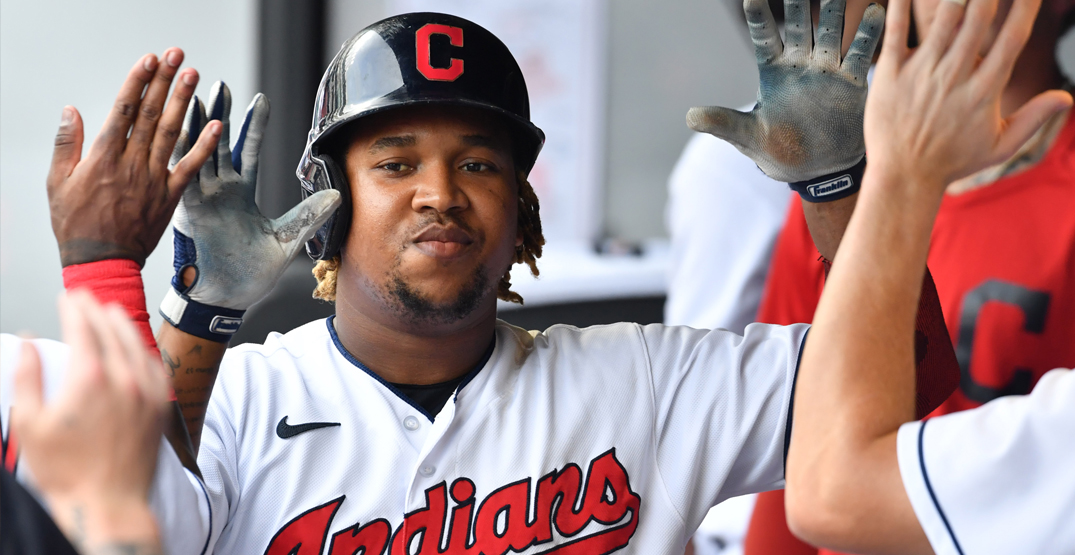 Plunking down hundreds of millions of dollars on free agents is cool, but want to know what’s really cool? Landing a player (or two) in their prime via trade. It’s one of the most exciting aspects of the offseason: trades.

With the offseason underway, the Toronto Blue Jays can assemble their wish list for the 2022 campaign. While the looming CBA deadline may stall some significant free agent signings, that doesn’t mean teams can’t swing deals.

In order to push past their 91 win total from 2021, the Blue Jays need to be active not only in free agency but also in trade. That’s one area of business where they can boost their roster; by acquiring an All-Star calibre player.

Some of these names are more ambitious than others, but these are five players the Blue Jays should contemplate backing up the prospect capital truck for this winter to help beef up the lineup for next year and beyond. 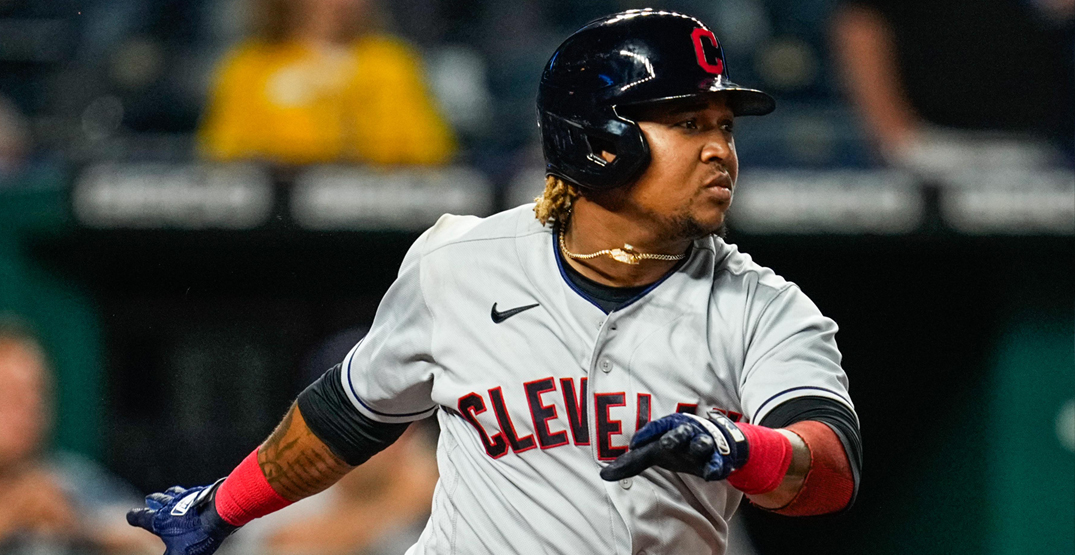 It’s probably one of the worst-kept secrets in the world that the Blue Jays have eyes for three-time All-Star Jose Ramirez. Given the holes on the diamond for this club, he fits perfectly on their depth chart and their window of contention.

Coming off another stellar season, Ramirez will likely secure the fourth top-five MVP finish of his nine-year career. And with two club options left at $24 million total, he’s a steal at that price for the Guardians.

The 29-year-old played the bulk of his games at third base for Cleveland in 2021, and the hot corner is precisely where the Blue Jays need to add an impact bat into their lineup for the next two seasons. Not to mention, he’s a switch-hitter.

If the Guardians will part with him, the acquisition cost for a player of this calibre will be high; think of the price the Blue Jays paid for Jose Berrios and then some. That means two top-10 prospects going out the door, and a player or two off the 40-man roster. 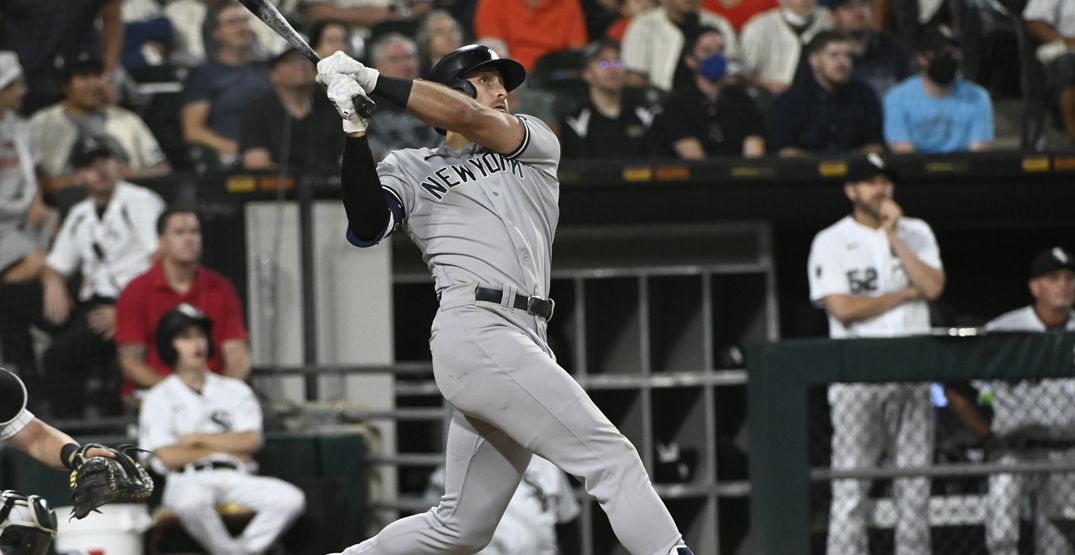 There was some disappointment that the Blue Jays didn’t snag Joey Gallo at the 2021 trade deadline, but considering how poorly he performed down the stretch for the Yankees, perhaps Toronto dodged a bullet.

Overall, Gallo added another Gold Glove trophy to his case and was named an All-Star for the second time in his career, but his 2021 campaign was a tale of two seasons. In 98 games with the Rangers, he posted a 139 wRC+, but in 58 games with the Yankees, his wRC+ tumbled to 95.

It’s extremely rare to see intra-divisional trades between two contending teams, but this might be a case where the Yankees had some buyer’s remorse and may jettison the final year of Gallo’s team control.

Although he strikes out a lot, Gallo would be a middle-of-the-order left-handed bat to balance the bevvy of right-handed sluggers in the Blue Jays lineup. His Gold Glove-calibre defence in the outfield shouldn’t be overlooked either. 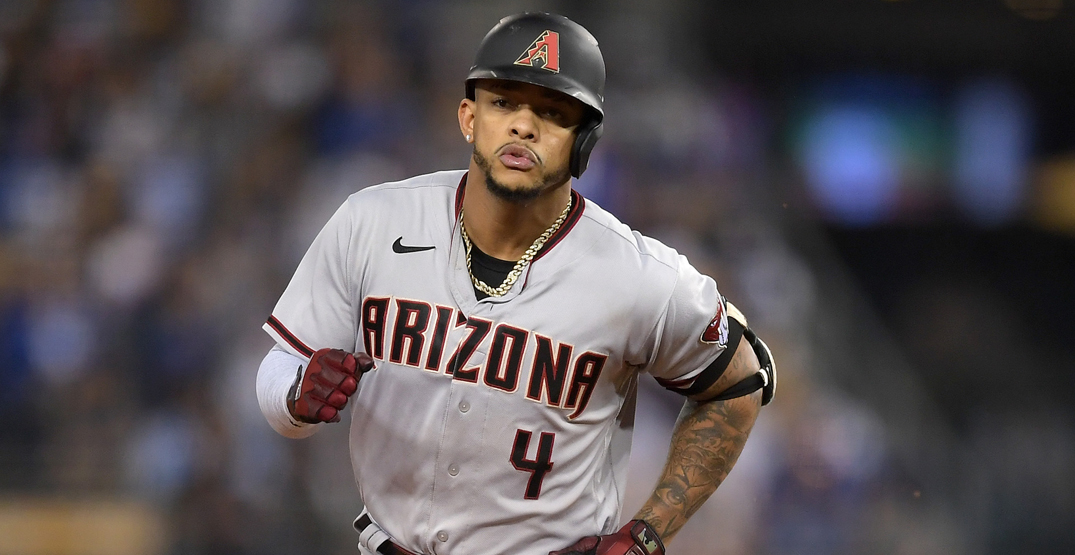 Other than Ramirez, there might not be a better fit for the Blue Jays on the trade market than Arizona Diamondbacks infielder/outfielder Ketel Marte. He’s a versatile switch-hitter who can play multiple spots on the diamond and hit anywhere in the lineup.

Marte also has three years remaining on his current deal at a measly $26.4 million, which more than fits into the Blue Jays payroll parameters. But unlike Ramirez, Marte doesn’t come with as pristine of a track record.

No stranger to injury, Marte suffered multiple hamstring injuries over the years, limiting him to only 90 games in the field this past season for the D’backs. The Blue Jays are all too familiar with injured outfielders, as George Springer played 78 games in 2021.

Marte’s speed and defence have also slipped in recent years, which could be due to bouncing around the diamond playing numerous positions. His advanced offensive statistics show lots of promise, especially if he’s surrounded by talented hitters on the Blue Jays roster. 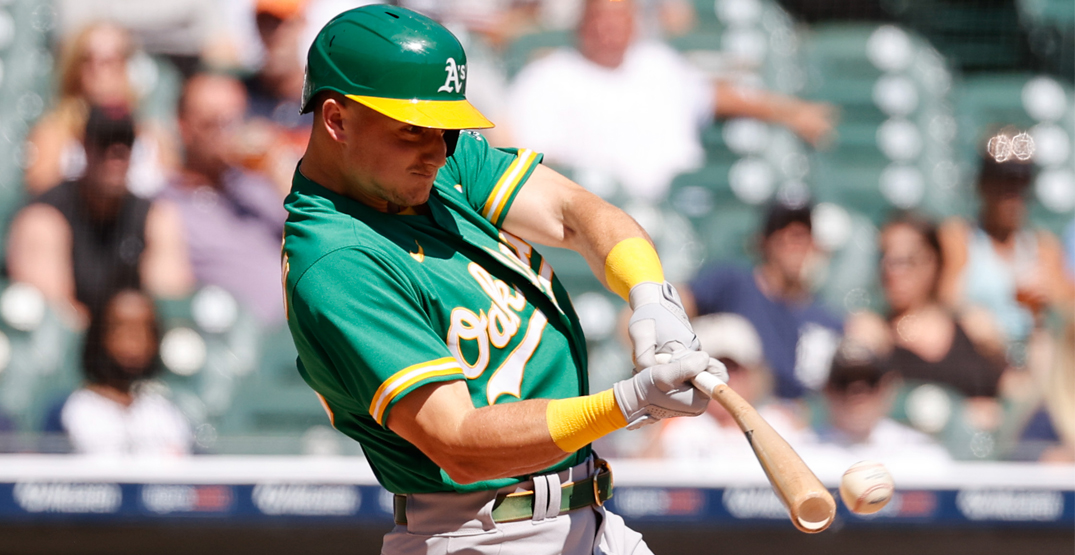 The Blue Jays have an opening at third base for the 2022 season, and who better to fill that hole that a former Platinum Glove player? Matt Chapman earned that distinction in 2018 and 2019, and is a finalist for the award this year, too.

In the winter of 2014, the Blue Jays swung a deal to acquire the A’s sure-handed, power-hitting third baseman with Josh Donaldson, and things might line up for history to repeat itself here if a Chapman trade comes to fruition.

Not only is he the best defensive third baseman in the game, but he’s averaged just over 22 home runs per season over his five year career. Chapman won’t win any Silver Slugger awards, but he already owns three Gold Gloves and two Platinum Gloves.

And if the Oakland Athletics go into true fire sale mode, they won’t hesitate to maximize the return for a franchise figurehead like Chapman. He’s yet another right-handed bat, but a veteran hitter with a .330 career on base percentage. 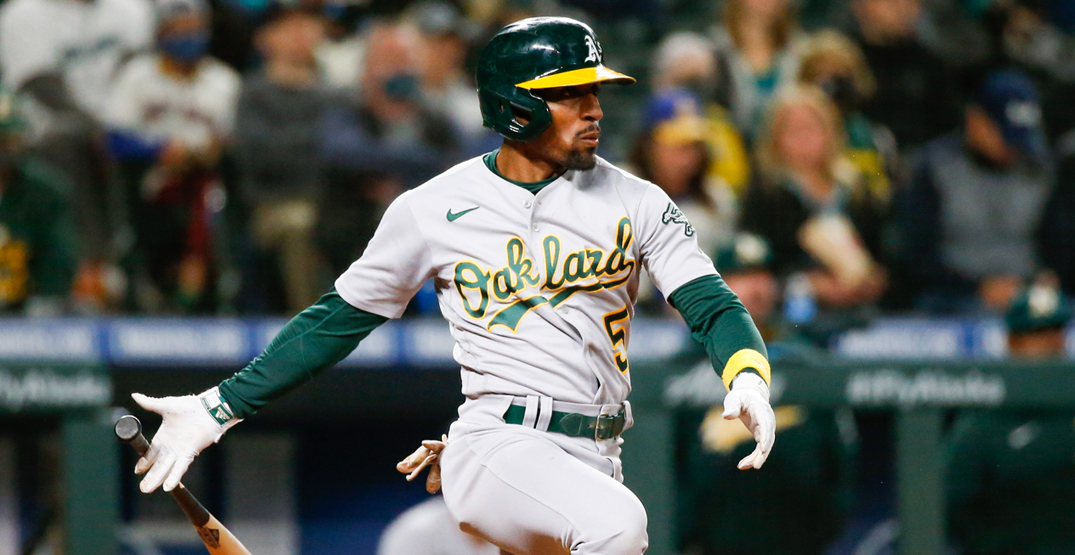 Speaking of the Oakland A’s, why not throw in an outfielder like Tony Kemp as well? He has two years of team control left and is coming off a career year with the Athletics.

Kemp split his time between left field and second base, two positions on the diamond where the Blue Jays can make a significant upgrade. At 30 years old, he’s a bit of a late bloomer, but a veteran left-handed bat to give a fresh look to this Blue Jays lineup.

Whether a trade clears some playing time in left field, or Kemp takes over for his former A’s teammate Marcus Semien at second base, Kemp plays either position admirably.