UPDATE – The stabbing incident occurred near the Grouse Grind on Grouse Mountain’s BC Mountaineering Trail.

The 53-year old was stabbed by a man coming down the trail at the halfway point. The victim has been transported to Lions Gate Hospital with non-life threatening injuries. He struggled down the mountain and was later assisted by other hikers who called 9-1-1.

According to CTV, the individual responsible is still at large and is believed to be a young, white man with dark hair wearing a light-coloured T-shirt. North Vancouver RCMP and police dogs have secured the area and are looking for other potential victims on nearby trails. 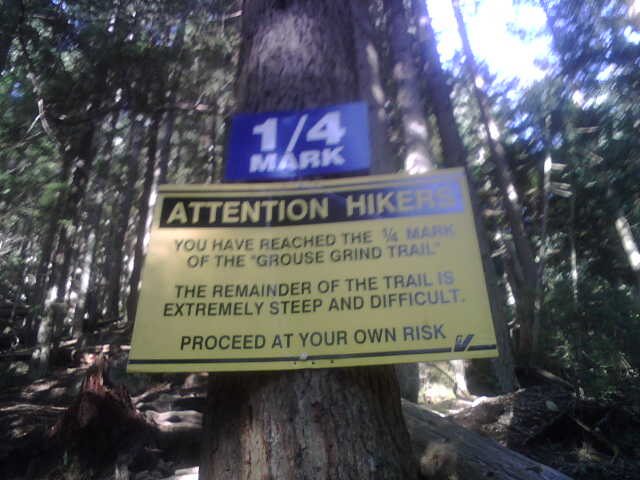 From earlier this evening:

The Grouse Grind is now open from 7 a.m. to 3 p.m. until its seasonal winter closure due to snowfall. Icy conditions and snow have been reported beginning at the 3/4th mark of the trail. In August, the Grouse Grind was named as the world’s fifth most dangerous hike by Outdoor Magazine for its gruelling vertical climb.

Injuries and fatalities from slips, falls over the mountain, cardiac arrests or negligence by others have been reported over the years, however, attacks by other hikers have never been reported before. As many as a thousand people climb the Grouse Grind every day during the summer months when warm, clear weather and longer daylight hours make for the optimal climbing conditions.

The trail begins just east of the Grouse Mountain Skyride, climbing an elevation of over 850 metres over a short distance of 2.9 kilometres. The trail’s summit at the mountain chalet is 1,127 metres above sea level.

Over 100,000 people hike the trail every year between May to November – the period when the trail is normally open. On average, it takes 90 minutes to complete the hike although many deemed fit are able to complete it in under an hour. The record time is currently held by Sebastian Salas, who completed the climb in just 25 minutes 01 secs in 2010.

Have you ever read the Grouse Grind trail’s exclusion of liability sign? 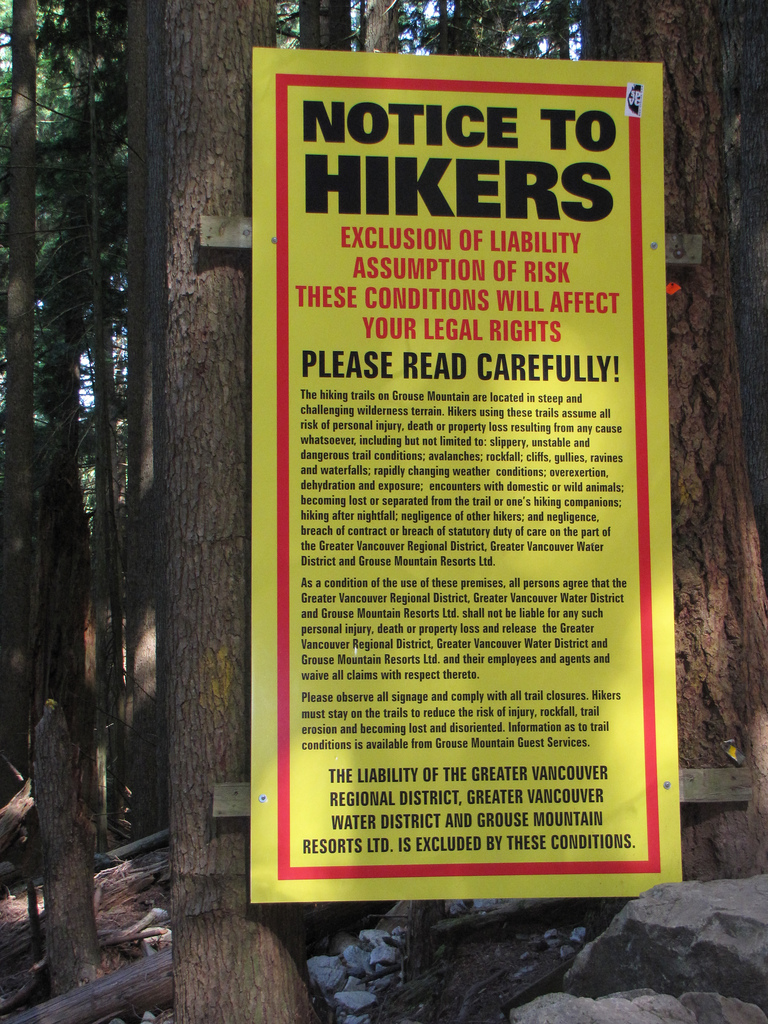