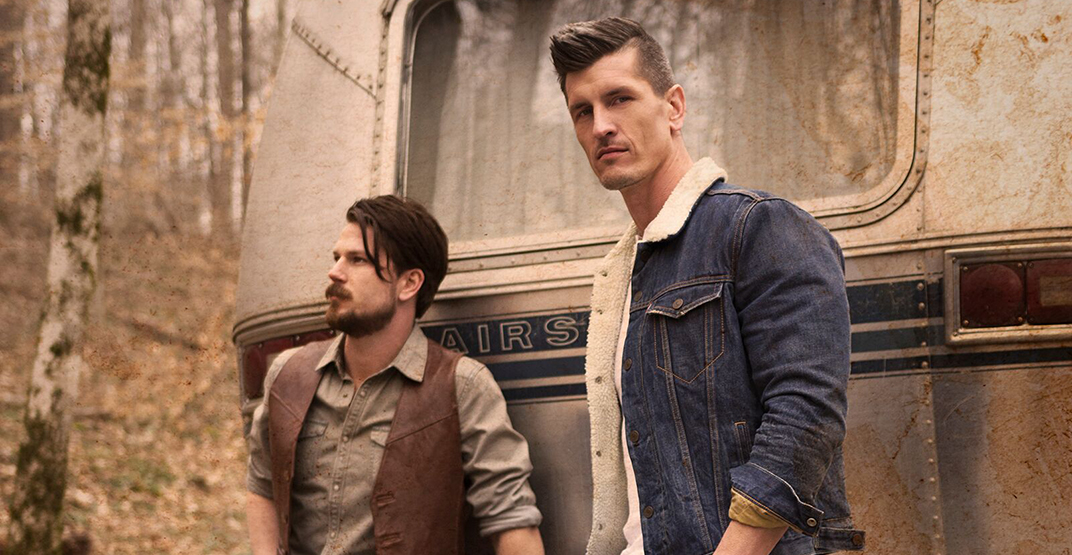 Canadian country music duo High Valley is coming to Abbotsford this spring to kick off their 2020 tour.

Brad and Curtis Rempel, brothers from Blumenort, Alberta have received acclaim from Rolling Stone, Pandora, CMT, and Spotify for their harmonies that blend bluegrass and country.

Influenced by Ricky Skaggs, Diamond Rio, and the Everly Brothers, the band has received over 200 million streams in Canada and the US alone, and their track “She’s With Me” was a Top 10 single on country radio in the US. Fans will get to see the duo perform their newly released single, “Single Man.”

Both “Make You Mine” and “She’s With Me” singles, produced by Atlantic Records and Warner Music Nashville were certified Gold in the US and Platinum in Canada. And that’s not all. The band has also won CCMA awards and was nominated for the ACM New Duo of the Year for the second year in a row.

High Valley will be accompanied by some serious country talent on their tour, firstly with the multi-platinum Eli Young Band, who have been on Jimmy Fallon, Jay Leno, and Jimmy Kimmel, and have received multiple nominations for Grammy awards. Fans will get to see the band perform their brand-new single, “Break It In.”

Also performing on the night are Lindsay Ell and Jade Eagleson. Ell, a talented musician, vocalist, and songwriter, has been named by Forbes as, “one of the most exciting and talented young artists in country music.”

Only 25 years old, Eagleson is new on the country scene but one to watch. Influenced by country icons like Johnny Cash, George Jones, and Randy Travis, she was named winner of the Boots & Hearts Emerging Artist showcase in 2017, catapulting her career. 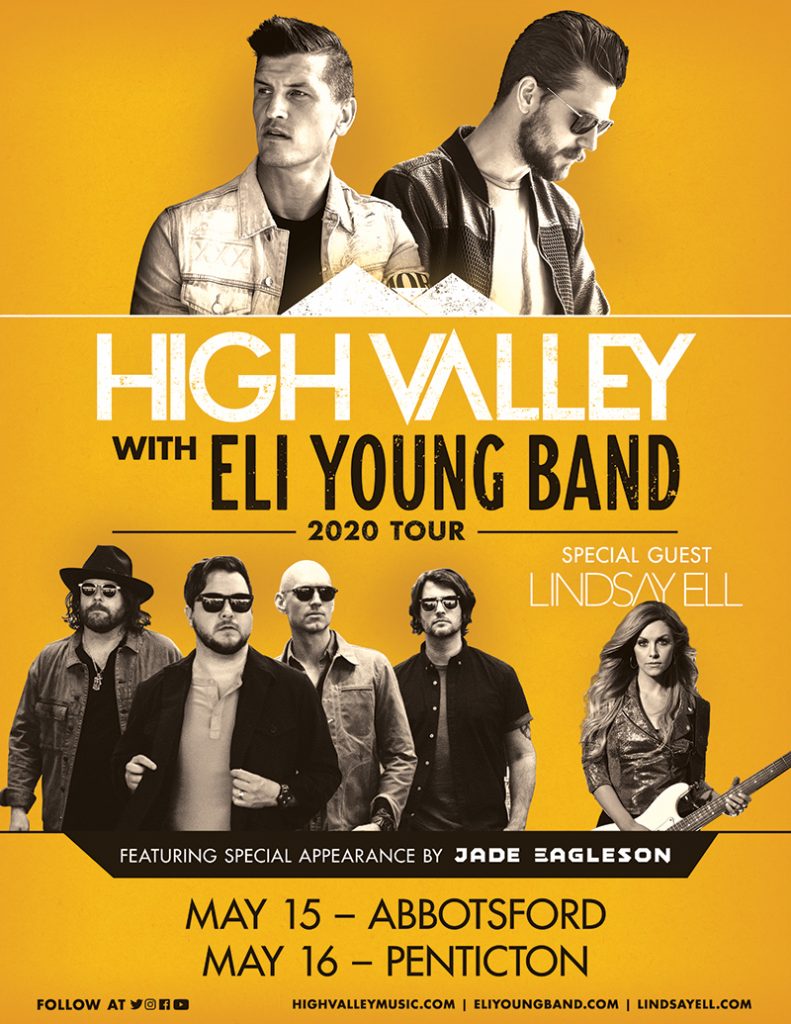 High Valley’s 2020 Canadian tour will see the band playing 10 dates across the country. Kicking off in Abbotsford on May 15, they’ll then head to Fort McMurray, Saskatoon, Lethbridge, and Calgary, before their finale in Brandon, MB on May 29.

Tickets to High Valley’s 2020 Abbotsford concert are on sale now, starting at $35.95 via Ticketmaster. Don’t miss out!