A bizarre and humourous prank on Google Maps has Android fans snickering and Apple enthusiasts unimpressed.

If you happened to be looking for directions for a pit-stop near Rawalpindi, Pakistan, you may have noticed a map feature resembling the Android droid urinating on the Apple logo. Cult of Android first reported the childish joke on Friday, but Google has since flushed the feature from their system.

Business Insider claims a spokesperson from Google confirmed the feature was added through Google’s MapMaker software and was not the act of a cheeky employee just ‘going with the flow’, so to speak, of other innocuous Google pranks. 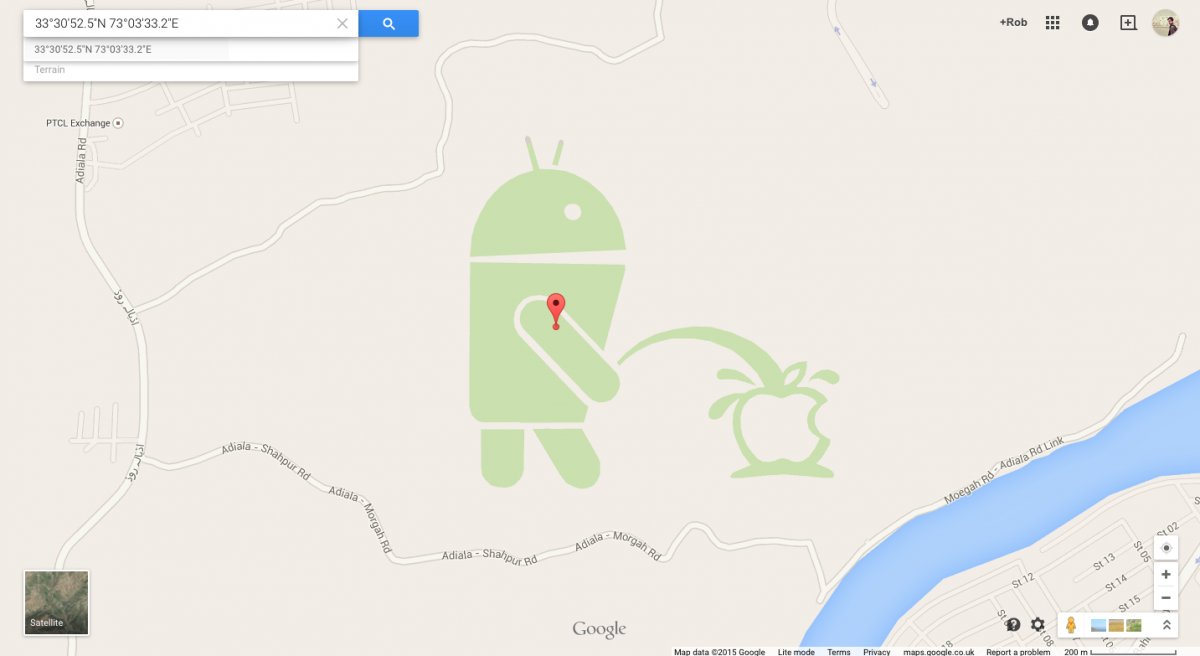