Vancouver, get ready for a new music festival. The Hiatus Music Festival will take place Saturday, July 23 at the legendary Vancouver institution and cultural landmark, the Waldorf Hotel.

“The inception of Hiatus Music Festival represents the demand for events beyond the norm in our city,” says Ryan Trasolini, Space+Time Founder and Talent Buyer for the festival. “Having successfully executed non-traditional events at the Waldorf including a series of New Year’s Eve parties with Diplo’s label Mad Decent and world famous rapper Travis Scott, who was still in the infancy of his career when we worked with him, I’m thrilled to be partnering with Postmark and Jon Campbell from the Waldorf yet again to bring a one of a kind event experience to the city of Vancouver – especially during the summer.”

“We are excited to introduce an event that brings like-minded people together and caters to a demographic looking for social, music and art experiences,” says Steve Thorp, co-founder of Settlement Building, a collective of lifestyle and manufacturing brands: Postmark Brewing, Vancouver Urban Winery, and Belgard Kitchen.

Daytime festivities are set to take place around the Waldorf Hotel, utilizing the sizeable outdoor space surrounding the venue featuring multiple music stages, visual art installations, craft beer and food offerings, and some yet to be revealed, surprise interactive experiences.

At night, the festival will takeover the Waldorf, including four stages of talent and unique brand experiences.

Located in East Van, the festival is easy to access and, while servicing the residents of the neighbourhood, also seeks to promote the legendary locale to a wider, more eclectic audience. As a 19+ event, the festival will cater to food and beverage lovers, but more significantly, music and culture lovers and young professionals drawn to city based events and experiences not offered by the typical nightlife outing or traditional Vancouver social gathering. 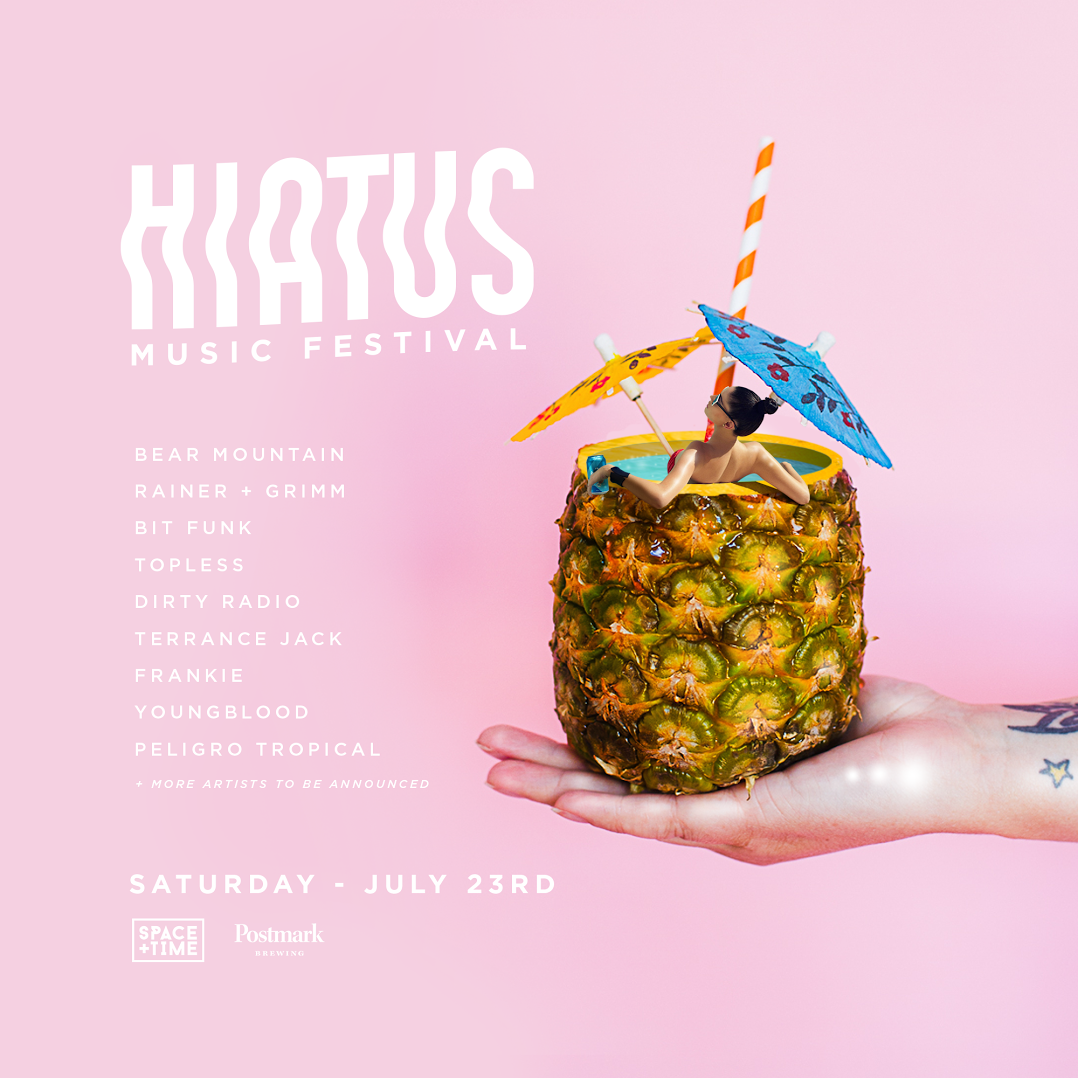 Early bird, General Admission passes start at $54.95, with exclusive, themed out Hotel Room Packages also available for purchase starting at $599. Tickets are now available and and further information can be found at Hiatus Music Fest‘s site.