Have you heard of the name Jim Perkins? If you are alive and active in the city of Vancouver you have probably passed by some of his work. Here is one very cool, largely successful and emerging businessmen located here in our city. From the upcoming Tap and Barrel on top of the Vancouver Convention Centre, to restaurants and tattoo shops on Main Street and local philanthropy work, his Group of Companies are exploding.

Jim is originally from Wales of the UK. After spending some time in various cities around the world, he settled here in Vancouver just over ten years ago. He finds it safe, comfortable and, like most Vancouverites, loves the summers here.

If you think you’re busy, one look at Jim’s daily agenda and the companies he manages will warrant that you can do more. Jim started working at the age of six because his dad owned a construction company and would find himself pitching in around the sites. This work ethic picked up at such a young age has only matured over time and to this day he loves to stay incredibly busy, which is something Jim sees as a missing component with our younger workforce today.

“The act of hard work and putting in your time should be done with pride, not looked at as a negative thing.”

This is said form a sincere standpoint as Jim truly believes that youth can be key in moving our businesses and cities forward with their ideas, and innovative ways of thinking.

“Our youth are tech savvy and have the energy to help us drive efficiency, we need to start engaging them in our conversations and getting their input on our decision making processes.”

Something Jim has done with his recent launch and success of the Fair Trade Works Company, a software and design company in the Property Development and Construction industries. Jim really listens to his talented young staff who continue to help drive the growth and innovative process at the office.

“They bring the energy day-in and day-out and keep the office an exciting place to come to work.”

Jim is ready to re-invent these industries and bring the ancient practices into a modern era and marketplace in a new light.

“It’s no longer just for fat guys in overalls.”

By incorporating and mixing in new technologies he would like to help get the youth back into the construction scene and show them the newer-age side of this multi-billion dollar industry.

Recognizing a huge need in the software and customer service aspect to the business is what gave birth to Fair Trade Works and its global impacts and enormous potential.

“Clients have previously been left out of their projects once underway, now they have a chance to be engaged throughout the process. They can log-in online and can see it all come together, no matter where they are in the world.”

This flexibility and transparency of project development makes it exciting for all the parties involved, allowing them to work together to reach the desired outcomes. Jim’s enthusiasm continued to show when stating,

“Home Owners typically don’t know the trade, the costs, and time lines resulting in being at the mercy of the contracted workers. Many clients can become exhausted by the ups and downs of trying to see their projects through. It’s time to change that.”

Recognizing Jim’s clear passion for entrepreneurship and earning the respect of his peers, I asked him to share a few tips for others who want to achieve more in life for themselves and how to obtain it: 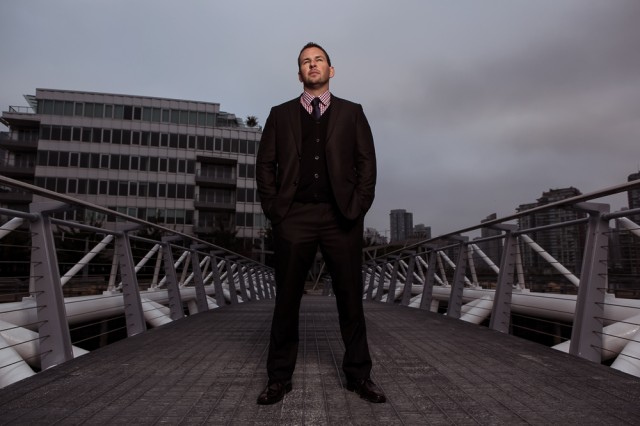 If you haven’t noticed, Jim is also covered in tattoos, so I asked whether or not being covered in ink has hampered his progress in the business world?

“Not today as times have changed.  Tattoos are way more accepted today with all of the shows on television and everything, they have almost become mainstream. It was a little tougher when going through the ranks, but it can make you easier to you be remembered by. As long as you know your stuff, that’s what matters.”

His tattoo shop, Dark Days Studio, has also been gaining a lot of attention with earning the business of celebrity clients such as Tom Hardy, as well as its coverage with a Globe and Mail article and others outlining the outstanding service provided at the shop.

The Fair Trade Works staff keep very busy in contributing to countless causes around the Greater Vancouver area. They are active in helping the BC SPCA and their Paws for a Cause Walk, The CKNW Orphans Fund, Vancouver Fire Department’s Burn Fund, and participation in the West Coast Women’s Show Bachelor Auction where he won the highest bid of the night. You will often see Jim and his street team around town giving out free umbrellas, donating prizes at WHL hockey games, and participating in great events like the recent 99.3 Santa Fox Food Drive and the ClassicRock 101 Christmas Breakfast where they just set a new record of 13,000 pounds of toys and over $26,000 in donations for those in need.

With success comes the pleasure of being able to give back, and Jim and his staff show how important that is to them throughout the year here in Vancouver. Their work in the home and building sector relates to everyone in the city and after spending some time with Jim it was easy to see why his companies are expanding and continuing to succeed. It’s a refreshing example for many young entrepreneurs to follow and learn from and on behalf of the city and Vancity Buzz, we appreciate it.