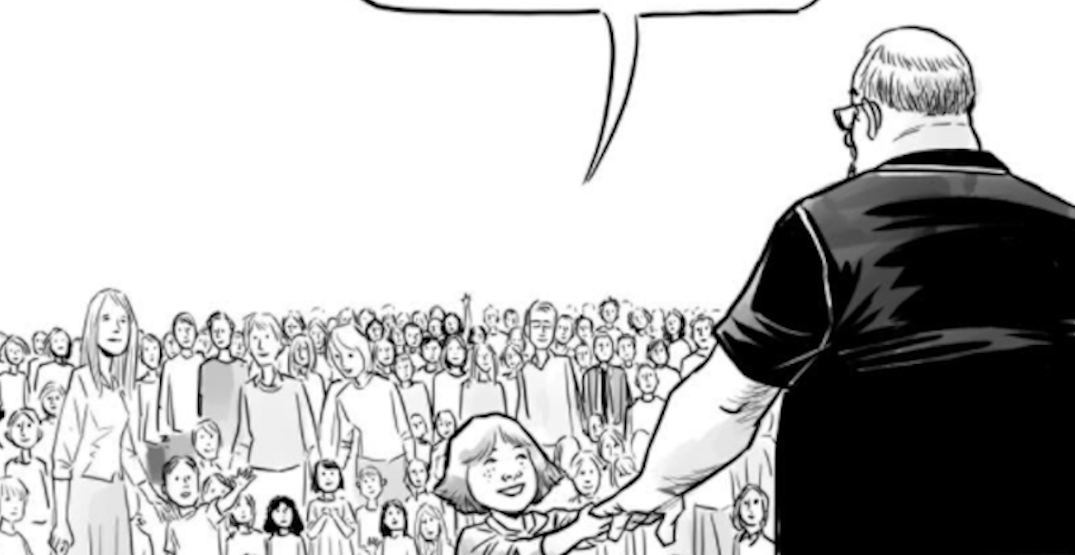 When Pia Guerra started working professionally as a comic book artist over 25 years ago, she never expected that one of her cartoons would one day resonate with so many people.

Guerra, who lives in Vancouver, is the artist behind Hero’s Welcome, which depicts a young girl leading high school football coach Aaron Feis to meet a crowd of other school shooting victims.

Feis was one of the 17 people killed in the mass shooting at a high school in Parkland, Florida last week.

According to reports, Feis was trying to shield students from bullets when he was shot and killed.

Guerra posted the cartoon on her Twitter account on February 15, and it has since been re-tweeted nearly 18,000 times.

At the time of this writing, it had also been shared more than 72,000 times on Facebook. 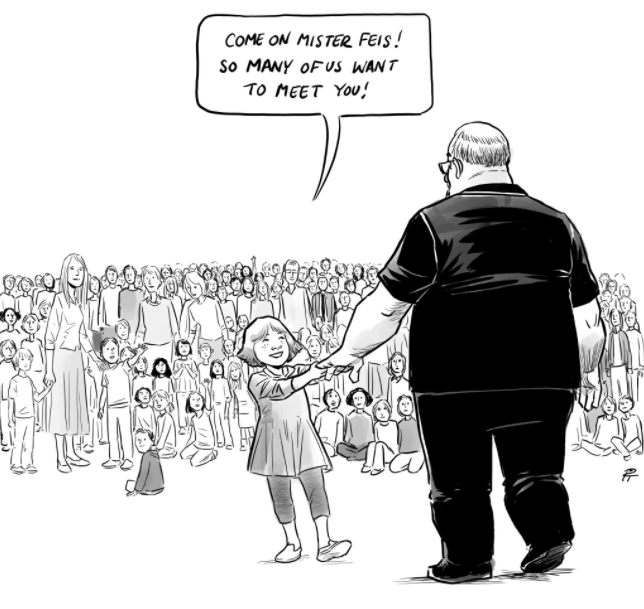 Of her cartoon and the attention it has received, Guerra told Daily Hive that “it feels good that people are connecting with something I created, that it pushes them to think and start conversations.”

However, she added, “I wish it wasn’t over something so tragic.”

Asked about her process in coming up with – and creating – this cartoon, Guerra, who is a regular contributor to TheNib.com, said her usual process is “watching the news, reading articles, following conversations in social media and waiting for an image, an allegory, a metaphor to come to mind as I do.”

If that image “comes with an emotional response then I know I’m on the right track and keep developing the idea from there,” she said.

With Hero’s Welcome, “I was up all night watching CNN, crying and fuming,” she said.

“This image arrived just after I submitted another cartoon to the Nib focusing on the Second Amendment. I was about to crash for the morning but stayed up to get this new idea out while the emotions were still fresh.”

Guerra said she submitted the cartoon “and the Nib liked it but decided to go with the first one.”

She then posted Hero’s Welcome on her Twitter page and “it took off from there.”

Though the cartoon overall is a moving one, Guerra said there were individual aspects of the illustration she wanted to highlight.

“The main one being, that wherever all these amazing, brave, and wonderful people are, they’re not ‘here,'” she said “And why the hell is that?”

This isn’t the first time one of Guerra’s cartoons has gone viral.

She was also the illustrator behind a cartoon that was published and went viral last year, which shows a child-like Donald Trump sitting on the lap of now-former White House strategist Steve Bannon’s lap and saying “I’m a big boy.”

“After the election, I not only had a subject but a strong need to do something to speak out,” she said.

Her cartooning career took another unexpected turn last fall when she was asked by an editor at The New Yorker if she wanted to submit cartoons, with writing help from her comedian husband Ian Boothby.

“We’ve sold several and I never imagined that ever happening,” she said. “It’s interesting how life goes.”