From earlier this year:

Early last month, the NHL confirmed that BC Place Stadium will host a Tim Hortons NHL Heritage Classic game between the Vancouver Canucks and the Ottawa Senators. Ticket prices for the 55,000-seat event have since been announced. 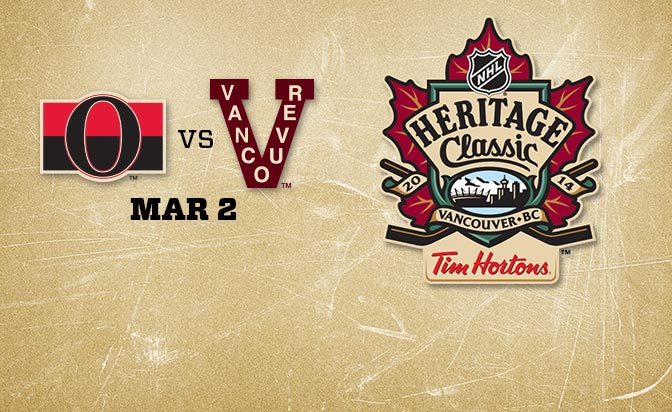 The match is scheduled for Sunday, March 2, 2014. The NHL is hoping for an open roof at the Vancouver game, although in all likelihood the retractable roof will probably be closed given the wet weather the city normally experiences in early-March.

Not surprisingly, and very much unlike the first rows at Rogers Arena, the first few rows (highlighted in red colour on the seating chart below) at the big game held at BC Place will be the cheapest tickets at the stadium given the poor sight-lines to the artificial ice surface located in the middle of the stadium floor. The best seats in the house are located in the upper sections of the lower bowl and the lower sections of the upper bowl. 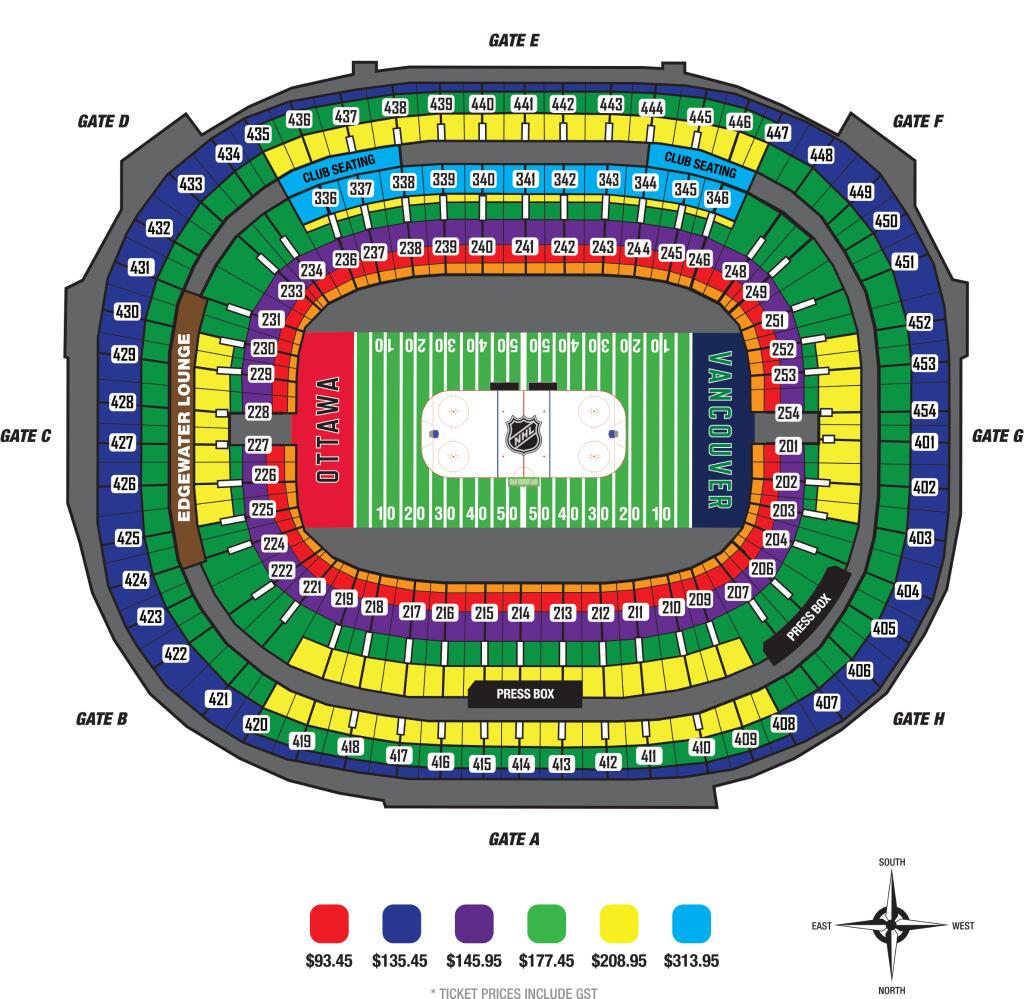