Frogs are some of the most subtle and vital creatures in our ecosystems, and they need our help. With a special kit from Vancouver’s Aquadopt initiative, you can lend a hand.

Aquadopt kits provide a symbolic adoption, and go to supporting a broad range of conservation, research and education initiatives. In support of the Leap Year, you can purchase a special kit that goes directly to the Amphibian Ark Program, meaning purchasers of the Aquadopt frog kit directly support the breeding of three endangered frog species: the Panamanian Golden Frog, the Oregon Spotted Frog, and the Northern Leopard Frog.

Each of these three species are in dire need of the help, says Andrea Wright, Director of Development at the Vancouver Aquarium. The Northern Leopard Frog is British Columbia’s most endangered frog, while the Oregon Spotted Frog is Canada’s most endangered frog. The Panamanian Golden Frog, while indigenous to Central America, is thought to be nearly extinct in the wild too.

“It’s interesting, because frogs as amphibians are a really critical indicator species in terms of environmental health. They actually eat and breathe through their skin which makes them particularly susceptible to changes in the environment, be them pollutants, toxins, contaminants, that sort of thing,” says Wright. “[They] tell us how healthy or unhealthy our environments are.” 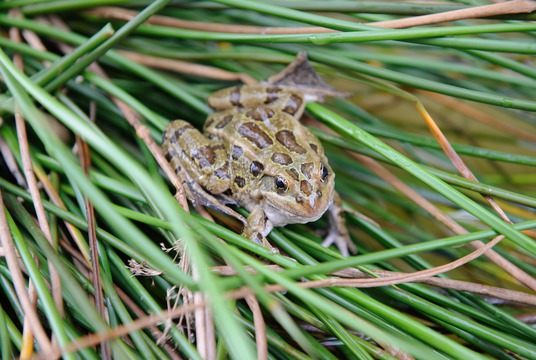 Wright says another function frogs serve in the environment is keeping local food chains intact, something vital to the balance that currently exists.

“They’re sort of in the middle of the food web, so they eat a lot of things like mosquitoes, bugs, even small rodents and that type of thing. They in turn are eaten by birds, reptiles, and other larger animals,” she says. “Those animals wouldn’t eat the smaller things like wood lice and mosquitoes. If [frogs] go extinct they shake up the entire food web, and we would see huge ramifications from that, not the least of which is being overrun my mosquitoes.”

Wright says that thanks to factors such as environmental destruction, development, and the deadly chytrid fungus, frogs are currently dying off a rate faster than the dinosaurs.

“In the last 10 years it’s estimated that 65 species are completely extinct, and a number are set to be extinct within the next number of years,” she says. “We have three here at the aquarium… in the Panamanian Golden Frog example, that’s holding an assurance species. We have species of that frog that don’t exist in the wild, and perhaps at some point we may be able to put them back.”

In terms of the Oregon Spotted Frog and Northern Leopard Frog, the Vancouver Aquarium breeding programs lead directly to reintroducing populations back into the wild. Last year 4,200 tadpoles were reintroduced, something Wright says the Aquarium hopes will help lead to re-population in the environment. 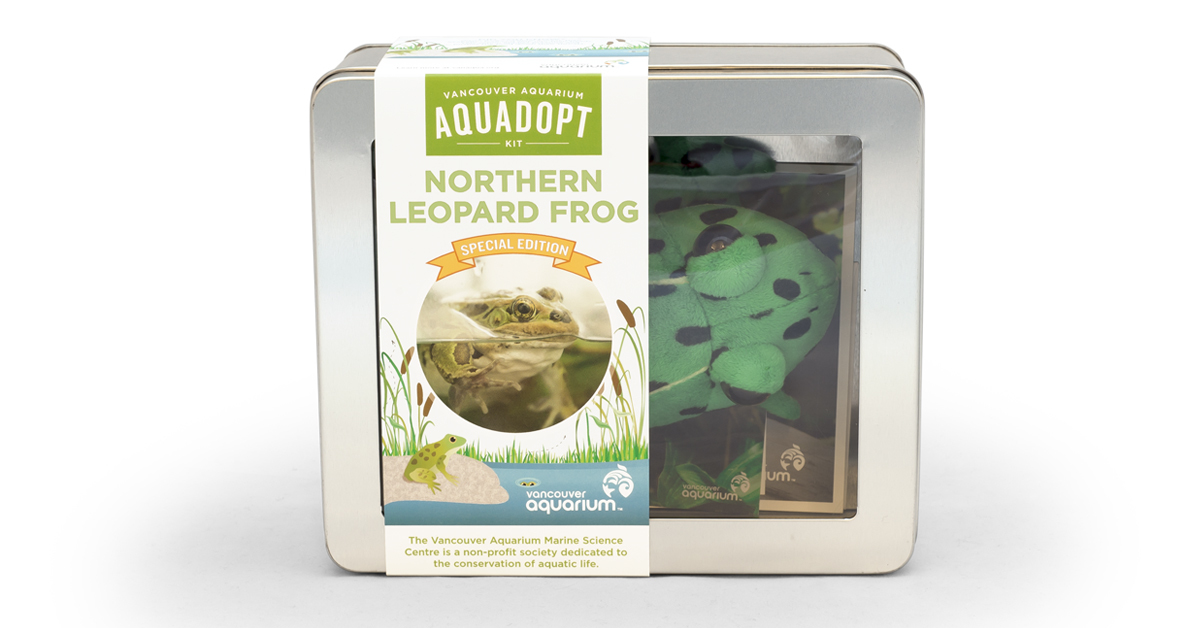 Wright says the main purpouse of the Aquadopt program is to get kids interested in vital conservation efforts, as in the years to come they’ll be the ones heading up projects themselves.

“Children are the future. They are the people that one day may choose to have careers in fields that will contribute to better understandings in science, or they may take careers that help other people become engaged in these issues,” she says. “Kids… are sponges for things. They learn things, they get taken with things, and they help make change around them.”

Wright says through Vancouver Aquarium programs, there are many children who organize their own Great Canadian Shore Cleanup events, or help inform people in their social groups about initiatives.

“They’re passionate, they have the ability, and the time to understand the issues, and make change for the better,” she says.

To learn more about the Aquadopt program and how you can get involved, visit the Vancouver Aquarium website.