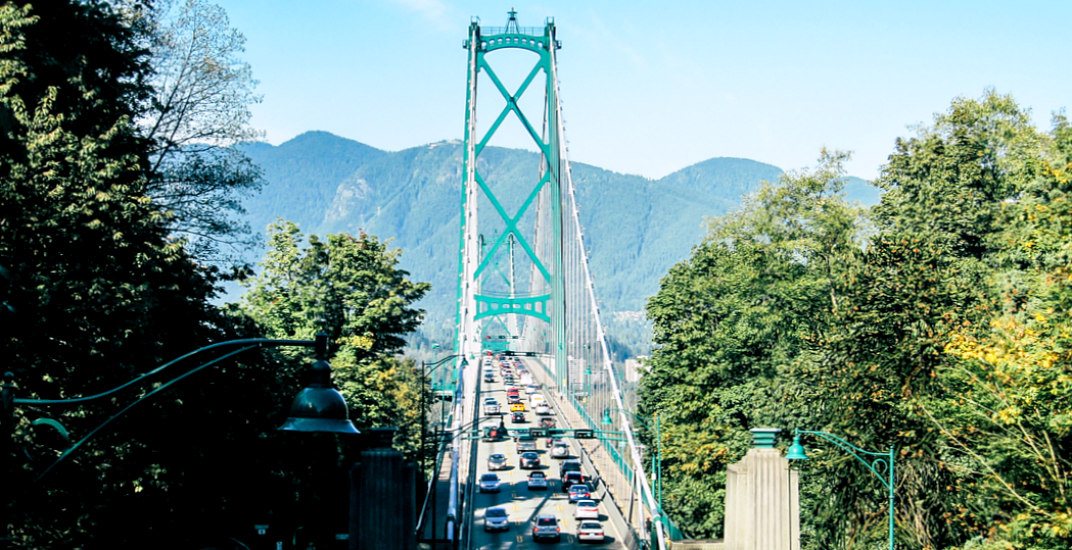 Like anything, commuting in Vancouver comes with pros and cons.

You get the opportunity to travel through one of the most beautiful cities in the world on a regular basis, surrounded by stunning, often snow-capped mountains. But you don’t want to be stuck in the same place for long periods every single day looking at them.

Yep, traffic congestion is an issue in Vancouver but there’s something that could help improve the situation and the lives of residents – it’s called decongestion charging. It’s a tool that helps to combat congestion by charging users for the road services they use.

Right off the bat, you’re probably thinking ‘hell no’. But there’s more to it.

That’s why Daily Hive spoke with Daniel Firth, executive director of the Mobility Pricing Independent Commission, to find out why he thinks it could work in Vancouver and what you can do to join the conversation about what decongestion charging could mean for the region.

In your opinion, how severe is Vancouver’s problem with traffic congestion?

So while we maybe don’t have a problem on the scale of megacities like Los Angles, New York, or Sao Paulo, it’s a pretty big problem for a city this size.

The other way of looking at it is whether it’s something people experience to be a problem – and our polling shows that 89% of Metro Vancouver residents are frustrated by traffic delays caused by high traffic volumes. But we also need to consider whether it’s better or worse than it used to be and whether it’s set to improve or deteriorate.

Our traffic modelling shows that drivers and bus passengers spend about 30% of their time stuck in traffic in the rush hours, and that could increase to 40% by 2035 – and that is a big improvement over what could happen without the planned investments in transit identified in phase one and two of the Mayors’ 10 year investment plan.

The impacts of congestion are about more than just frustration. Delays cost money, for us as individuals because our time is valuable, and of course for businesses. When Amazon was looking for a location for a new second headquarters, one of the many factors they were looking at was the severity of traffic congestion. There are also impacts for the environment, for road safety, and not least for health. Some studies have linked the congestion tax in Stockholm to nearly a 50% reduction in child asthma attacks.

Can you explain why decongestion charging could benefit Vancouver?

Decongestion charging works by charging a small fee to drive at congested times and places. This causes a few people to choose to drive at a different time or by a different route, or by switching to transit, walking, cycling, or car sharing.

By reducing the number of people driving at congested times and locations by just a little bit, we can make it easier for people who choose to pay and carry on driving.

The hard part is to find just the right amount to charge to get just enough people to change the way they travel, without making it too expensive for those who choose to drive. It’s kind of a Goldilocks number – not too much, not too little, but just right.

If we use a small fee instead of a line-up to manage traffic, we can also collect some money that can be reused for a good purpose. So not only do we get out of the traffic jam, we also collect money for better roads and new transit services.

It’s important to stress that decongestion charging is not a solution on its own – we also need to continue building the city in a way that reduces the need to drive, as well as improving other ways to get around through measures that make it easier to use transit, walk, or cycle.

So if we do it right, we could reduce the amount of time people in Metro Vancouver are wasting in traffic, and raise some money to put back into improving the transportation system.

How can a system like this be brought into effect in the city? What can members of the public do to help bring this forward?

The Mayors’ Council on Regional Transportation – the body responsible for guiding the transportation policy in Metro Vancouver – together with the TransLink Board of Directors have established the Mobility Pricing Independent Commission to study how decongestion charging might work. My job, together with a small staff of experts, is to help the Commission understand how it could work in this region.

We have just completed a large public engagement effort asking people to identify congestion hotspots and tell us what challenges they see with traffic here in Metro Vancouver. Over 6,000 people from across the region participated and the report for that is now available through our website itstimemv.ca. People can also sign up for project updates and learn more about the project on the website.

The Commission will deliver a report to the Mayors and Board of Directors in spring 2018 and then it will be up to them, together with the provincial government, to make a decision on a way forward.

When do you expect to see results from the It’s Time decongestion charging research?

We published a first research report in October looking at some baseline data around congestion in the transportation system today. We have just released a second report that includes research on Metro Vancouver’s traffic congestion issues and possible decongestion charging options, key learnings from other jurisdictions around the world, and feedback from our recent public and stakeholder engagement efforts. The report is available through our website itstimemv.ca. Research and public engagement will continue into the new year and the Commission will deliver their report in spring 2018.

While we can learn a lot from other cities that have done decongestion charging, it’s clear that we can’t just take a model that has worked somewhere else and apply it here. That’s why we need to hear from people what is important to them: what would successful decongestion look like in Metro Vancouver? That’s the only way to get to that answer.

Daniel Firth, the executive director of the Mobility Pricing Independent Commission, is an urban planner with qualifications from the University of Newcastle, England and the Royal Institute of Technology in Stockholm, Sweden. He has years of experience in designing, implementing, and evaluating road user charging and performance parking systems in London and Stockholm. He also has experience in aligning and integrating mobility pricing with other urban policy goals and plans. Firth was most recently chief strategy officer for roads and streets at the City of Stockholm and was involved in the implementation and expansion of the Central London Congestion Charge.