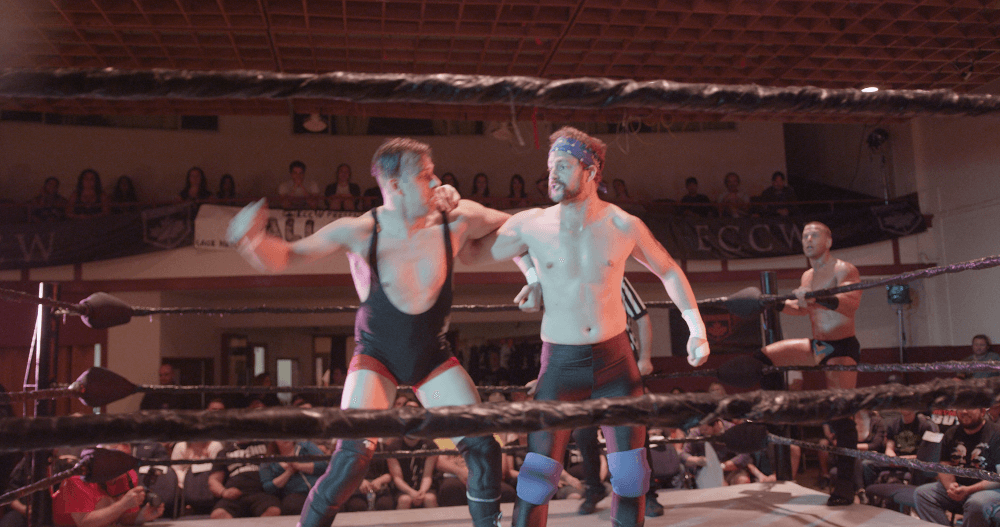 It might sound weird to say it, but wrestling is a pretty niche product. Weird in the sense that the main player in wrestling, the WWE, has an entire network devoted to the art of wrestling. On their network you can find shows about car rides, you can watch cartoons about wrestlers at summer camp, you can see wrestlers pull pranks on each other, you can even watch them have dinner and reminisce about old times. And that’s just the content that isn’t actual wrestling.

Turn the WWE network on during the day and odds are you’ll see current or past legends duking it out in the middle of the squared circle, from Harley Race to everyone’s favourite baby face, Roman Reigns.

So yes, while the WWE is a “global phenomenon”, indie wrestling is a bit of a different beast. Indie wrestling has always persevered in the shadows of it’s corporate overlord, despite it’s limitations of reach and money. Filled by people with big dreams and even bigger imaginations, you’ll often find people in indie wrestling who are there due simply to their love of wrestling. It’s kind of like beer league and minor league hockey all rolled up into one, except with body slams instead of slap shots.

On a rare occasion someone on the local scene will make it to the top of the food chain. The Bollywood Boyz, two long time mainstays in ECCW, the local wrestling federation in Vancouver, were recently hired by the WWE. That dream of making it to the WWE will often be the carrot on the stick for most indie wrestlers. Not many will deny they’ve allowed themselves to dream about being on the world’s largest wrestling stage at one point or another. But by and large, wrestlers and those that work in indie wrestling are there because wrestling gives them that rush nothing else can.

And it’s hard to explain that love to people who might happen across indie wrestling. Watching wrestlers perform in community centres or gyms with basketball hoops hanging over the ring, it can be forgiven if outsiders struggle to understand the appeal. The over the top and in your face world of wrestling sometimes feels shackled and out of place inside a small high school gym, creating a cognitive dissonance that is hard to overcome.

Which is why you might think it would be the last place an up and coming director would try and make his break into the movie business. Indie wrestling can be a niche product as it is, but a mockumetary about two wannabe pro-wrestlers trying to break into the business? That seems like it’s a risky move.

But not so, according to Danny Mac, the writer, lead actor and co-director (along with Ian MacDougall) of Heel Kick, a movie steeped in indie wrestling, about two guys trying to become wrestlers.

“It takes place in the world of indie pro wrestling, but it’s about people,” Danny explains. “Some of the feedback I received from our screenings in Edmonton were from people who knew nothing about pro wrestling, but loved the film and felt it was really educational and never daunting. And the wrestling fans, they gave it the seal of approval too.”

Danny was born in Edmonton, in a province that produced one of wrestling’s greatest dynasties, the Hart family. Unsurprisingly, he was a fan of wrestling growing up.

“Even when I grew out of professional wrestling in my mid-teens, I was still fascinated by its business/behind-the-scenes aspect.” Danny continues. “Years later, I went to write my next script about people with grandiose dreams that succumb to procrastination, and I recognized that I did not want to make a movie about lazy filmmakers. Even though that was the spark, movies about making movies just don’t really appeal to me that much. I needed something else to be the face of the story. They say write what you know… and I happened to know a lot about professional wrestling (or at least I thought so at the time).”

Danny had a cousin who had attempted a pro-wrestling career at the indie wrestling level, which gave him a starting point.

“I never forgot when he told me about his training, and why he inevitably gave up on the wrestling dream. And if nothing else, I thought it would be fun to learn to run the ropes (I was wrong, by the way).”

Danny moved to Vancouver five years ago to further pursue his movie dreams, and by his own admission, knew he would need to learn the ropes of wrestling if he wanted to make a movie about two guys trying to become wrestlers. 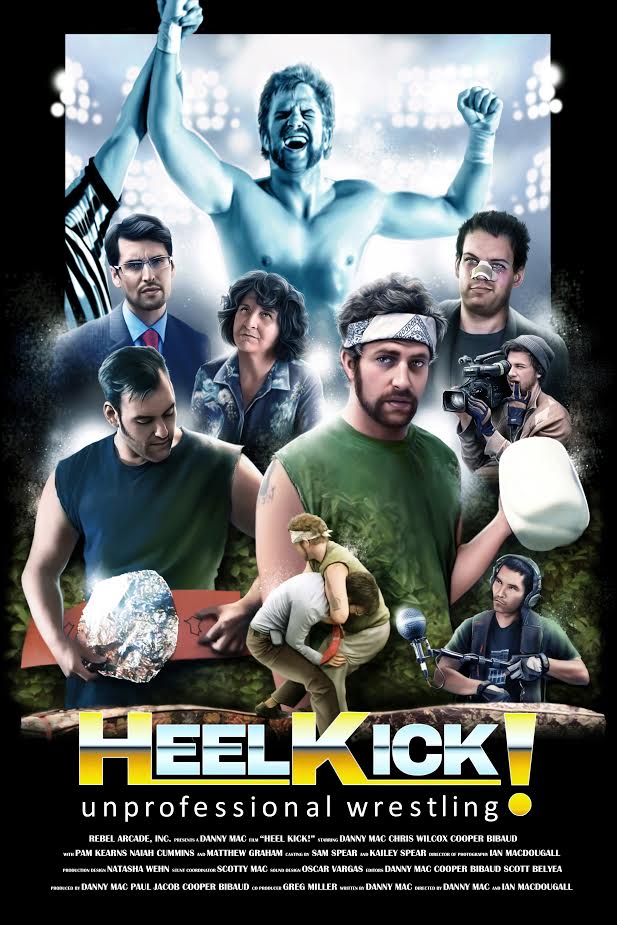 “I knew I’d need an indie wrestling promotion on my side from the jump. I reached out to Scotty Mac of ECCW before I even finished writing the script, and shared my vision with him. I told him that my co-star (Chris Wilcox) and myself would need training, and I invited him, his roster, and company to appear in the film as themselves. He immediately saw the big picture, and I started training right away.”

How hard was that training?

“I trained for six months. Got hurt every day. The important part was that I never got injured. But I DID get knocked unconscious in training one day. All in a day’s work!”

I asked Scotty Mac, an owner of ECCW, and local legend of wrestling, how the training went.

“There were times where I really laid it in with Danny and Chris (Danny’s co-star) and hit them harder than maybe they expected, and they both took it all without complaint. The last thing we want is for people to think they can come in and “play wrestling” and leave thinking it’s easy. But both Danny and Chris worked very hard and it showed.”

For Danny, training was vital, for the authenticity it would help bring the film.

“I didn’t want to be the guy who made a wrestling movie that wrestling fans didn’t like. I would be tough on myself during training, making sure that I got more experience than I probably needed to make the film. Having a product that wrestling fans could respect was paramount to me.”

“The movie, we hope, is for wrestling fans, young or old. But more importantly, I wanted to make something with universal themes that everyone could get on board with.”

If you’d like to watch a screening of Heel Kick, they have two screenings at the Rio Theatre, one on April 4 at 9pm, and one at April 8 at noon, both with a Q&A and a Donnelly Group sponsored afterparty.

You can buy tickets at heelkickmovie.com.