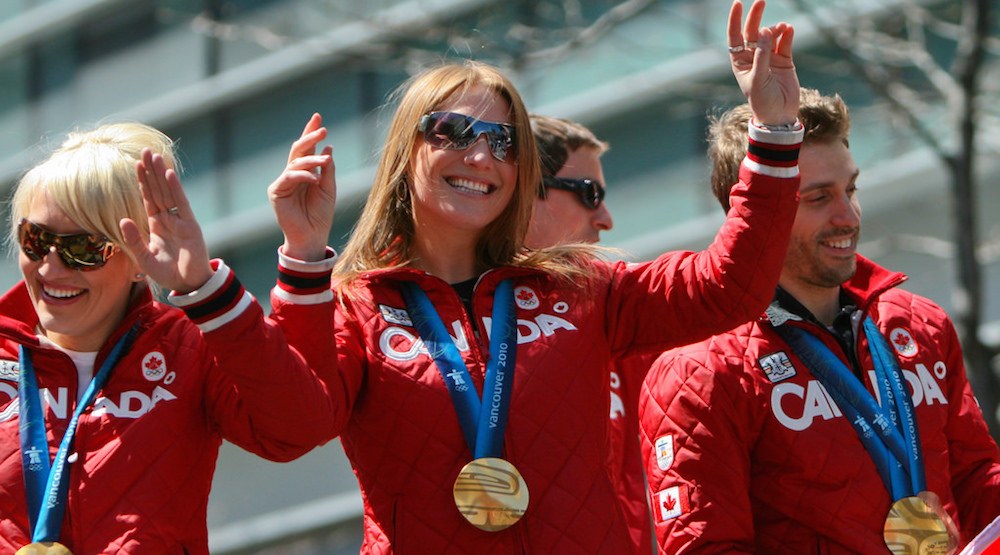 Canada’s Heather Moyse will be inducted into the World Rugby Hall of Fame on Thursday in England.

Moyse will become the second Canadian to be inducted, joining Duncan, BC’s Gareth Rees, who was inducted in 2011. The native of Summerside, Prince Edward Island is the first female rugby player from Canada to receive this honour.

A multi-sport athlete, Moyse became a household name in Canada because of her achievements in the sport of bobsleigh. Moyse won two gold medals for Canada, competing in three Olympic Games in two-woman bobsleigh.

Moyse won gold with Kaillie Humphries at Vancouver 2010, and then again at Sochi 2014. She narrowly missed the podium at her first Olympics in 2006, finishing fourth with teammate Helen Upperton.

While her bobsleigh achievements are legendary in their own right, Moyse competed in two other sports at an international level.

She made 22 international appearances for Canada in her hall of fame worthy rugby 15s career, playing in two Women’s Rugby World Cups in 2006 and 2010, scoring a tournament-best seven tries in each.

After breaking her ankle in Canada’s final game at the World Cup in 2010, Moyse took up cycling as part of her rehabilitation. She excelled in cycling enough to compete for Canada at the Pan Am Track Cycling Championships two years later in 2012.

Despite taking three years off from the sport and undergoing hip surgery, Moyse eventually returned to rugby, helping Canada to a second place finish at the Women’s Rugby World Cup Sevens 2013.

Below is the full list of this year’s inductees:

“The World Rugby Hall of Fame recognizes those who have made an indelible mark on our sport through feats on the field of play, displays of great character or through their tireless and inspirational work in driving forward our great game,” World Rugby Chairman Bill Beaumont said.

“The latest set of inductions includes some real legends, players who have helped to shape the image of rugby and inspire generations of fans. They are truly some of the biggest names in our sport and all have contributed immensely to the enjoyment we have all felt watching top-level rugby over the decades. Each of these 12 inductees has made a positive impression on the sport that will last the test of time.”