It’s a common sight to see golden retrievers and greyhounds inside cages, but for a whole different reason that we might be used to in some parts of the world. Over 25 million dogs are killed for food each year.

Thailand-based UniDog is a non-profit organization that campaigns against the consumption and trade of dog meat. They have recently launched a new campaign that features heartbreaking images of dogs with soup bowls around their heads, with a caption that reads: “I’m Begging For Life, Not Food.” 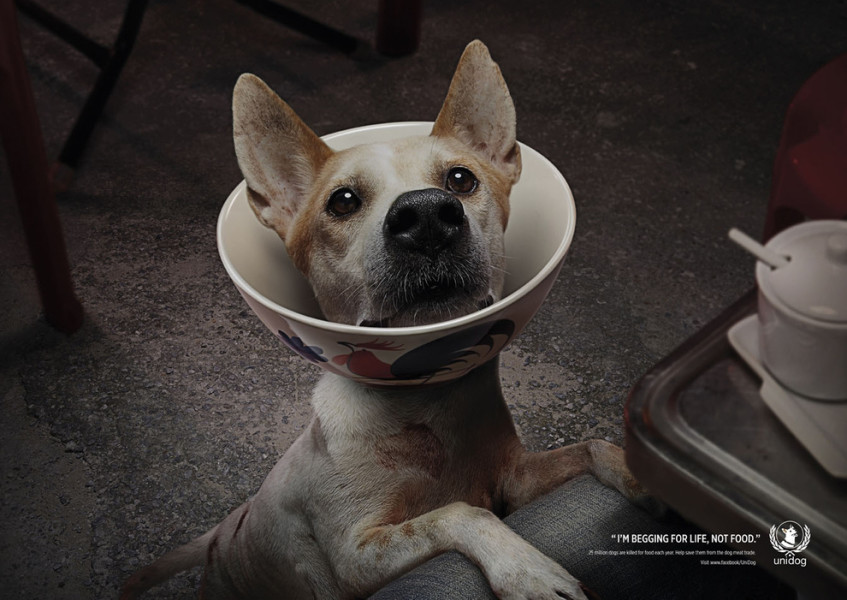 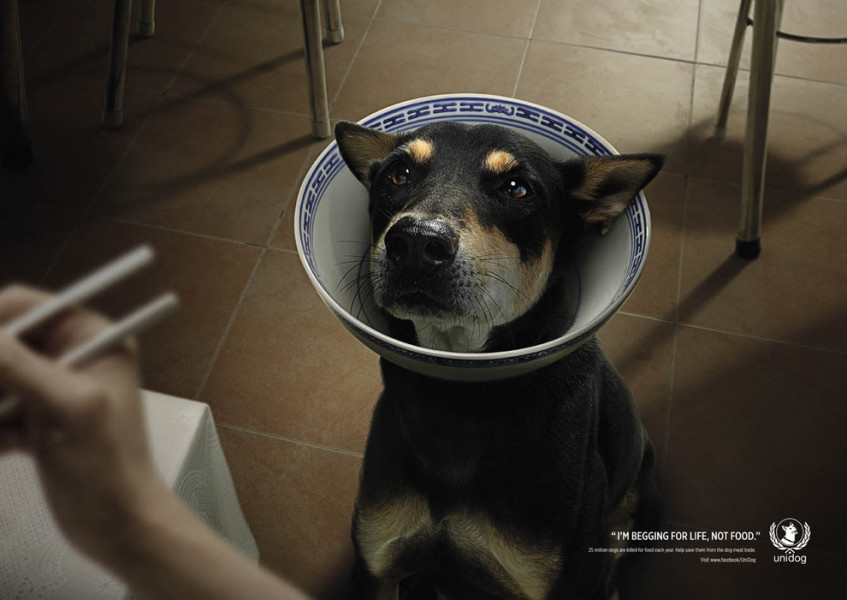 While it is certainly nonexistent in Canada, dog meat is a common and flourishing cuisine found in Mainland China, South Korea, North Korea, Thailand, Vietnam and East Timor.

In addition to their inhumane death, often after a process of being skinned alive, dogs that are bred or captured for consumption spend their lives with other dogs in small and cramped cages with metal wire flooring that damage their feet.

Nearly 98 per cent of the dogs culled are reportedly domesticated, according to the Soi Dog Foundation. While some are purchased from breeders, many are often snatched from city streets and stolen from their owner’s homes. 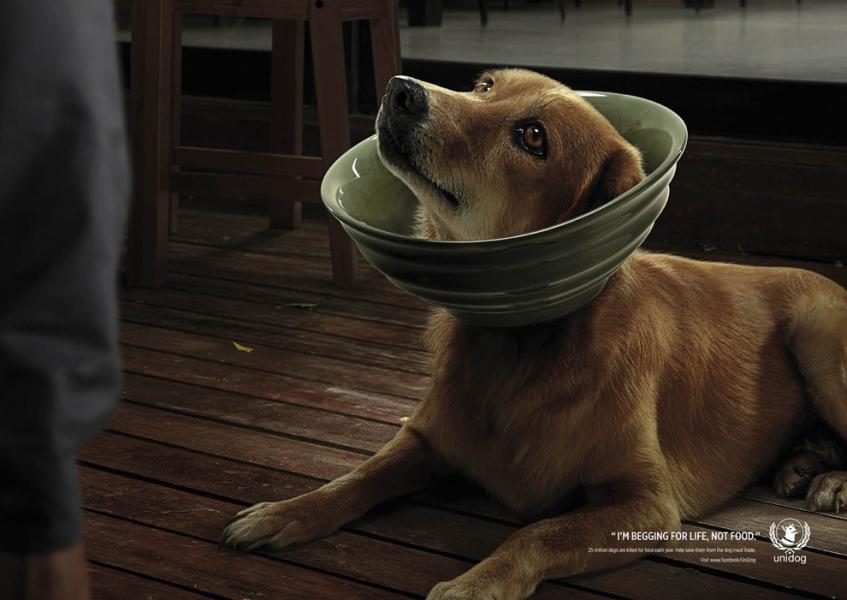