Vancouver’s love for cycling has reached a new level. Just in time for Valentine’s Day, the City of Vancouver has installed six heart-shaped bike racks at several key locations across the city.

The bright red bike racks can be found at the North Plaza of the Vancouver Art Gallery, Coal Harbour seawall near Harbour Green Park, English Bay Beach seawall near the foot of Davie Street, 1400 block of West 10th Avenue, and the North False Creek seawall west of Creekside Park as well as near David Lam Park.

The City encourages the public, especially avid cyclists, to take a photo with one of the bike racks and share it on Twitter or Instagram with hashtag #lovebikeyvr for a chance to win cycling swag.

This also coincides with a similar installation in London this week.

Photo of the heart-shaped bike rack at the North Plaza of the Vancouver Art Gallery. 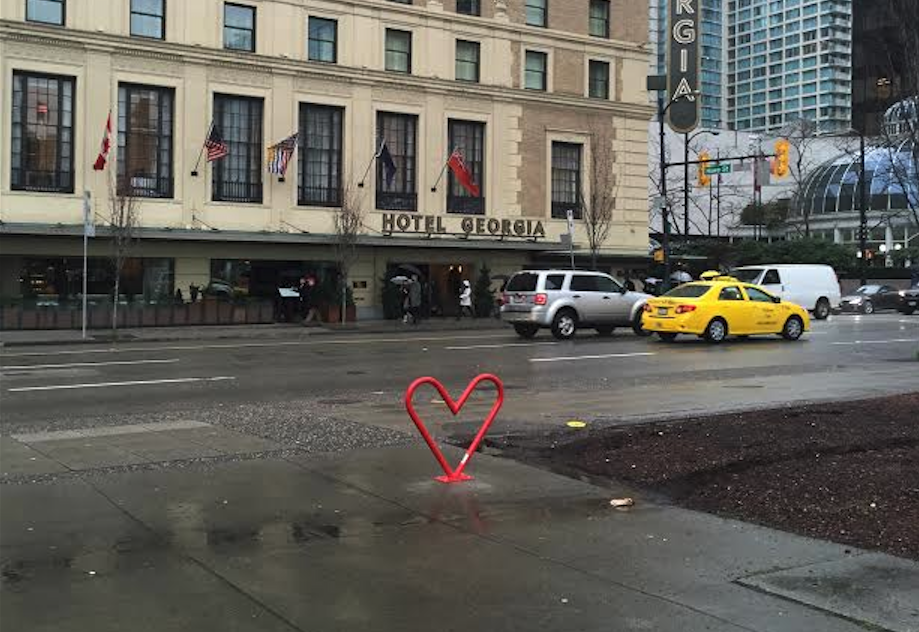 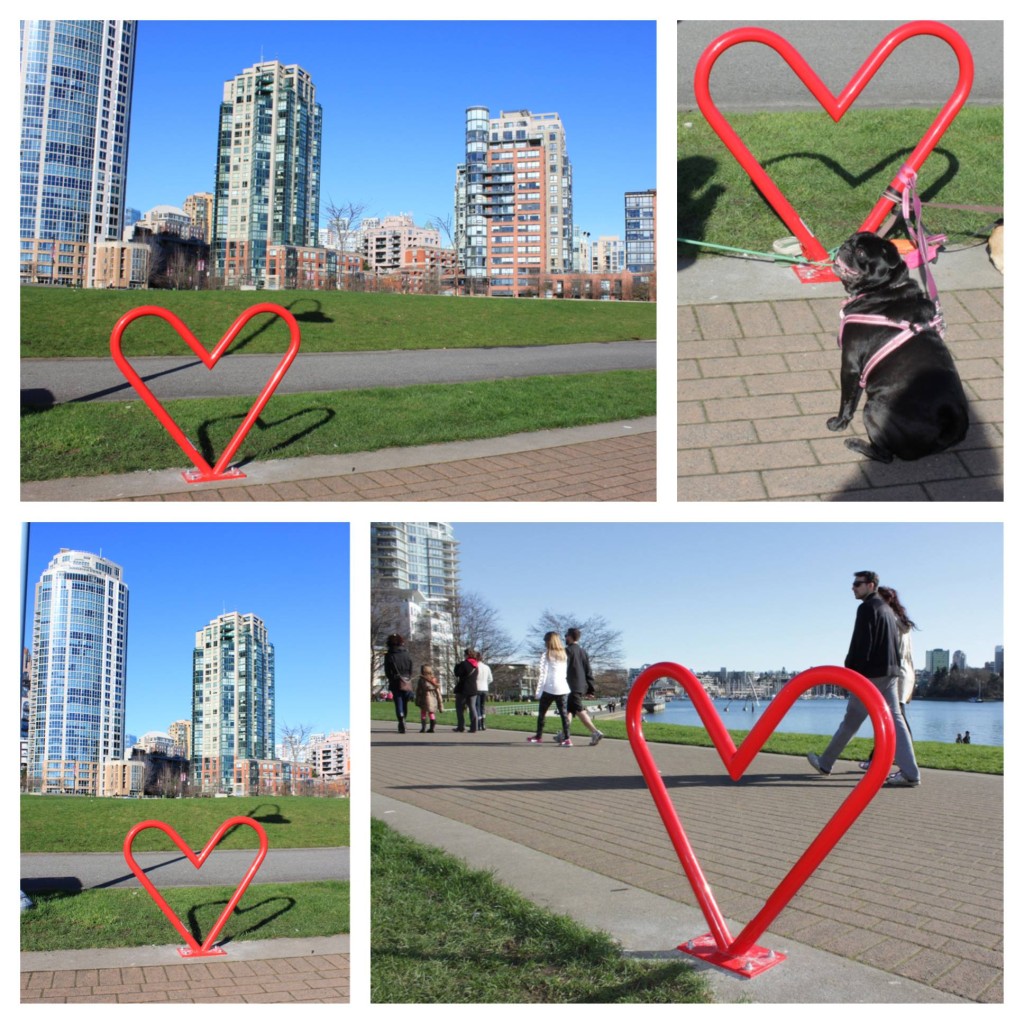 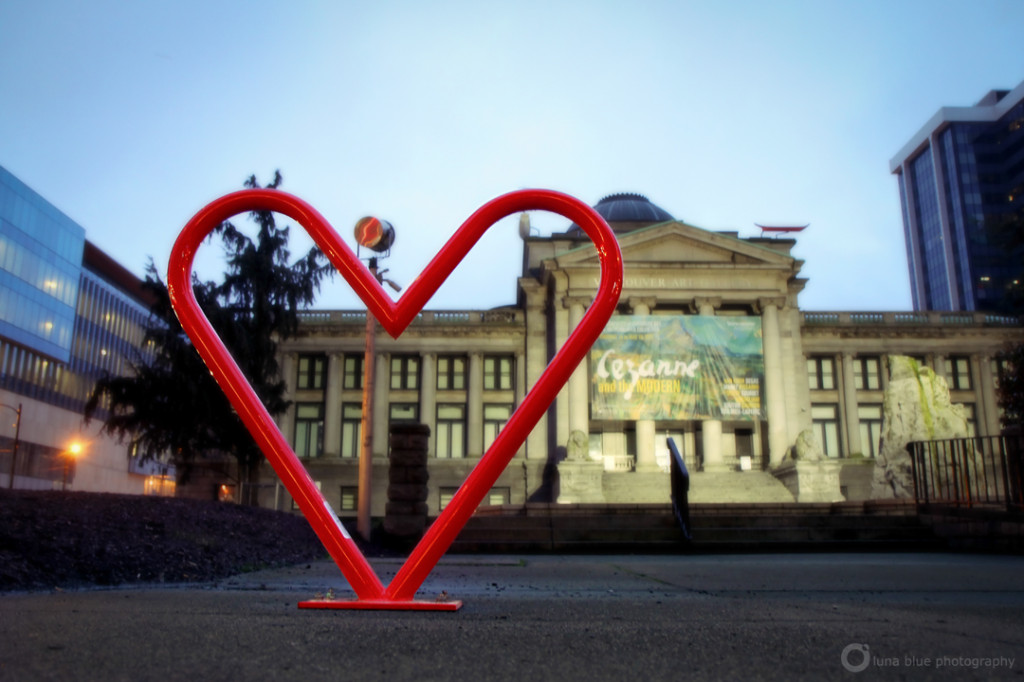