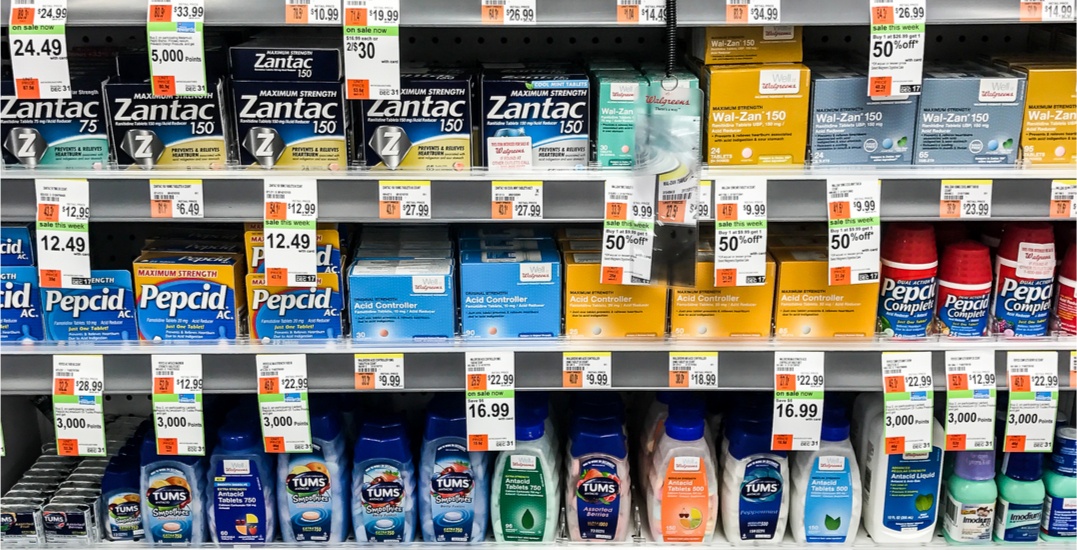 Health Canada has issued a recall for several types of several drugs that relieve heartburn.

Last week, Health Canada said it is assessing the issue of an impurity called N-nitrosodimethylamine (NDMA) detected in some ranitidine drugs.

“Current evidence suggests that NDMA may be present in ranitidine, regardless of the manufacturer. As a result, and at Health Canada’s request, companies marketing ranitidine products in Canada have stopped any further distribution until evidence is provided to demonstrate that they do not contain NDMA above acceptable levels,” states the recall.

At the time, Health Canada said that the request to stop distribution means that the existing stock of ranitidine products currently available in pharmacies or at retail stores may continue to be sold.

It also added that this is different from a recall, since products that are being recalled can no longer be sold.

“This is an interim, precautionary measure as Health Canada continues to gather information from companies and to assess the issue with other international regulators,” it stated.

And on Wednesday, four companies were added to the initial list of recalls and they include: Apotex Inc., Pro Doc Limitée, Sanis Health Inc., and Sivem Pharmaceuticals ULC.

Last week, one company, Sandoz Canada, recalled its oral prescription products in Canada and other countries after testing identified levels of NDMA above what is considered acceptable if the drug were to be taken over a lifetime. 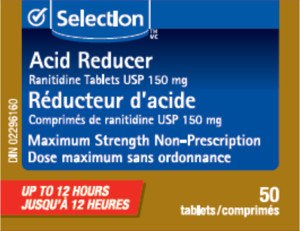 Ranitidine is available in Canada over-the-counter (for example, under the brand name Zantac and as generics) and by prescription (as generics).

Over-the-counter ranitidine is approved to prevent and relieve heartburn associated with acid indigestion and sour stomach. Prescription ranitidine drugs are used to reduce stomach acid for the treatment and prevention of various conditions, such as heartburn, ulcers of the stomach and intestines, and gastroesophageal reflux disease (commonly known as GERD). 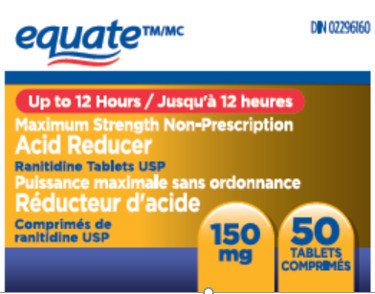 Health Canada said NDMA is classified as a probable human carcinogen, which means long-term exposure to levels above what is considered safe could increase the risk of cancer.

“We are all exposed to low levels of NDMA in some foods (such as meats, dairy products and vegetables) and in drinking water. NDMA is not expected to cause harm when ingested at very low levels,” it said.

Health Canada says it continues to gather and share information with other regulators, including the US Food and Drug Administration and the European Medicines Agency, and with Canadian companies to better understand the issue and whether there may be a risk to Canadians.

This includes conducting its own tests and assessing whether the results seen in laboratory tests present a human health risk. The agency will take action if a risk to Canadians is identified, and will continue to inform the public of new safety information.

The following is a list of ranitidine products being recalled in Canada at this time: 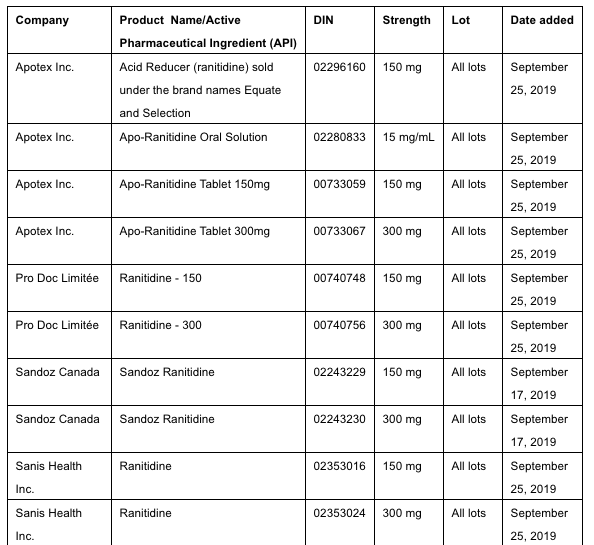 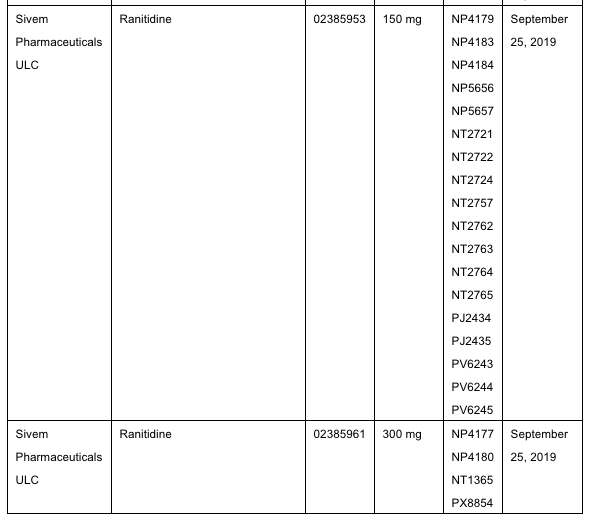