Vancouver emergency crews and the Hazmat team have been deployed to a hazmat situation on the 700 block of Dunsmuir Street near Granville Street.

A number of emergency vehicles are on the site. The Hazmat team is currently in the process of testing the unknown substance.

At this time, one lane of traffic is closed but pedestrians and other traffic are still flowing through the area.

First responders were unable to share the exact location of where the substance was found. 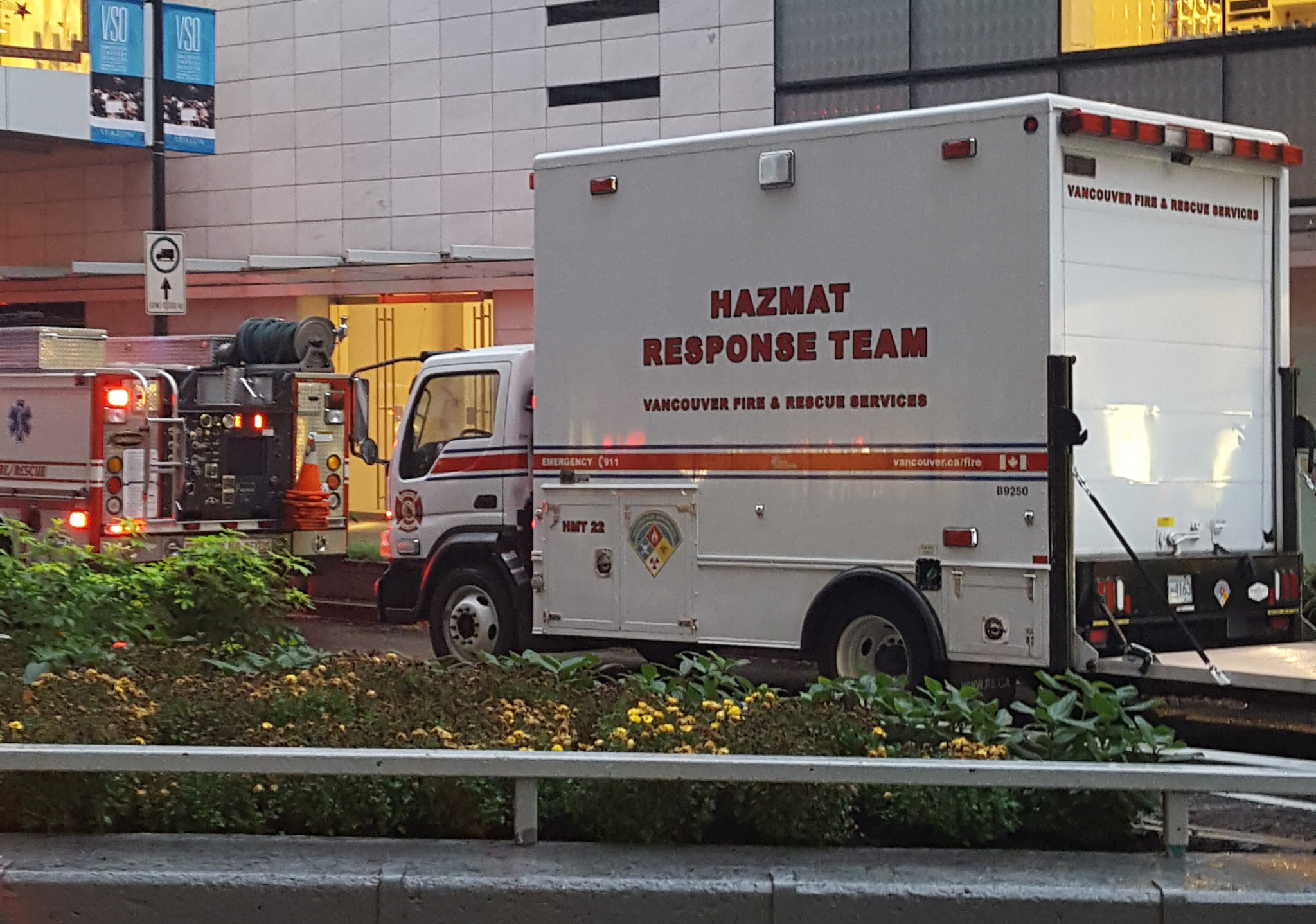