Hotel Europe is a six-storey flatiron building that stands at the corner of Water, Alexander and Powell Streets in Gastown. The building was completed in 1909 and is home to a couple of ghosts.

The ground floor was once a beer parlour but is now the card and gift shop Kimprints. Beneath the beer parlour was an underground saloon accessible by stairs from a sidewalk entrance. 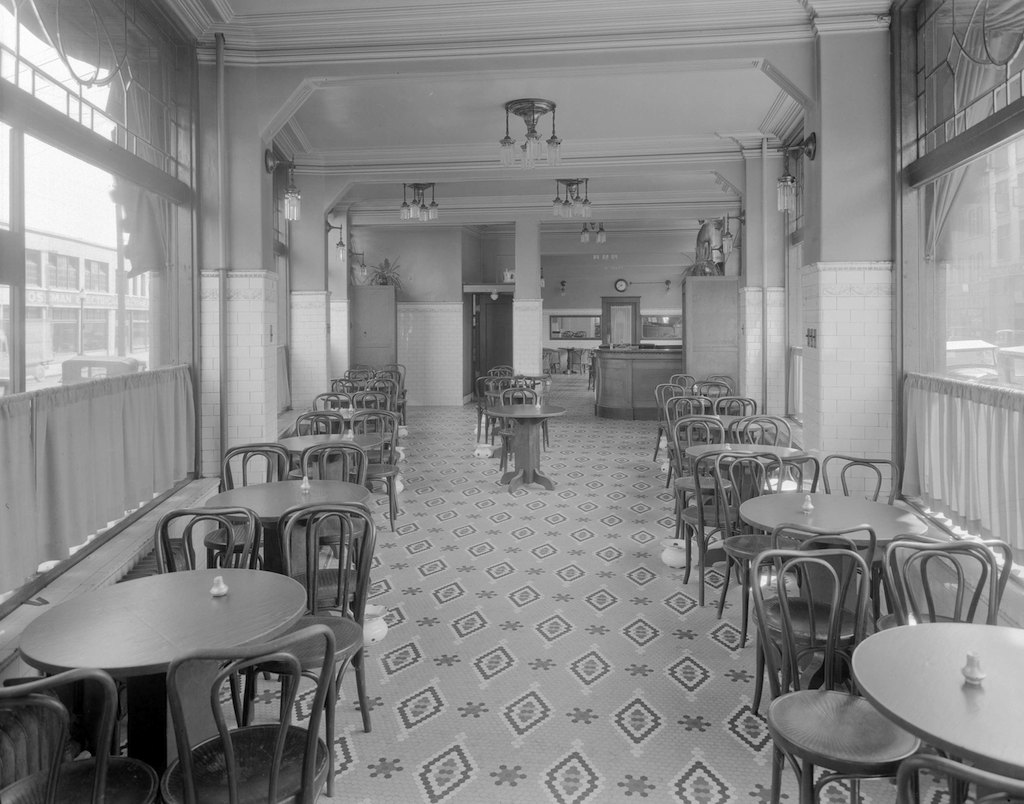 The underground area, including the saloon, extended beneath the sidewalk on both sides of the Hotel Europe, this extension is commonly known as “areaways,” a typical feature of  buildings in Gastown. Areaways were used to load/unload freight through trap doors in the sidewalk. The Hotel Europe’s areaways were filled in, bricked-up and the underground saloon is now a storage cellar.

As for the supernatural experiences at The Hotel Europe, the first reported encounter with the paranormal was in the 1980s by a contractor who was doing some repair work in the cellar, near the old areaway entrance.

While working on the repairs, he left briefly and when he returned, his tools were scattered on the floor. Perhaps they fell on their own or perhaps it was one of the spirits that haunts this fantastic building. If that wasn’t eerie enough, he also heard scratching noises coming from behind the brick wall. The contractor refused to come to back to finish up the job.

To this day, scratching noises have been reported by numerous people coming from the other side of the bricked-up areaway. It could be rodents, however, the areaways had been filled in a long time ago.

The second ghost is that of a man who occasionally appears in Kimprints. One evening, after closing time, a store clerk saw the ghost clearly reflected in the security mirror. When she went to check it out, nobody was there. The same employee also reported seeing the spirit of man again on another occasion.