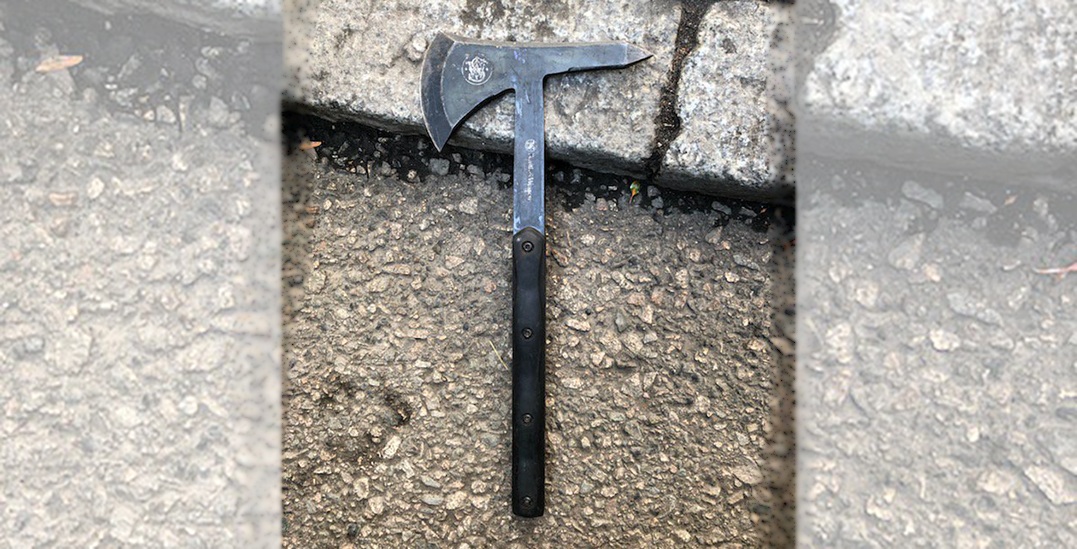 The VPD’s Deputy Chief recently shared a photo on Twitter of a hatchet that was allegedly seized from a person in Vancouver’s Downtown Eastside.

The photo was shared on Tuesday by Deputy Chief Howard Chow, who notes that police are seeing “a number of individuals with hatchets tucked into their waistband.”

Weapon seized off of a person in the #DTES. We’re seeing a number of individuals with hatchets tucked into their waistband. #notcamping #anotherdayonthejob #makingourstreetssafer #enoughalready #anotherweaponoffthestreet pic.twitter.com/j5NzrsOLJ5

Sergeant Aaron Roed, media relations officer for the VPD, says that police investigated the incident and that the weapon was seized for destruction.

He also says that these kinds of weapons are easily accessible and an ongoing problem for police officers.

“Officers have been dealing with weapons like this for a long time in the Downtown Eastside,” he tells Daily Hive. “Weapons like hatchets, knives, bear spray, and other tools can be easily purchased and used as weapons which makes them readily available to anyone.”

Sgt. Roed also notes that if any member of the public comes across a person with a weapon that can cause harm, they should immediately back away and call 9-1-1.