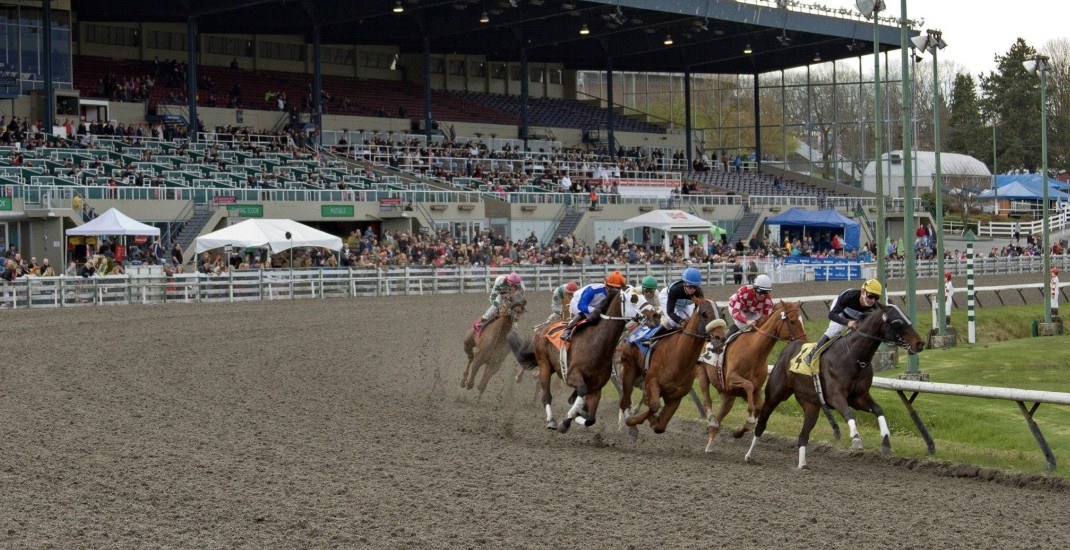 On Monday morning, a number of workers were pulled off Hastings Racecourse by the Canadian Border Services Agency (CBSA).

The agency says that it was part of an ongoing investigation related to the Immigration and Refugee Protection Act.

It’s unclear how many people were escorted off the racecourse, the nature of the investigation, and whether these individuals were arrested or not.

A member of the CBSA tells Daily Hive that action is taken when the Customs Act or Immigration and Refugee Protection act is believed to be violated.

“The CBSA conducts enforcement actions when it is believed that a contravention of the Customs Act or Immigration and Refugee Protection Act has occurred,” says Nancy Pham, Communications Officer for the CBSA. “As the investigation is ongoing, it would be inappropriate to provide any further details at this time.”

According to Darren MacDonald, General Manager at the Hastings Racecourse, the workers escorted off-site were employed by various horse owners, rather than the racecourse or the Great Canadian Gaming Corporation.

“These individuals were working in the backstretch under the employment and supervision of various horse owners and trainers,” says MacDonald.

Neither McDonald nor Hastings Racecourse have received any additional information since the initial incident on Monday morning.

“At this time, we have not been given any further information with regards to this incident.”