The Vancouver Board of Parks and Recreation will be meeting on May 25 to vote on whether or not to approve the $450,000 proposed art installation.

“Home and Away” is a public art piece that would be built in Hastings Park. The artwork is designed to evoke nostalgia to the ski jumping run that used to be housed in Hastings Park, and also to the dismantled bleachers of Vancouver’s old Empire Stadium.

The art piece will provide seating for a minimum of 150 people. Lead Pencil Studio, an architectural collaborative, began working on the design in 2012.

But the costly funding for the installation has raised some voices. Debate has been made on if this project is worth nearly half a million dollars. Funding for a portion of the $450,000 will be sourced from the Public Art Program, while the rest will be drawn from the 2015-2018 capital plan —a four-year financial plan for facility and infrastructure investment.

Controversial pricing on public art is nothing new to the City of Vancouver. In 2013, a sculpture of a poodle on a poll was mounted on Main Street, costing the federal government, Translink and the City a total of $97,600.

The interactive structure would be part of the City’s plan to revitalize Hastings Park, making it a more visitor friendly and a greener space. The Park Board has given its recommendation to approve of this item, and if passed the structure will be installed later this year or early 2016. 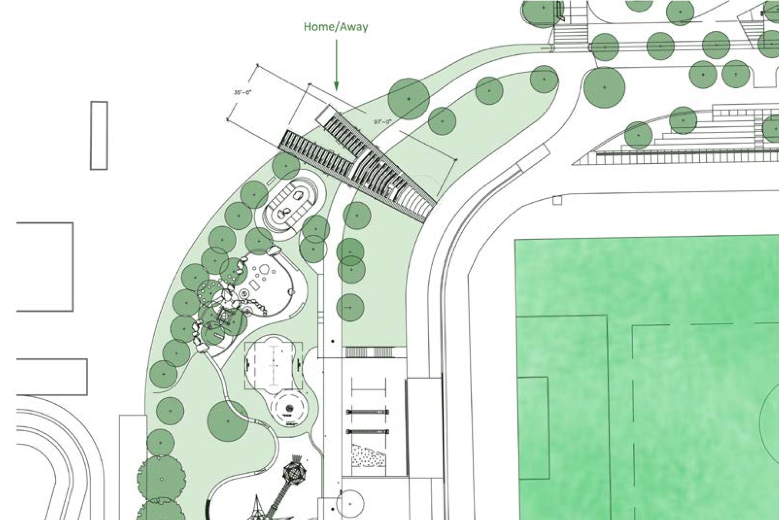