Menswear retailer Harry Rosen is half way through the overhaul of its Pacific Centre location in downtown Vancouver. The store’s interior will be updated and expanded, and two new luxury boutiques for Tom Ford and Kiton will be created to ensure a updated quality shopping experience for both Vancouverites and the influx of international tourists descending on the city. 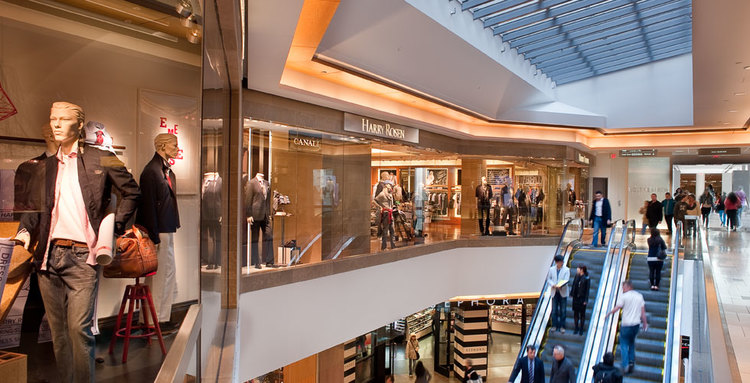 Tom Ford and Kiton are among the most expensive menswear brands in the world, with Kiton suits selling in the $8,000 to $10,000+ range. The Kiton shop will be a first for Harry Rosen, and popular high-end menswear brands like Canali, Giorgio Armani, Brunello Cucinelli and Hugo Boss will continue to be present.

When completed, the new Harry Rosen will face strong competition from Nordstrom when it opens in Pacific Centre this upcoming September. Nordstrom will feature some of the same upscale menswear designers as Harry Rosen, though Rosen is known for carrying a wider variety of product, as well as having enhanced customer service. Neighbouring Holt Renfrew will also expand its menswear offerings when it renovates its store within the same complex, with a completion date expected for late 2016.