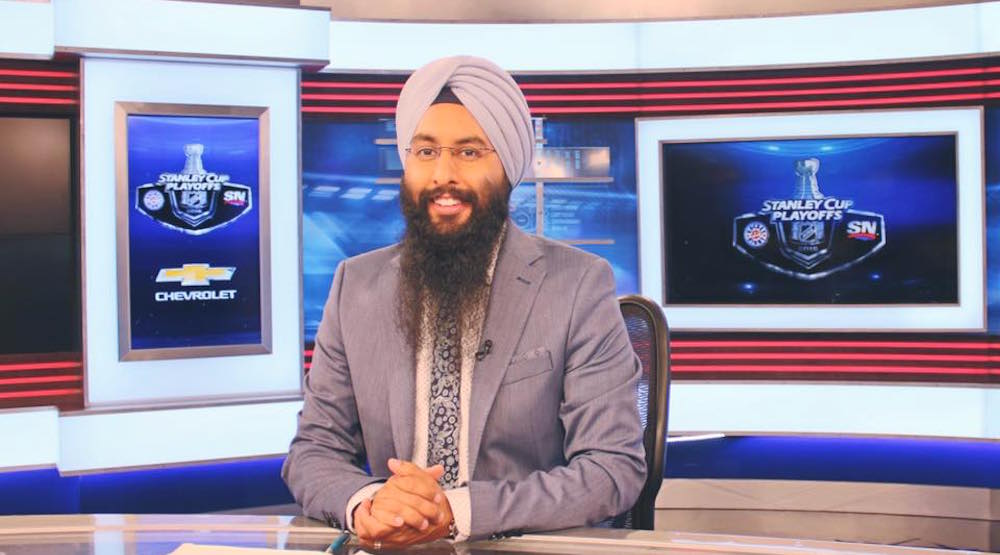 Tonight’s game between the Maple Leafs and Flames at the Scotiabank Saddledome in Calgary won’t be Harnarayan Singh’s first NHL television broadcast – far from it – but it will be his first in English.

Singh, who is the play-by-play broadcaster for Hockey Night Punjabi, will be the rinkside host in his hometown for tonight’s nationally broadcasted game on Sportsnet with Dave Randorf and Louie Debrusk (5:30 PT/8:30 ET).

For Singh, who has been part of the Hockey Night Punjabi team for the better part of a decade, he says it’s a long time coming.

“This is really exciting for me, I’m really grateful for the opportunity, and I hope I’m able to do justice for this great opportunity that I’ve been given,” Singh told Hockey Central at Noon.

The Hockey Night Punjabi team, which broadcast games from a studio in Vancouver, drew continent-wide attention for their goal calls that went viral during the 2016 NHL Playoffs. At the conclusion of the playoffs, they flew to Pittsburgh to take part in the Penguins’ Stanley Cup celebrations.

Their wave of popularity has extended into this season, as the broadcast team was recently featured on HBO’s Real Sports.