I was introduced to Rhumba, a sassy rat terrier mix, last month while writing a column article about the surplus of adoptable small dogs at the Surrey Animal Resource Centre (SARC). While each teeny dog was charming, there was something extra special about Rhumba, and it was baffling – to myself and shelter staff – that this sweet pup couldn’t find a home. She was housebroken, healthy and great with cats. Wary around men, her only requirement was to be in a ladies-only home. 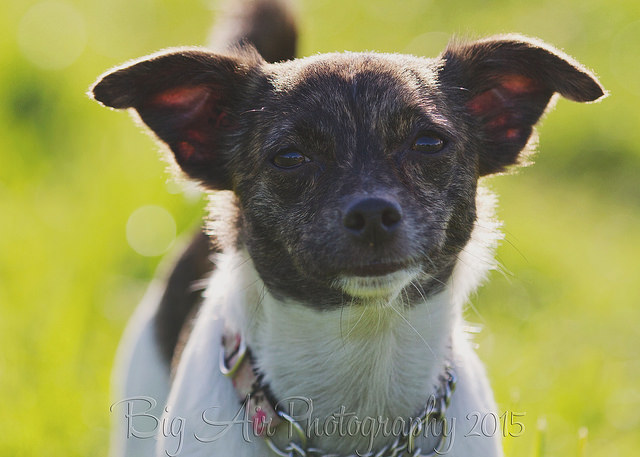 Rhumba when she was at SARC (Image: Big Air Photography)

I’m thrilled to report that after seeing our Vancity Buzz profile on Facebook, Maria Rodrigues and her partner Shawn headed out to Surrey and adopted this “very shy but sweet little dog.”

“It was love at first sight,” Rodriques told Vancity Buzz.

As for why Rhumba – now named Lucy Loo — was in shelter so long: “We hadn’t found each other yet!” she says.

Maria chatted with us about why this homeless sweetie is adjusting to life in East Van, and why everyone should take a chance on a shelter pup.

How did you know she would be right in your home?

Last September we lost our dog Coco and had been thinking about getting another dog. The Surrey ARC story included what Rhumba’s ideal home would look like, which in turn described our home to a tee. As we read her story, Shawn and I agreed that “this is our dog, we have to get her.” We do have another dog, Chance, who is very easygoing guy and they get along great (Chance also came from a shelter, RAPS! He too had a few issues, and now he is a calm handsome boy).

How did she settle in at your home?

She immediately took over all the dog toys and beds and claimed them as her own. It took a couple of days for her to let us get close to her and pick her up, but she’s fine now. We are still working through some things — although she is housebroken, we’re still adapting to her schedule and she also likes to chew things. She is super smart, and we are confident that we’ll get through these things in no time. 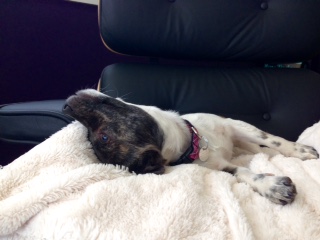 Rhumba making herself very at home in East Van.

Does she have any little preferences or quirks?

Her confidence and trust in us grows daily, and in just a few days she was like a different dog. Despite her fear of men, she let our son-in-law get near her and even gave him a couple of kisses! She loves being outside & loves to run. She also loves sunning herself like a cat!

What would you say to someone who says there aren’t any good dogs in shelters?

Give them a chance! This is our second rescue and we will always adopt from a shelter in future. There are so many great animals looking for homes, why wouldn’t you adopt from a shelter? They are already neutered/spayed, typically housebroken and grateful to get a home. It’s the right thing to do.

There are lots of great dogs like Rhumba waiting for their forever home. Click here to learn more. 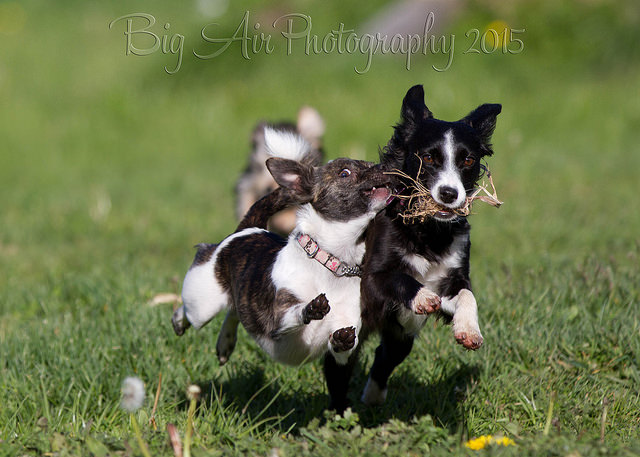