Fall is generally a fantastic time for film lovers. But when the calendar flips over to the tenth month, all award-baiting dramas and trips to the arthouse cinema need to get put on hold.

Nothing says ‘October’ like horror. Ghosts, ghouls, slashers, zombies – there’s something for everybody to love. So get ready to empty out your Netflix queue and make room for some left-of-centre treats from our Halloween horror movie guide that are sure to spook up your seasonal scary movie viewing.

Scariest pick for hipsters who only watch Netflix documentaries: The Nightmare 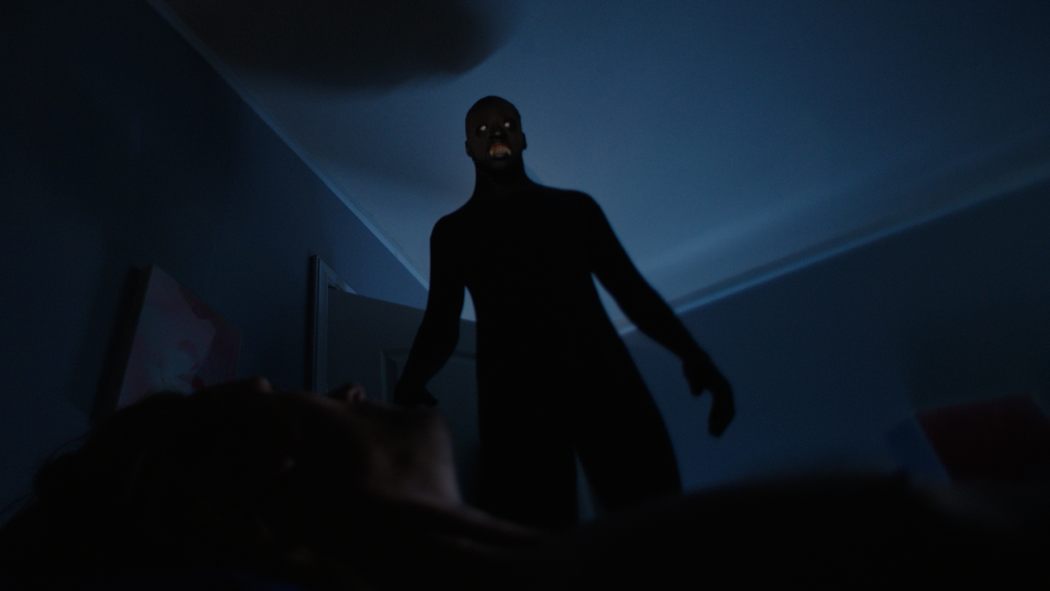 Official Synopsis: A documentary-horror film exploring the phenomenon of ‘Sleep Paralysis’ through the eyes of eight very different people. These people often find themselves trapped between the sleeping and waking worlds, totally unable to move but aware of their surroundings while being subject to frequently disturbing sights and sounds. A strange element to these visions is that despite the fact that they know nothing of one another, many see similar ghostly ‘shadow men.’ (Zipper Bros Films)

Why you should check it out: Nobody likes listening to someone else describe their dreams. It’s nearly impossible to recreate the effect your dreams for someone else. And yet, filmmaker Rodney Ascher decided to make a documentary that amounts to little more than an hour and a half of regular, seemingly unexceptional people recounting their nightmares. Through dramatic re-enactments of the stories told, Ascher manages to make someone else’s nightmares real enough to disturb your sleep. 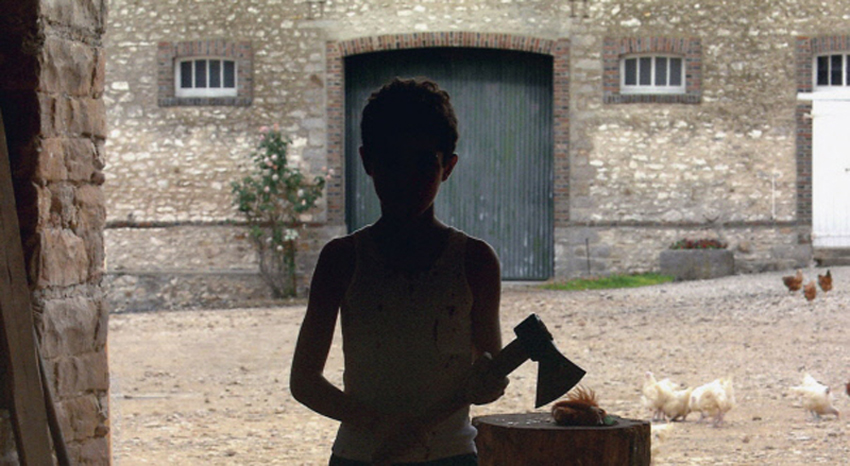 Official Synopsis: Paranoia grips a bourgeois European family when a series of menacing videotapes begin turning up on their doorstep in Piano Teacher director Michael Haneke’s dark drama. From the outside, Georges (Daniel Auteuil), Anne (Juliette Binoche), and son Pierrot (Lester Makedonsky) are the typical middle-class European family, but when a series of mysterious videotapes accompanied by morbid drawings reveal that someone has been monitoring their house, Georges begins to suspect that his past has come back to haunt him. (Sony Pictures Classics)

Why you should check it out: If you’ve seen any of writer/director Michael Haneke’s other films then you know he isn’t afraid of injecting his art with a moment or two of horrific imagery. Cache is arguably Haneke’s best work, and its terrifying moments creep up on you without warning. The story is told largely through lengthy, unbroken takes that become more menacing the longer you stare at them. One static shot in particular transforms into something shocking that just might legitimately haunt you. Another frightful image is so terrifying and macabre that it literally gave me nightmares. I don’t scare easily, but Cache will continue to invade my subconscious for the rest of my life.

Horrifying classic you should watch instead of a lame remake: The Wicker Man 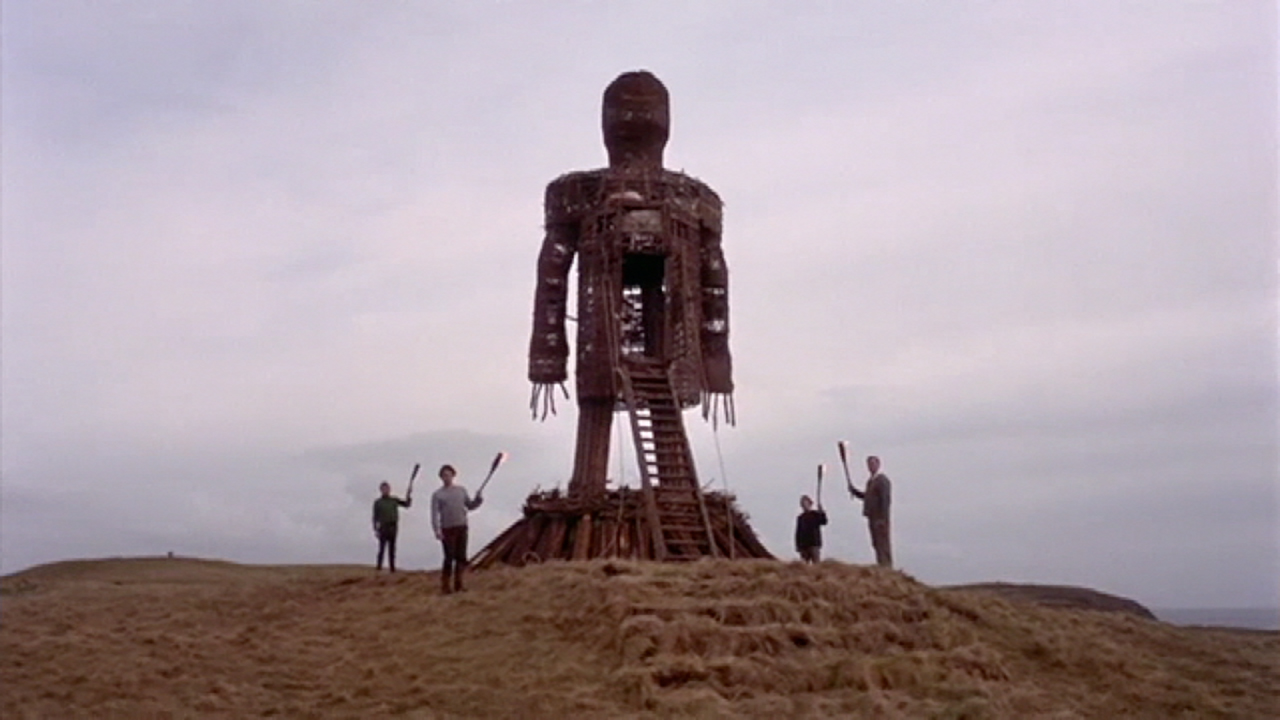 Official Synopsis: Sergeant Howie (Edward Woodward) arrives on the small Scottish island of Summerisle to investigate the report of a missing child. A conservative Christian, the policeman observes the residents’ frivolous sexual displays and strange pagan rituals, particularly the temptations of Willow (Britt Ekland), daughter of the island magistrate, Lord Summerisle (Christopher Lee). The more Sergeant Howie learns about the islanders’ strange practices, the closer he gets to tracking down the missing child. (British Lion Films)

Why you should check it out: The first hour and fifteen minutes of 1973’s The Wicker Man isn’t that scary, but it is completely disturbing. It’s weird and makes you feel kind of gross while watching it, but it’s not particularly frightful. When the film’s final 10 minutes hit however, the malevolence that’s only been hinted at throughout the rest of the movie bursts out with horrifying results. Good luck getting Edward Woodward’s screams out of your head. 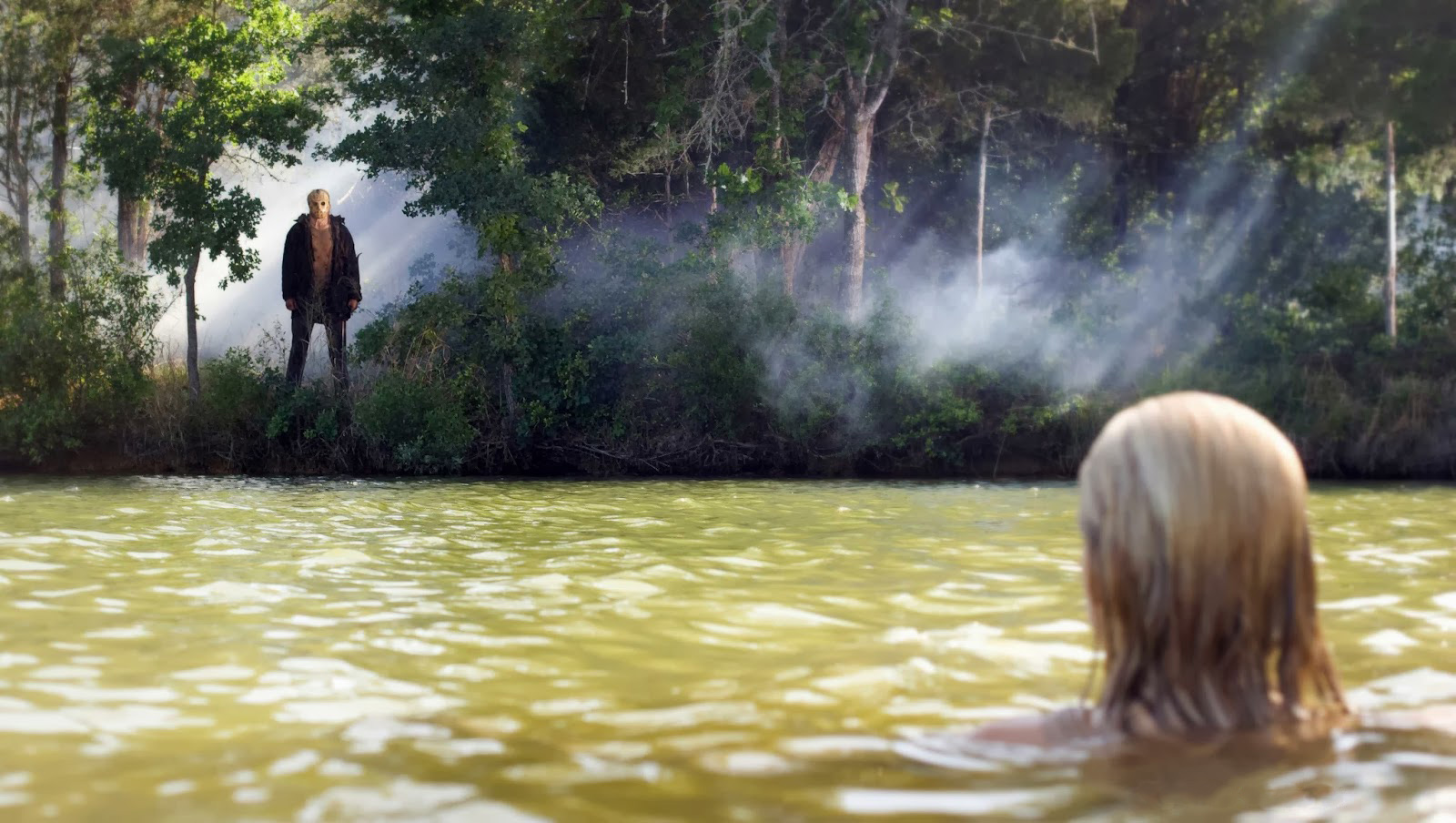 Official Synopsis: Against the advice of locals and police, Clay (Jared Padalecki) scours the eerie woods surrounding Crystal Lake for his missing sister. But the rotting cabins of an abandoned summer camp are not the only things he finds. Hockey-masked killer Jason Voorhees lies in wait for a chance to use his razor-sharp machete on Clay and the group of college students who have come to the forest to party. (Platinum Dunes)

Why you should check it out: Filmmakers have been remaking old titles in abundance just to capitalize on name recognition since the turn of the millennium. They think transplanting old villains into modern times will equate to inherent terror. As we all know, it rarely ever works out. I would not refer to the 2009 remake of slasher classic Friday the 13th as scary by any means, but it is a hell of a good time. Buckets of fake blood and glorious gratuitous nudity abound – what more could you want? It’s also a lot of fun, and it doesn’t take itself seriously for one second. In comparison, the remake of A Nightmare on Elm Street goes in the opposite direction and is a complete chore to sit through. This iteration of Jason brings the goods and shows Freddy how it’s done. 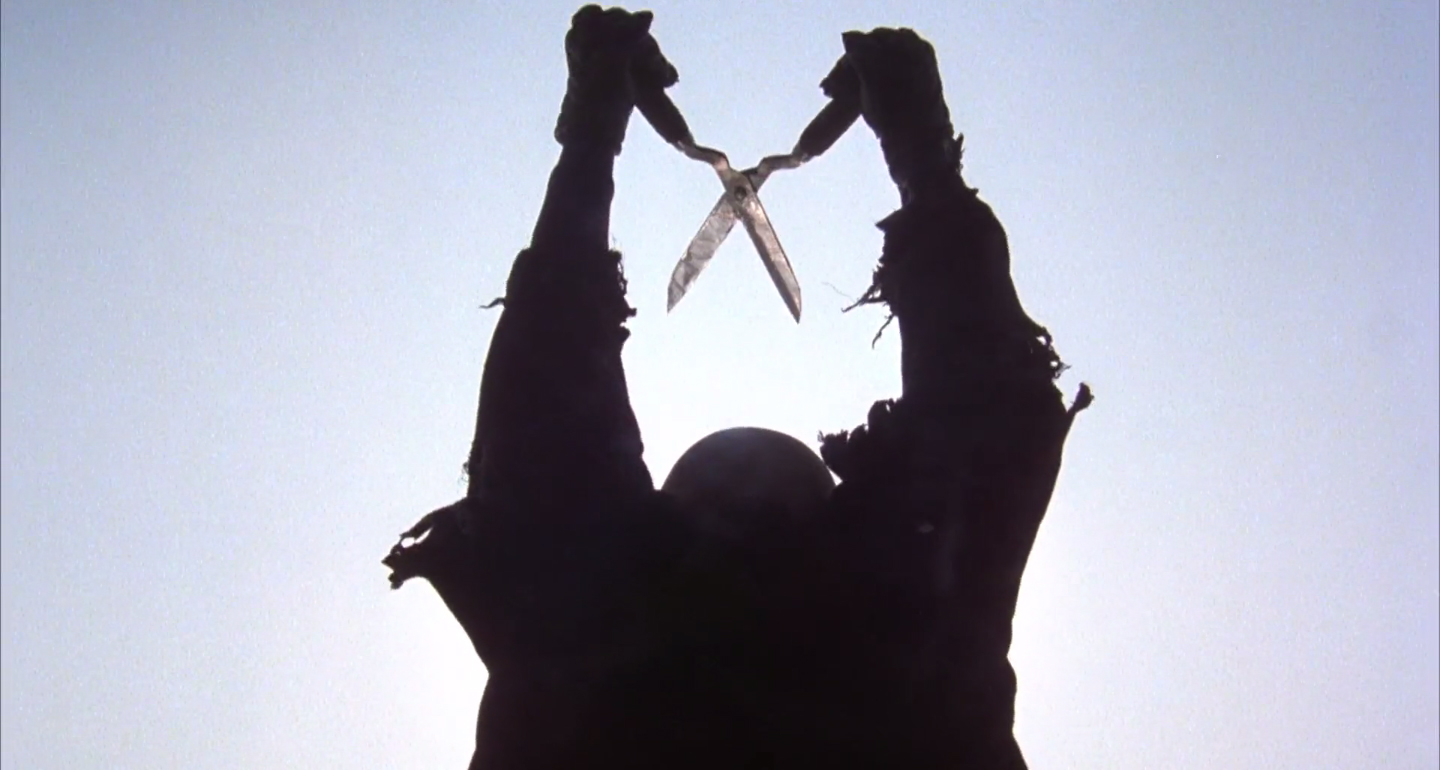 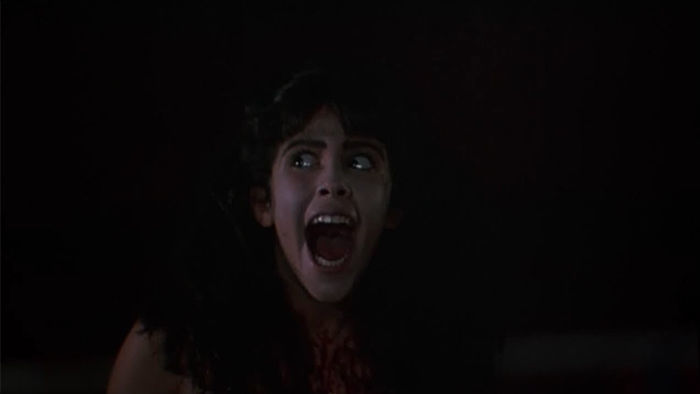 Official Synopsis of The Burning: At summer camp, some teenagers pull a prank on the camp’s caretaker, Cropsy (Lou David). But the joke goes terribly wrong, and the teens leave Cropsy for dead after setting him on fire. But no one keeps Cropsy down. A few years later, the burned and disfigured caretaker returns to camp equipped with his trusty shears, ready to unleash his particular brand of vengeance on a whole new group of teens. The murderous Cropsy stalks the campers in the woods, one by one. (Miramax Films)

Official Synopsis of Sleepaway Camp: Bunks and the showers are a mad stabber’s beat at a summer camp strictly for teens. When the evening of the camp social arrives, it proves to be the bloodiest night of all, and a terrible secret is revealed in a bizarre confrontation on the beach. (American Eagle Films)

Why you should check them out: These two movies epitomize everything that makes ‘80s slasher flicks so enjoyable. They both feature teens screwing around and getting themselves killed for no reason other than they’re young, sexy, and signed up for the wrong summer camp. The Burning even features a young Jason Alexander as the comedic relief, so if you’ve ever dreamed of seeing George Costanza go to camp, The Burning is the film for you. Some may call these movies cheesy, but horror fanatics would say they’re the stuff nightmares are made of. 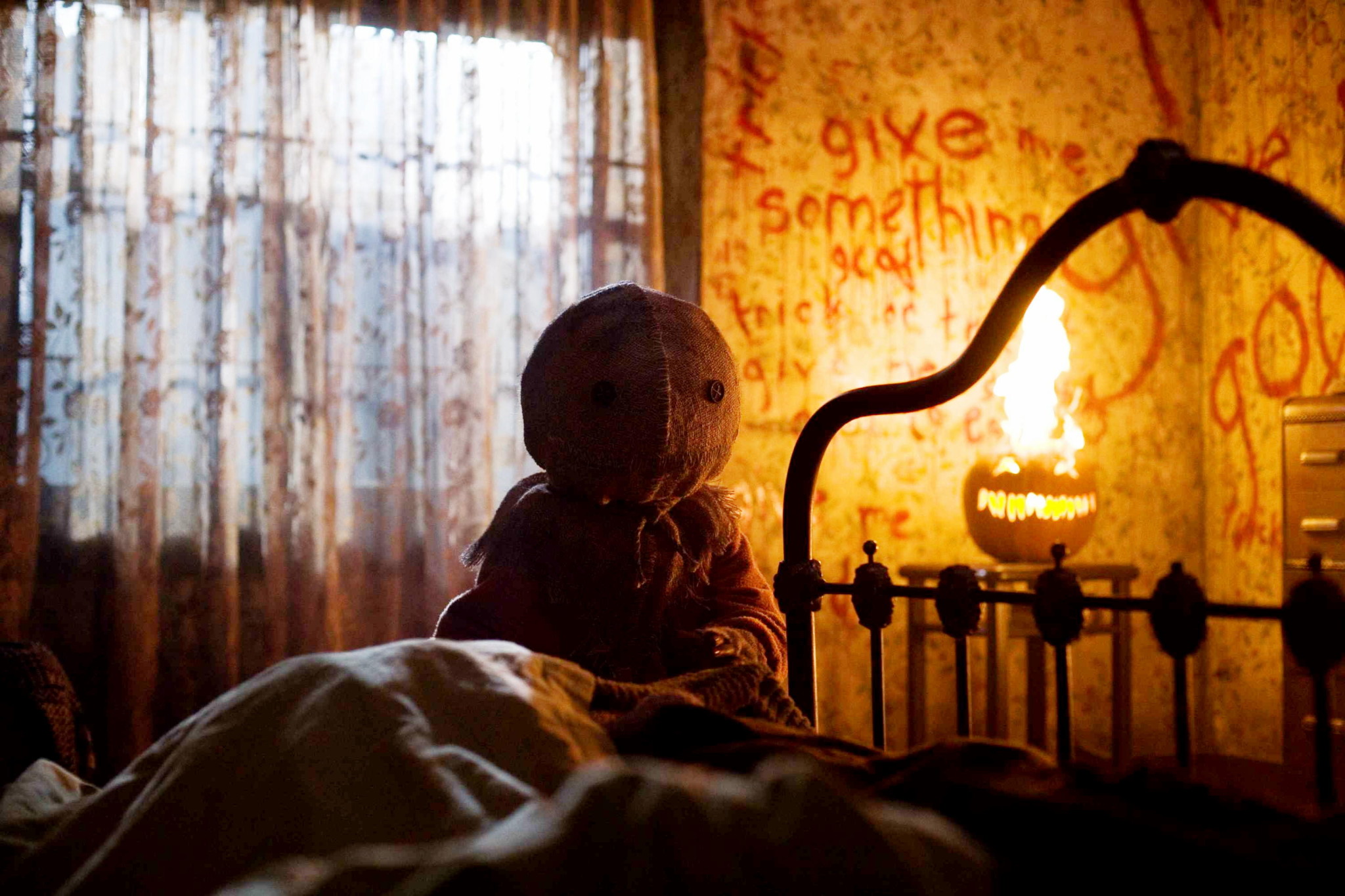 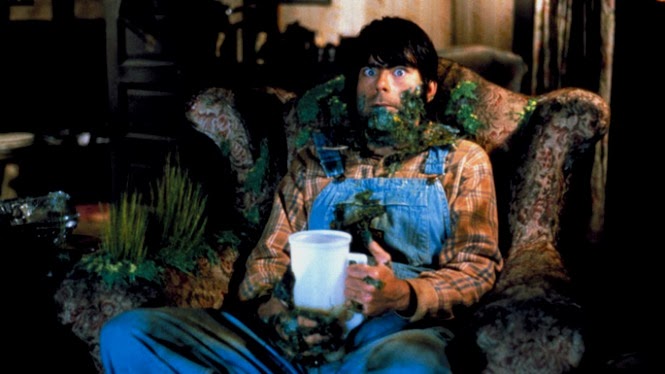 Official Synopsis of Trick ‘r Treat: Interwoven stories demonstrate that some traditions are best not forgotten as the residents (Anna Paquin, Brian Cox, Dylan Baker) of a small town face real ghosts and goblins on Halloween. Tales of terror reveal the consequences of extinguishing a Jack-o-Lantern before midnight and a grumpy hermit’s encounter with a sinister trick-or-treater. (Warner Bros. Pictures)

Official Synopsis of Creepshow: Based on the short-story work by Stephen King, Creepshow includes five tales of horror inspired by the series of E.C. comic books in the ’50s. The film was followed by a sequel, also inspired by stories from Stephen King. (Warner Bros. Pictures)

Why you should check them out: Anthology horror collections are great because they give you a wide sampling of different flavors without overstaying their welcome. Some are disgusting, some are funny, and many are actually scary. Creepshow comes from the mind of Stephen King; the author even shows up to star in one segment and his attempt at acting is possibly the scariest thing in the whole film. Trick ‘r Treat is a relatively recent stab at popularizing anthology horror movies that’s got enough recognizable faces to shake a bloody machete at. The tales in Trick ‘r Treat all eventually connect together in some surprising ways. The movie manages to be clever and creepy all at once, which is a feat considering some audiences feel they’ve “seen it all” when it comes to the horror genre.

Did we miss some of your frightful favourites? Hit us up in the comments with your scary movie picks.