Outdoor movies just aren’t a summer thing, this Halloween season, load the car up with friends and family and come enjoy a spooky Halloween movie under the stars in a fun drive-in setting.

The ghouls who brought you the Evo Summer Cinema series in Stanley Park are back, and this time they want to freak you out.

For two nights at the end of October (starting Saturday, October 24), Fresh Air Cinema brings the scream, shriek and shiver at the return of Canada’s only Halloween Drive-In movie series at Wesgroup’s River District in South Vancouver.

Screening this year are frightful family film favourites Hocus Pocus and Tim Burton’s The Nightmare Before Christmas.  If you’re looking for something more grown up, the classics John Carpenter’s The Thing and The Lost Boys will also be screened.

For $20, you’ll get you a carload parking pass, giving you preferred parking at the Halloween Drive-In for one screening of your choice on either Saturday, October 24 or Friday, October 30 for one car/truck/van/SUV, and entry for you and up to seven other guests inside your vehicle.

Carload passes and more information can be found at www.HalloweenDriveIn.ca. 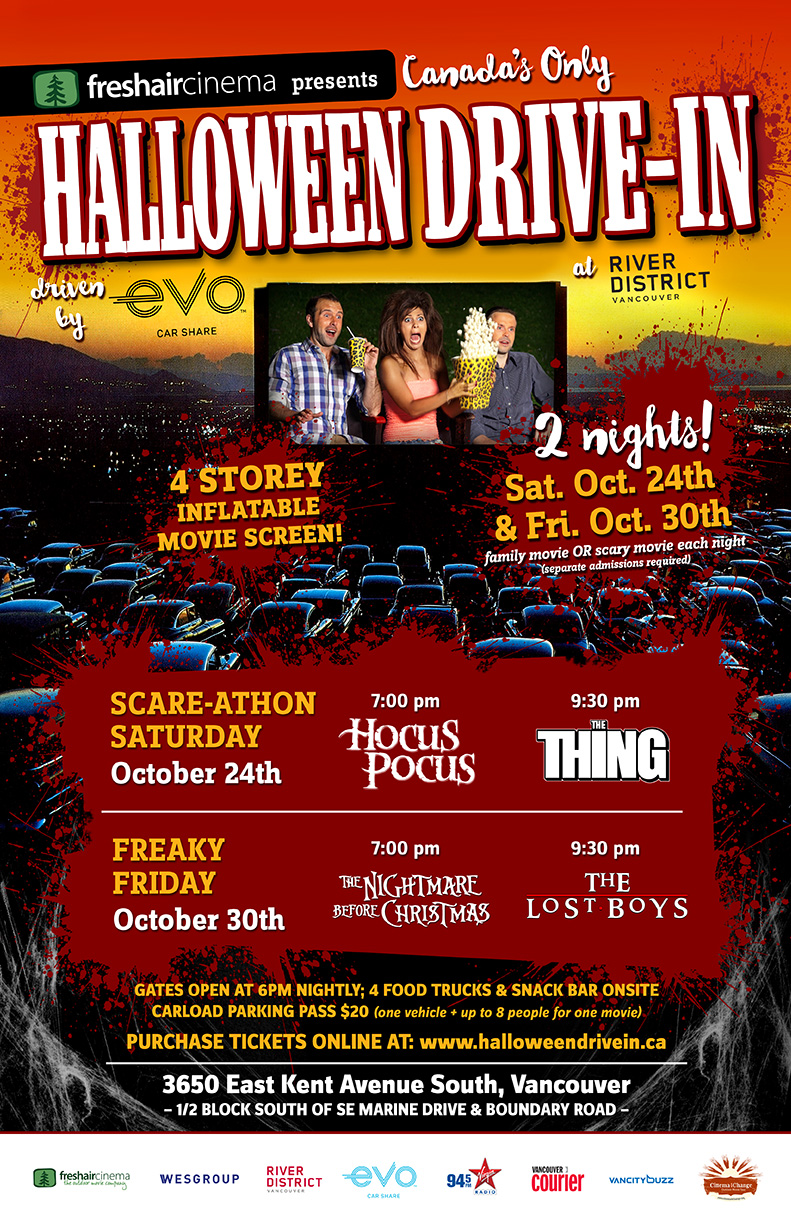 Vancity Buzz is a proud sponsor of the Halloween Drive-In