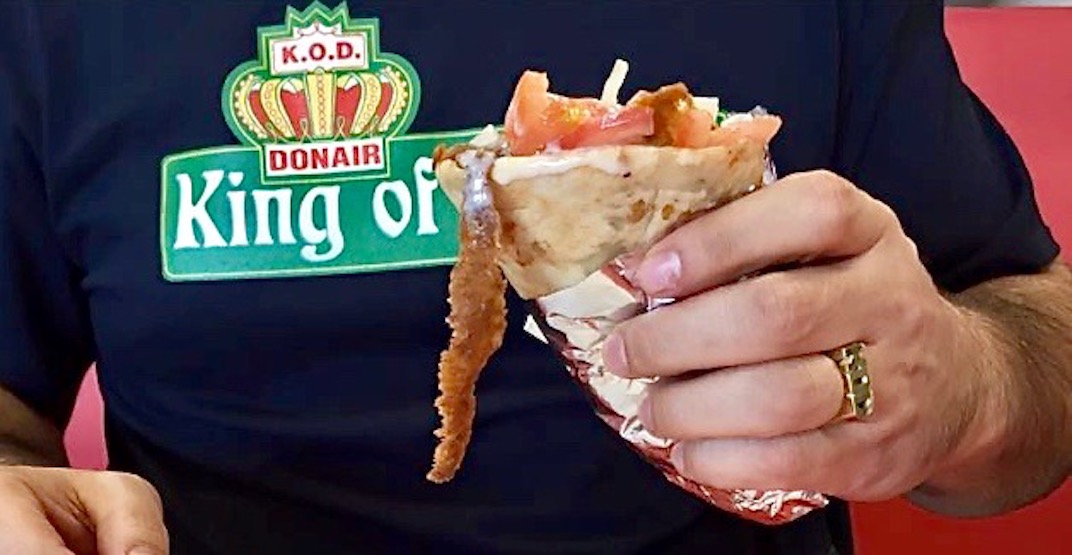 Holy Halifax, Western Canada is in for some seriously good grub.

One of the Maritime’s most beloved local purveyors of donair (the Nova Scotian version of a doner kebab) has announced they’ll be breaking into the Western Canadian market, and soon.

Known for their quality cheap and filling donairs, KOD was the first establishment to introduce the dish to Canada in 1973, so they are the real deal.

While Halifax’s King of Donair is an incredibly popular spot for lunch and dinner, it’s especially busy during late-night after bar hours – no surprise considering it’s the official food of Haligonians.

The legendary mini-chain currently has four locations in Nova Scotia and there are about to be two more opening in Alberta in Edmonton and Grand Prairie.

King of Donair confirmed to Daily Hive that their team was currently looking for Vancouver, Kelowna, and Victoria locations. They plan to have at least one BC restaurant open by the end of 2018.