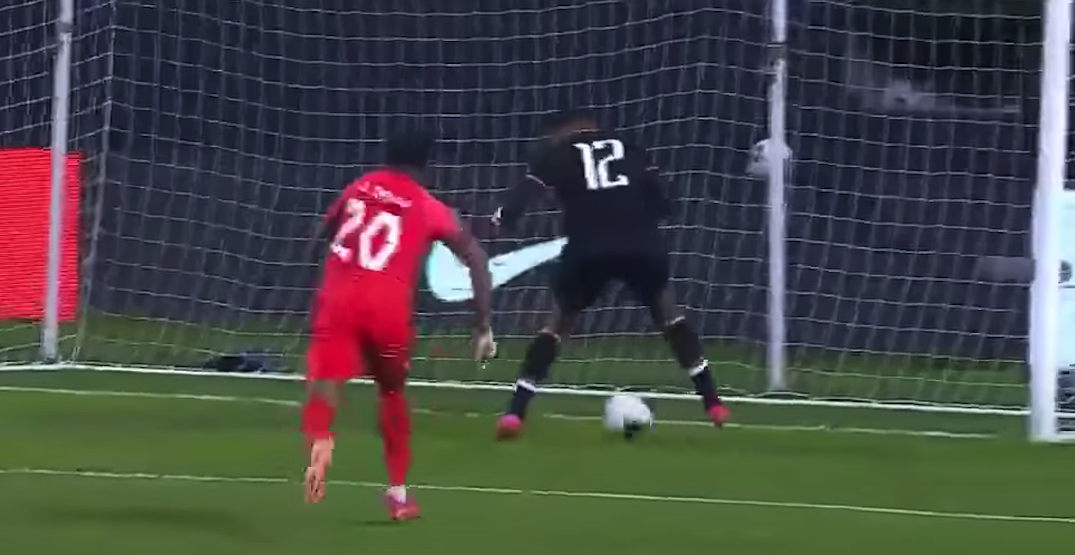 Josue Duverger’s name is making headlines for all the wrong reasons.

The 21-year-old Haitian goalkeeper was making just his third appearance for his national team in a tough World Cup 2022 qualifying match on Wednesday against Canada when a routine backpass turned into what will undoubtedly be the worst mistake of his career.

If you watch the video closely, you can break down each separate gaffe: he misses the ball on the first go as it goes through his legs, then he gets set up to kick it away, but then the ball bounces off his planted left foot and out of his intended kicking path. Mark that down as  Duverger, 46′, (OG).

The own goal gave Canada a 1-0 lead in the game, and a 2-0 lead on aggregate, giving them a stronghold on the possibility to advance through to the final eight in CONCACAF World Cup qualifying.

Most were sympathetic to Duverger, who plays club soccer for Portuguese side Vitória Setúbal:

Also, don't take anything away from Josue Duverger.

Playing in the 4th division of Portugal, thrown into action for Haiti's biggest game in years, he's stood on his head tonight

Dear Mr & Mrs Duverger….as the father of 2 goalies, I feel your pain etc etc….actually, pretty certain none of my two have done that 😳 https://t.co/gx7c37aMHQ

Exact same expression that Sammy Ndjock had after his own goal in 2016. That was a friendly — can’t imagine how it feels for Duverger in these stakes. Hope he’s okay. https://t.co/QXcJXSeQ2E

Goals from Canada’s Cyle Larin and Junior Hoillett later in the second half turned the game into a 3-0 final and confirmed Canada’s place in the next stage of qualifiers. It’s hard to tell if that should make Duverger feel better or worse about his gaffe.

Interestingly, Duverger was actually born in Montreal. Maybe he’ll be rooting for Canada from here on out.