A blend of Indigenous art with Japanese manga dynamism isn’t something you see everyday — but there’s a high change you already have.

The newest art piece was unveiled on June 14 at McArthurGlen Outlet Mall at the Vancouver International Airport.

The 12-metre-long public art piece is named “SEI” after the sea whale, and took a total of 18 months to complete. The highly polished stainless steel statue is made with a copper leaf underbelly and a silver-arched back.

“Public art is where the voice of a single artist is exchanged for the chorus of many. SEI was designed to be accessible, interactive and engaging for vast numbers of people over great spans of time,” said Yahgulanaas. “SEI is now beginning a journey that depends on those observers to find meaning and direction.”

The piece is described to be connected to its surroundings: the sky, buildings and crowds of people.

SEI is not the only art piece at YVR influenced by Haida Gwaii. The all-famous Jade Canoe sculpture that sits inside — and is also featured on $20 bills — represents Haida Gwaii heritage as well. 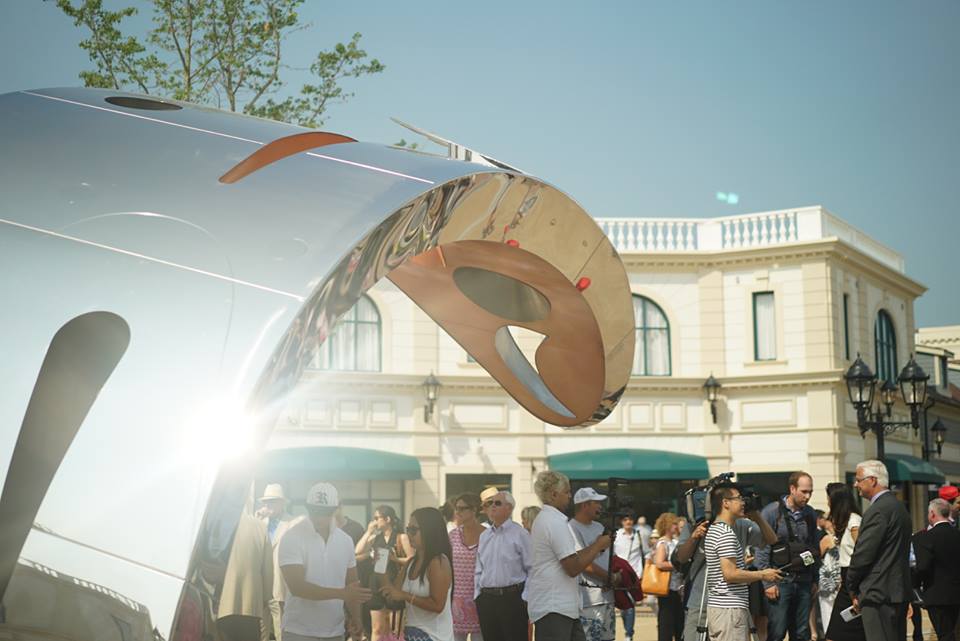