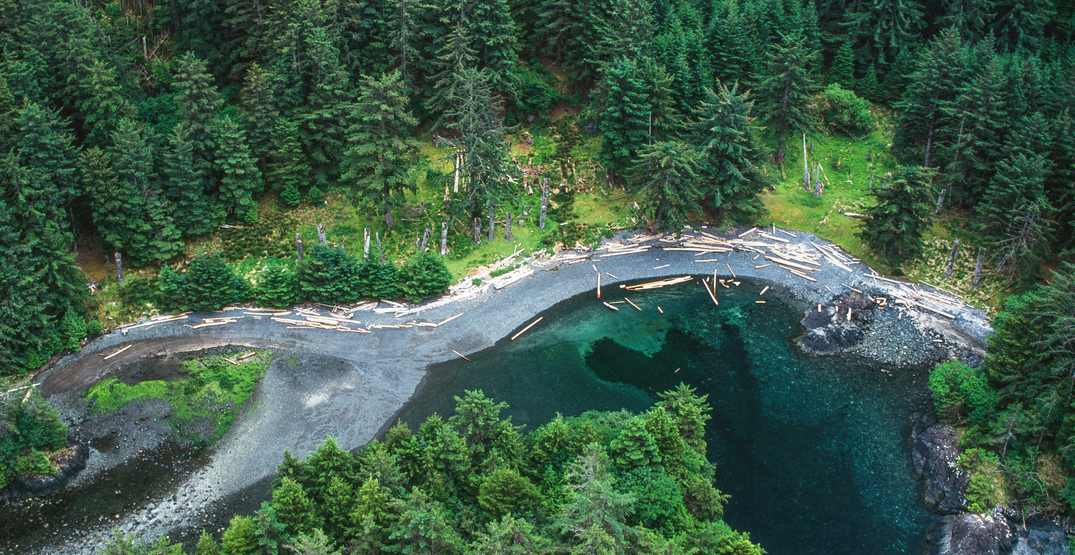 Visitors and non-residents looking to travel to Haida Gwaii will be turned away for the duration of the COVID-19 pandemic.

In a statement issued earlier this week, the remote community located off the northwest coast of BC said it is “no longer serving visitors and people who are not full-time residents of Haida Gwaii.”

“This restriction will be in effect [until] the Global Pandemic of COVID-19, including the expected second wave, is over.”

The community adds that “visitors will be asked to return immediately to the ferry and wait for the next one.”

The archipelago, consisting of two main islands, says visitors are not welcome during this time because its health services are extremely limited.

The Council of the Haida Gwaii Nation has also posted a notice on its website announcing that village council checkpoints have been put into place at various locations in communities. 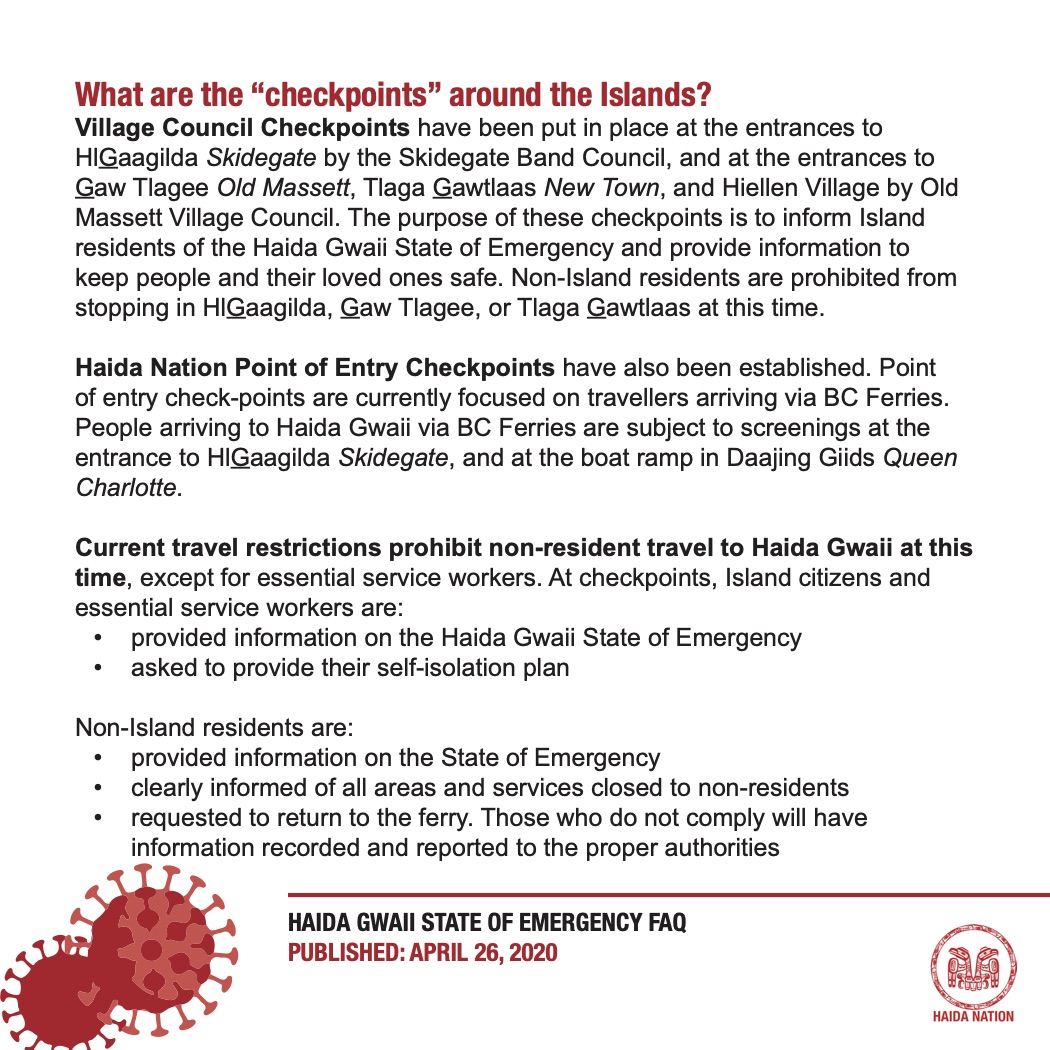 “The purpose of these checkpoints is to provide information to residents of the Haida Gwaii state of emergency and to keep people and their loved ones safe,” reads the notice.

In a statement, Jason Alsop, President of the Haida Nation, said “communities are very concerned with non-resident travel” as the “threat has increased with the province declaring hunting and fishing as essential services.”

“We are continuing to work together to do everything we can to protect citizens and Island residents.”

BC Ferries says that it was made aware of a checkpoint turning away visitors to Haida Gwaii on Monday when the Northern Expedition arrived from Prince Rupert.

Deborah Marshall, BC Ferries spokesperson, told Daily Hive that there were 32 people on board the vessel and to their knowledge the checkpoint was “peaceful.”

“The checkpoint was conducted off our property,” she said.

Marshall adds that BC Ferries posted signage at its Prince Rupert terminal and has made announcements on board advising passengers that Haida Gwaii communities are currently not welcoming visitors.

BC Ferries does not have jurisdiction to restrict travel as these orders would come from the provincial government. Over the past two months, the ferry corporation has cut numerous sailings and is currently operating under new Transport Canada regulations, which includes a reduced capacity on vessels and increased health and safety protocols to lower the risk of COVID-19’s spread onboard vessels.

In a press conference Monday, provincial health officer Dr. Bonnie Henry said the Council of the Haida Nation has the power to turn away visitors.

“This is part, of course, of our relationship with First Nations communities and their self-government and self-determination and they do have the ability and the authorities to make those decisions for their communities,” noted Henry.