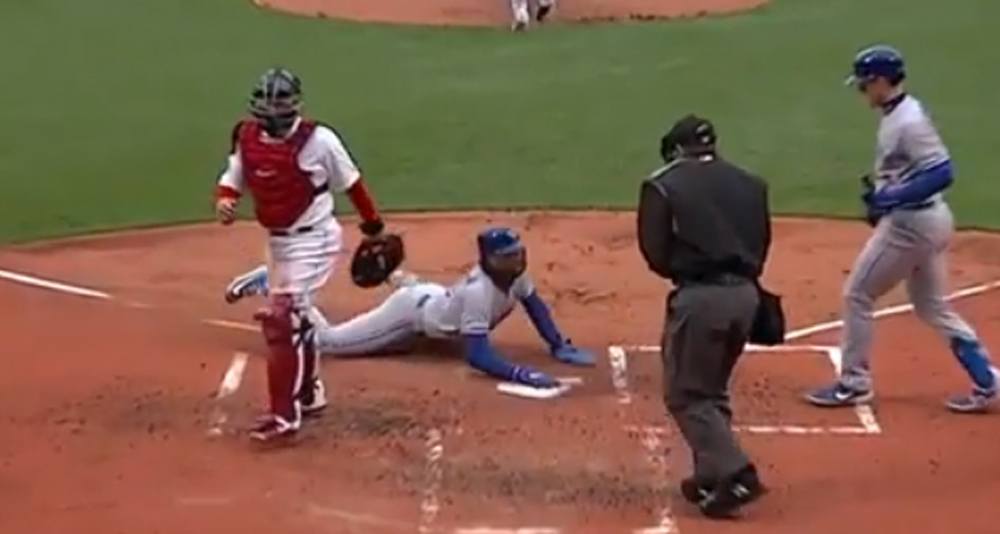 Gurriel’s daring play against the Boston Red Sox cashed in a run for the Blue Jays in the most dramatic way possible.

MY LOURDES, THAT MAN CAN RUN! #PiñaPower🍍

By the time Chris Sale started throwing towards home plate, he had no chance. Gurriel charged like a bolt of lightning down the third base line and scored easily on the play.

Gurriel can add his name to the mantle of Blue Jays players who have pulled off a straight steal in club history. Only Raul Mondesi, Aaron Hill, and Kevin Pillar can say they’re a part of this ultra-exclusive club.

Last year, Pillar pulled off an even more impressive feat; he went around the horn stole second base, third base, and home all in the same inning. According to Baseball Almanac, that’s happened only 52 times in baseball history.

And for those looking for a throwback, here’s Hill’s steal of home against the Yankees from 2007.

Given the game situation — a tied game in the seventh inning — this is arguably the most exciting straight steal in Blue Jays history. This gutsy play proves that there’s nothing more thrilling than watching a baserunner barrel towards the plate.

Just for fun, here’s a look back at video of the first straight steal in Blue Jays history. It’s Mondesi stealing home plate against the Yankees back in 2001.