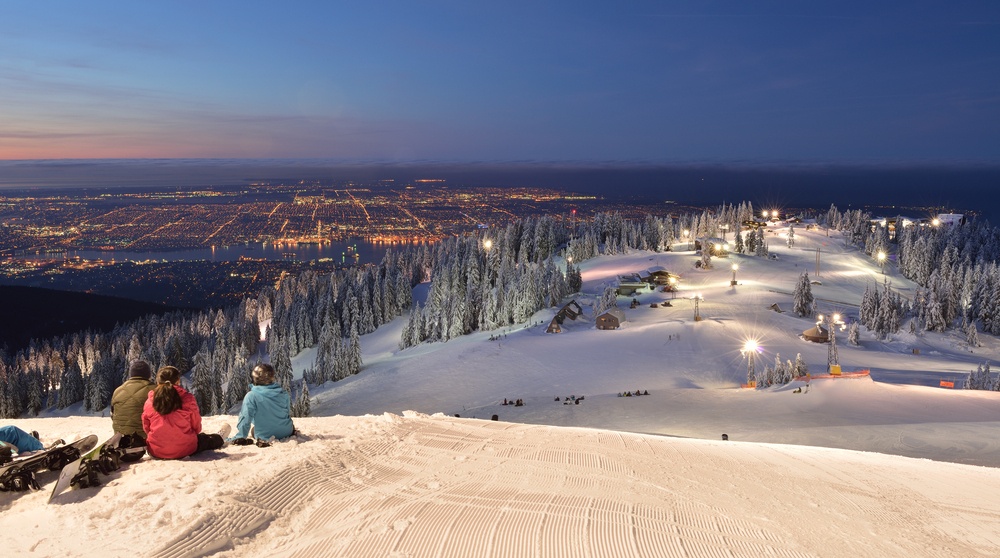 Grouse Mountain, the most renowned ski hill on the North Shore mountains in Metro Vancouver, is up for sale.

In a release, commercial real estate company CBRE has been retained as the advisor to market the property and carry out the sale.

The deal would cover 1,200 acres of private terrain, including 212 acres of skiable terrain on 26 runs. A total of 14 runs also have the lighting infrastructure to operate during the nighttime hours. Four ski lifts and one tow-rope service skiers and snowboarders.

Both visitor and service access to the mountain is only by the SkyRide aerial tram, which terminates next to the lodge at the ski hill’s lower base.

Grouse’s skiing tradition began in the 1920s when the first mountaintop lodge was built, and it was not until the 1970s that Canada’s McLaughlin family, the present-day owners of the ski hill, acquired the site and made significant capital investments on expanding and improving the facilities.

Over $55 million has been spent on Grouse’s facilities since 1989 to turn it into an all-season attraction. Some of its success is also spurred by the increasing popularity of the Grouse Grind trail, which is operated and maintained by the Metro Vancouver Regional District.

Since 2001, Grouse has also been the site of a wildlife refuge for two male orphan Grizzly bears, Grinder and Coola.

The McLaughlin family’s roots are in real estate in Mississauga, Ontario, and they also owned 5,400 acres of Burns Bog in Delta before the lands were sold and deemed a protected natural area after there was a public outcry to develop the lands into a major theme park and film studio.

This is the latest major resort sale in BC after Colorado-based Vail Resorts purchased 100% of Whistler Blackcomb for $1.4 billion.