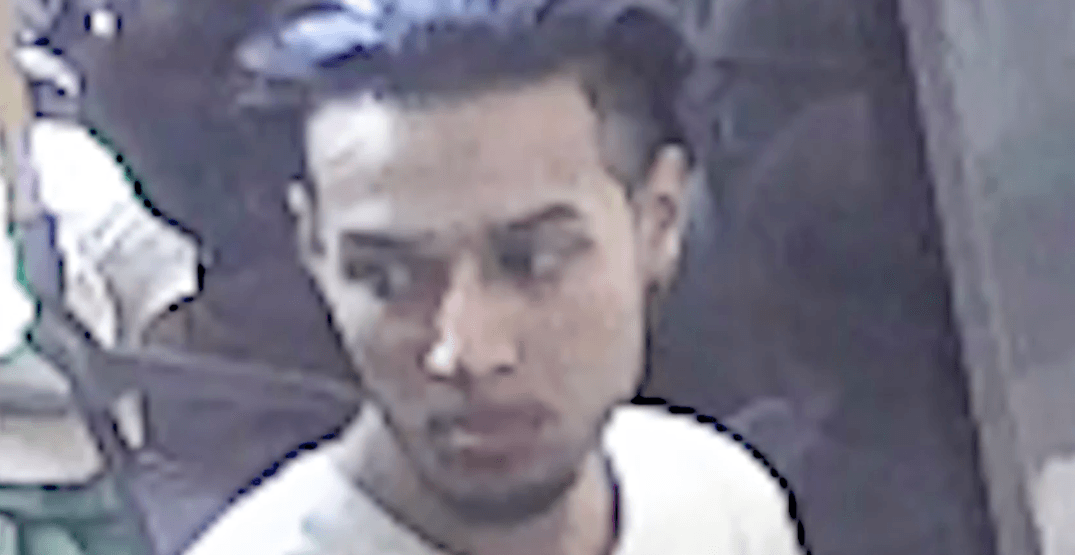 Transit police are asking for the public’s help in identifying a person who allegedly groped a woman while onboard the SkyTrain, recently.

On Thursday, Sgt. Clint Hampton said the incident took place on July 25, around 11 am, between 29th Avenue Station and Edmonds station.

“The suspect boarded the SkyTrain and sat beside the victim, pressing his legs against hers,” said Hampton. “She shifted over to make room for the suspect.”

At that point, Hampton said, “the suspect put his hand on her thigh, and left it there for several seconds.”

The suspect then stood up and got off the SkyTrain at the next stop, leaving the scene “without ever saying a word to the victim.”

Hampton said the suspect is described as a “South Asian – possibly mixed-race – man in his early to mid-20s, 5’7″ to 5’9″ tall, approximately 160 pounds with black hair and a goatee, who was also wearing a silver bracelet on each arm.”

Hampton said the incident is “particularly concerning,” because prior to the incident, “the man was seen riding SkyTrains for approximately an hour-and-a-half.”

And because of the suspect’s “predatory actions prior to the incident, there may be other victims,” he added.

Now, police are asking anyone who may know the individual, or who may have been victimized themselves as well, to contact Transit Police at 604-516-7419, or text 87777 with information.