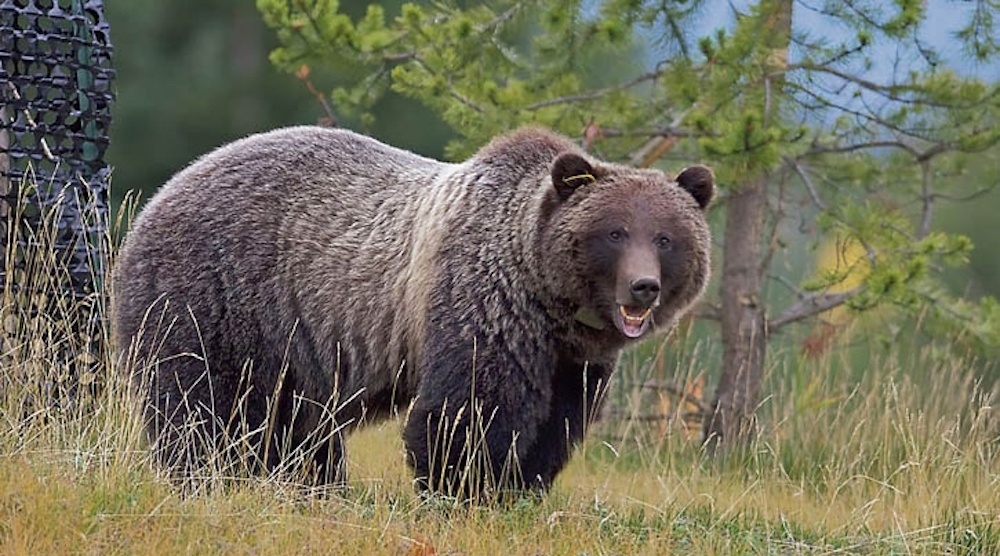 You know that dream you have, where you’re running through the mountains while a giant grizzly chases you but then you’re relieved as you wake up and figure out it was just a dream…

So take that, minus the waking up part, add a heroic dog and you’ll understand what some hikers in Alberta went through over the weekend.

Kenzie Campbell took a video showing Bear #148 after him and his friends were picked up by Parks Canada and taken to safety.

On his Facebook Page, Campbell briefly goes over the incident saying the group was on their way to hike ‘Cascade Amphitheatre’ in Banff when they saw the large grizzly bear 20 feet away.

Campbell says their dog Momo was the real hero as he helped draw the bear away so they could get away.

Moral of his story: Bring bear spray or don’t hike.