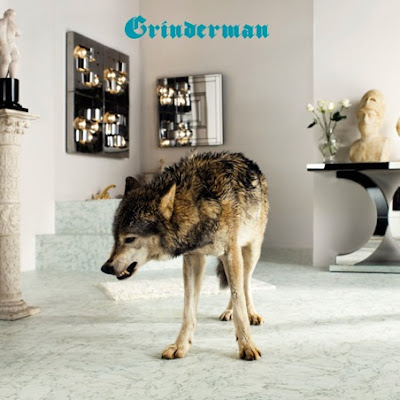 If I had to dub one rock star today as “The Dude” it would most definitely be Nick Cave, not because he resembles or acts like the Big Lebowski but he just drips with cool and doesn’t seem to care about what anyone else thinks. One listen through his latest venture “Grinderman 2” will make anyone see how Nick Cave is indeed “The Dude” of Rock & Roll though he’s normally the lead singer of “Nick Cave and The Bad Seeds” he throws on the guitar and lets his hair (the little he has) down with his “Grinderman” side project.
The first Grinderman album featured sex driven, alcohol fuelled songs like “No Pussy Blues” and “Get It On” receiving great reviews across the rock world for being a raw, garage rock, drink some whiskey and smoke some cigarettes style music. The latest Grinderman album just simply titled “Grinderman 2” has the same sex innuendos thrown throughout and doesn’t sound much different from the first album but the major difference here is the more polished and clean sounding final product Nick Cave has come out with. You still have the bare bones rock and roll and will end up smelling worse than Kid Rock and Scott Stapp after listening through, but this album unlike the first uses a condom & it comes out sounding very very good.
The first kick in the balls is on the first track “Mickey Mouse and the Goodbye Man” you get that rush of rock and Nick Caves grinded vocals over top the lyrics which read like Nick Cave and his “Big Bad Wolf” brother just committed a murder and now have no idea what to do. From there the rest of “Grinderman 2” flows like a quick and to the point rock album, you have a couple slow ballads like “What I Know” and the always sexually minded Nick Cave has more than a few tracks that are about as subtle as playing with your Twinkie during recess. “Worm Tamer” which was the second single from the album has Nick Cave singing about why they call his girl the Snake Charmer and why she calls him the Loch Ness Monster. “Grinderman 2” ends the way it starts with a fantastic greasy rock song sang with poetic lyrics courtesy of the sometimes author Nick Cave and when it’s all said and done hopefully you have your mp3 player on repeat cause when the first song starts again you’ll probably want to listen through it all over again. There’s nothing new or ground breaking on this record that’s different from any of Nick Cave’s old work but it’s a fun album and definitely is exactly what Nick Cave wanted out of it, he’s not trying to be anything he isn’t and he’s created another killer album to throw on while you’re sitting around having a couple beers or maybe even during a drunken night that may result in a walk of shame the next morning. If you catch my drift…did you catch it?
So if you don’t catch an STD after listening to this, you’re doing it wrong but you CAN catch Grinderman play the Commodore Ballroom November 26th. Tickets I believe are sold out but once you’ve cured your STD with what ever cream the doc gives you after watching the songs below, get on craigslist and snatch up some tickets. It will be a fantastic show especially since Mr Cave doesn’t make his way around here too often, don’t miss “The Dude” of Rock and Roll in the flesh!