Unlike the Santa Claus Parade, the Grey Cup parade will not be rerouted due to the Occupy Vancouver protest. The parade happens Saturday November 26th. The Grand Marhsal is Glee star Cory Monteith, Rick Hansen will serve as Honorary Grand Marhsal. Organizers state that close to 125,000 people are expected to take in the sights and sounds of the parade.

Parade Details and Map:
START: 10:00 am on Smithe Street at Hornby Street

FINISH: 12:00 pm at the Vancouver Sun FanFest in the Nissan Family Zone 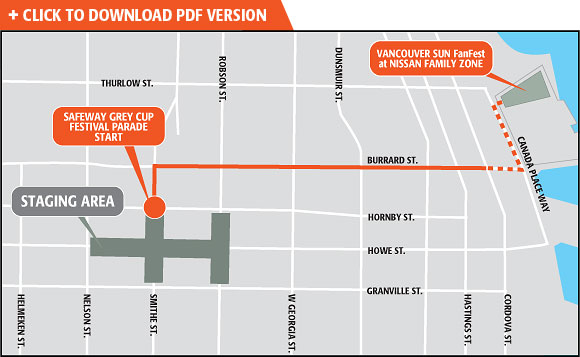