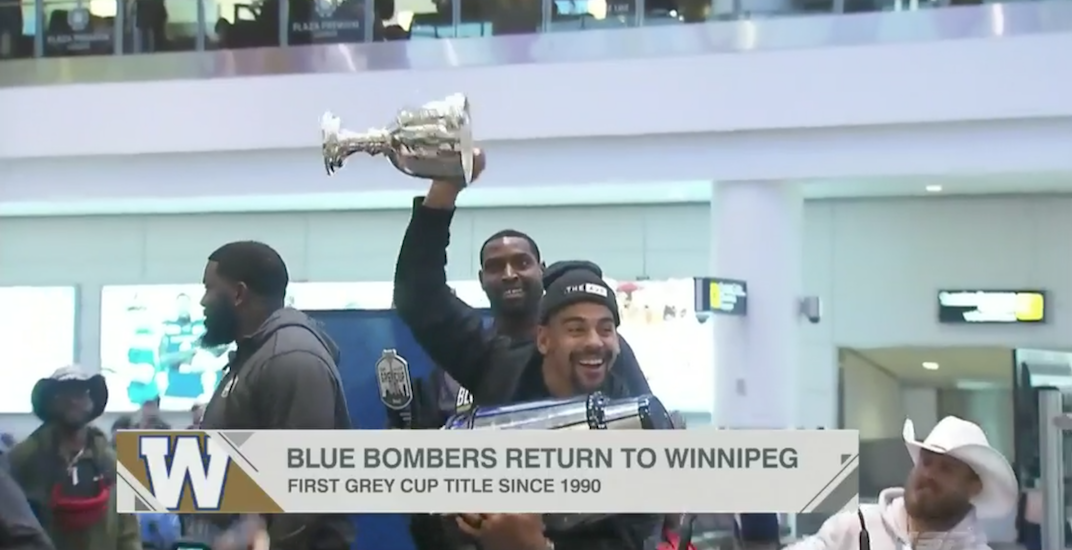 A 29-year-old championship drought wasn’t the only thing the Winnipeg Blue Bombers broke in the last 24 hours.

Defeating the Hamilton Tiger-Cats 33-12 for their first Grey Cup title since 1990, Winnipeggers celebrated in the streets on Sunday night.

On Monday, the champs returned to a hero’s welcome at the Winnipeg James Armstrong Richardson International Airport, with fans greeting the team upon their return from Calgary.

The Bombers paraded the trophy through the airport, though at one point it became clear that the Grey Cup was in two pieces. Somebody broke it.

This is the moment we for sure knew the Cup was broken.
Broke the drought, the streak, the cup. @raydawg189 pic.twitter.com/DkDhElQKEV

This isn’t the first time that the Grey Cup has been snapped in two. The 110-year-old trophy has been broken on several occasions, usually with the top of the cup breaking away from the base. 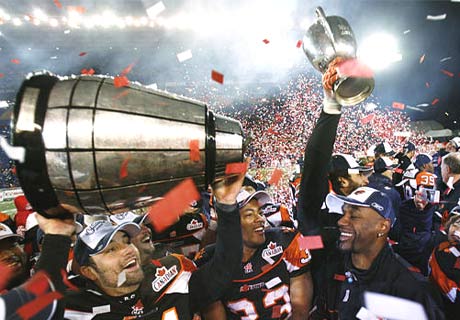 In 2012, the Toronto Argonauts broke off one of the handles. The trophy’s neck needed tape to hold it together in 1991.

The Edmonton Eskimos, for their part, have damaged it on three occasions, with a player accidentally dropping it in 1978, sitting on it in 1987, and head-butting it in 1993.

The Grey Cup survived a fire that destroyed the Toronto Argonaut Rowing Club in 1947. Calgary (in 1998) and BC (1964) have forgotten the trophy at their hotels before, while Winnipeg left a team celebration without it in 1984.

Former Argos kicker Mike Vanderjagt forgot the Cup at an Oakville bar in 1997, where it was stolen.

And finally, the Grey Cup was taken in 1969 and held for ransom — until Toronto police found it in a hotel locker.