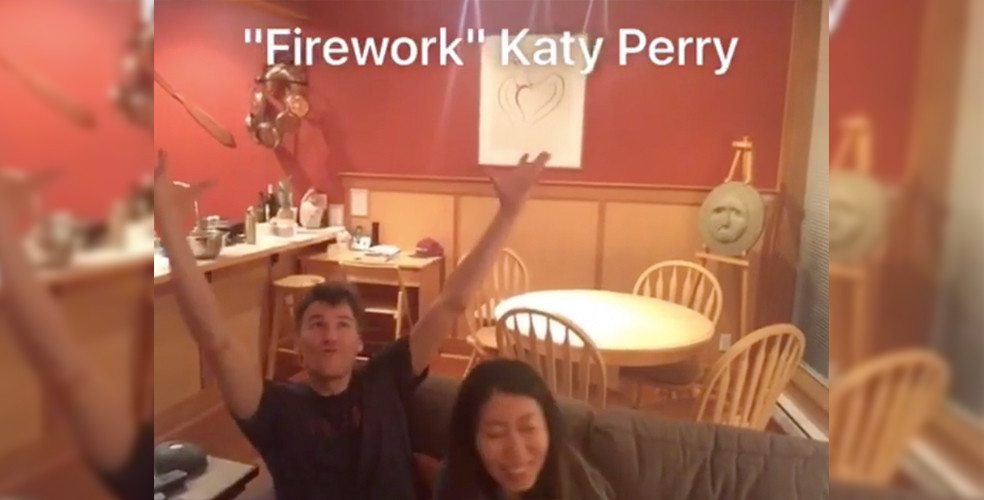 Wanting Qu posted a video on Instagram of her and the mayor playing Ellen Degerenes’s Heads Up game, and it’s pretty hilarious (although we’re slightly concerned about Qu’s off-key singing).

Take a look at the pair acting out Katy Perry’s Firework:

And this isn’t the first time the pair – is it fair to call them the darlings of Vancouver? – have played the game. Here’s Qu popping champagne, honking a horn, and just generally being loveable:

Alright, maybe their love can be a little nauseating…

At YVR now waiting to board the plane to LA for a month! Man, I’m gonna miss this human so much. My valentine, my love, my buddy, my companion, happy V-day and I’ll be back in no time! With lots of love and new music and stories to tell from the Grammys!! Thank you for your love! I love you baby! (To the moon and back!)

❤️ My rock. My friend. My muse. 18 months baby! #iloveyoutothemoonandback

I remember when I was in China in 1998, I snuck into the tv room at 4am to watch Men’s World Cup Soccer final live and bombed my final exam at 8am cause I was so sleepy and couldn’t stop thinking about the game! Hardcore fan! Today I got to watch the final live in my city #Vancouver , hosting the world’s best women! #wwc #hostcity #womenkickass #congratsUSA #goodspiritJapan A photo posted by Wanting Qu (@wantingq) on Jul 5, 2015 at 9:33pm PDT